Lawrence’s tribute to ABBA was one for the books

Lawrence’s tribute to ABBA was one for the books 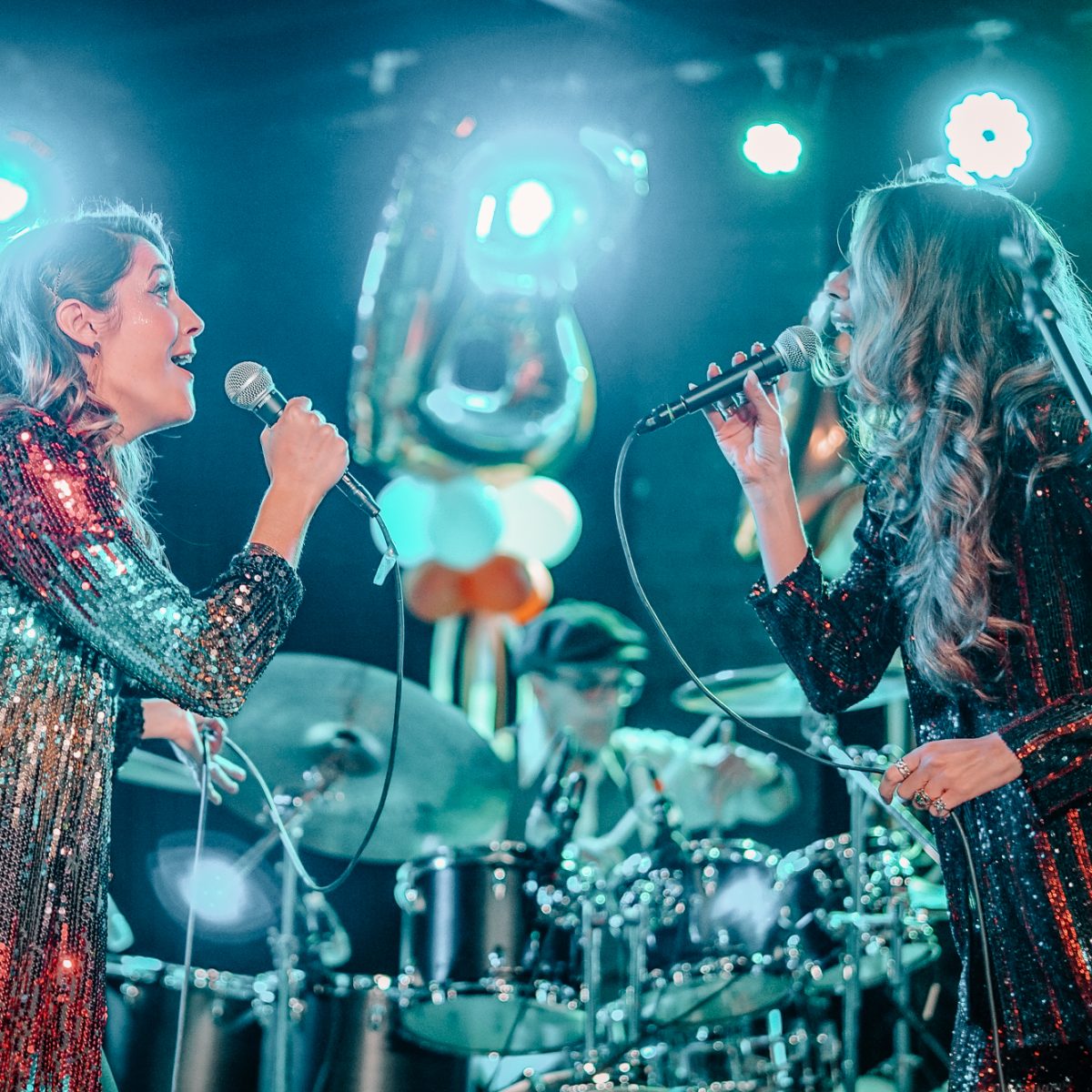 The Bottleneck may have very well been the loudest spot in Lawrence on Friday night.

That’s where a volcano of squeals, cheers, dancing, and sing-alongs erupted thanks to a mutual love of Sweden’s greatest musical export, ABBA. I Heart Local Music hosted the tribute to ABBA and mothers with the help of Unfit Wives, Bad Alaskan, Maria the Mexican, Party Party (with Katlyn Conroy), and drag queens Ms. Eda Bull and Rose Champagne. The bands, comprised of musicians who are also mothers, played ABBA covers while the drag queens did the “Mama Mia” versions.

The show attracted a wide variety of fans. Some were there because they loved ABBA, some were there strictly for the drag. But all came together under the excitement of live music’s return from a COVID holiday. When we tell you the sing-a-longs were tremendous! Even the musicians who took on a very different arrangement of ABBA songs somehow still had fans singing along. And the fashion! We saw so many sequins, you would have though a disco ball exploded in there. Velour, flower-power-prints, and sparkles dotted everyone in the audience.

There were so many memorable moments from the night, including watching Party Party invite Unfit Wives to join them onstage to belt out the harmonies in “Arrival.” Bad Alaskan provided such a unique, synth-heavy twist on “My Love, My Life,” while Maria the Mexican’s sister-duo nailed those oh-so-tricky ABBA harmonies in “S.O.S.” The audience never dipped or dissolved, they were in constant high spirits thanks to the drag performances in between (they particularly lost it for “Dancing Queen”), so fans remained planted in the near-capacity venue right through Unfit Wives’ closeout rendition of “Mama Mia.”

The show was lovingly brought to you by support from local sponsors LADA Salon, River Rat Print and Skate, Tom Harper, and Wonder Fair. Just-Us League Cosplayers and Save Our Schools were also in attendance rallying the troops.