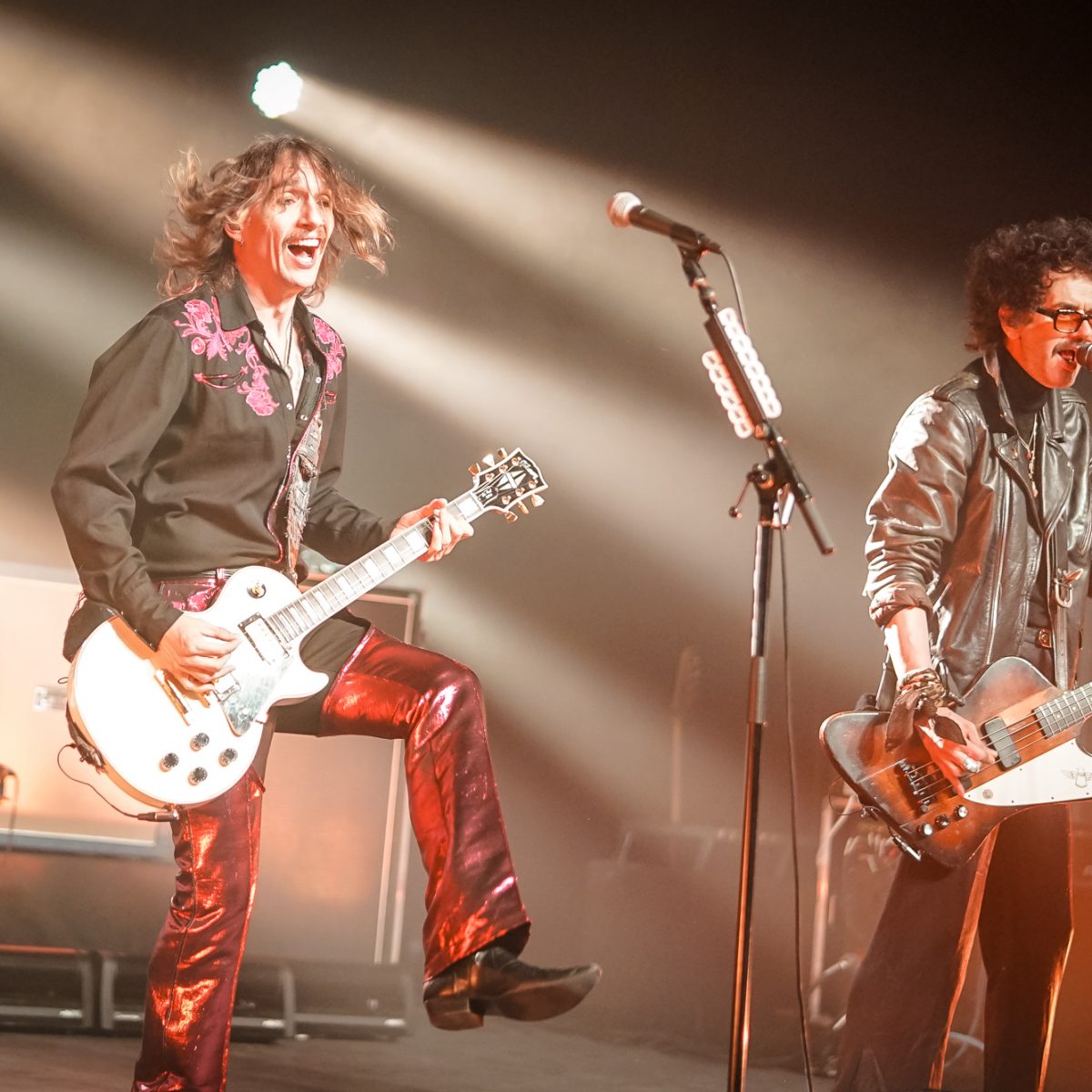 About every five years, The Darkness rolls through Kansas City; and each time we’re treated to a new experience with the band.

The British rockers subscribe to the old school showmanship of rock-and-roll. Justin Hawkins’ Dr. Rockso-esque personality makes for a wildly entertaining stage-show, accompanied by expert musical stylings from guitarist Dan Hawkins, bassist Frankie Poullain, and drummer Rufus Tiger Taylor. The band previously toured through Kansas City in 2013 and again in 2018 (a show from a tour we still consider one of their best to date). Saturday night’s show was less about showing off and scaling walls, and more about showcasing the staying power of the band’s perfectly-constructed rock ballads.

This was The Darkness’ opportunity to not only introduce the songs off of Motorheart, just released last Fall, but to pull fans out of their post-pandemic funk. No, the pandemic isn’t over. But during this clear spot after a gnarly two years, the riffs and sweaty stadium-rock sound of The Darkness may be just what you need. The Darkness is indeed a band for people who truly live and breathe rock-and-roll.

They were joined by Nashville’s The Dead Deads, who are easily one of the best new rock bands we’ve seen in years (YEARS, WE SAY!). This trio is everything I would have wanted in a band growing up. Less brooding and more action make us all a little healthier. They were energetic as hell, cool as fuck, riffs for days, and honestly had the best drummer we’ve seen in a long time (we could not take our eyes off of her). If we’re lucky, and this tour hasn’t exhausted them, they’ll come back on their own headlining tour.

Lawrence's tribute to ABBA was one for the books