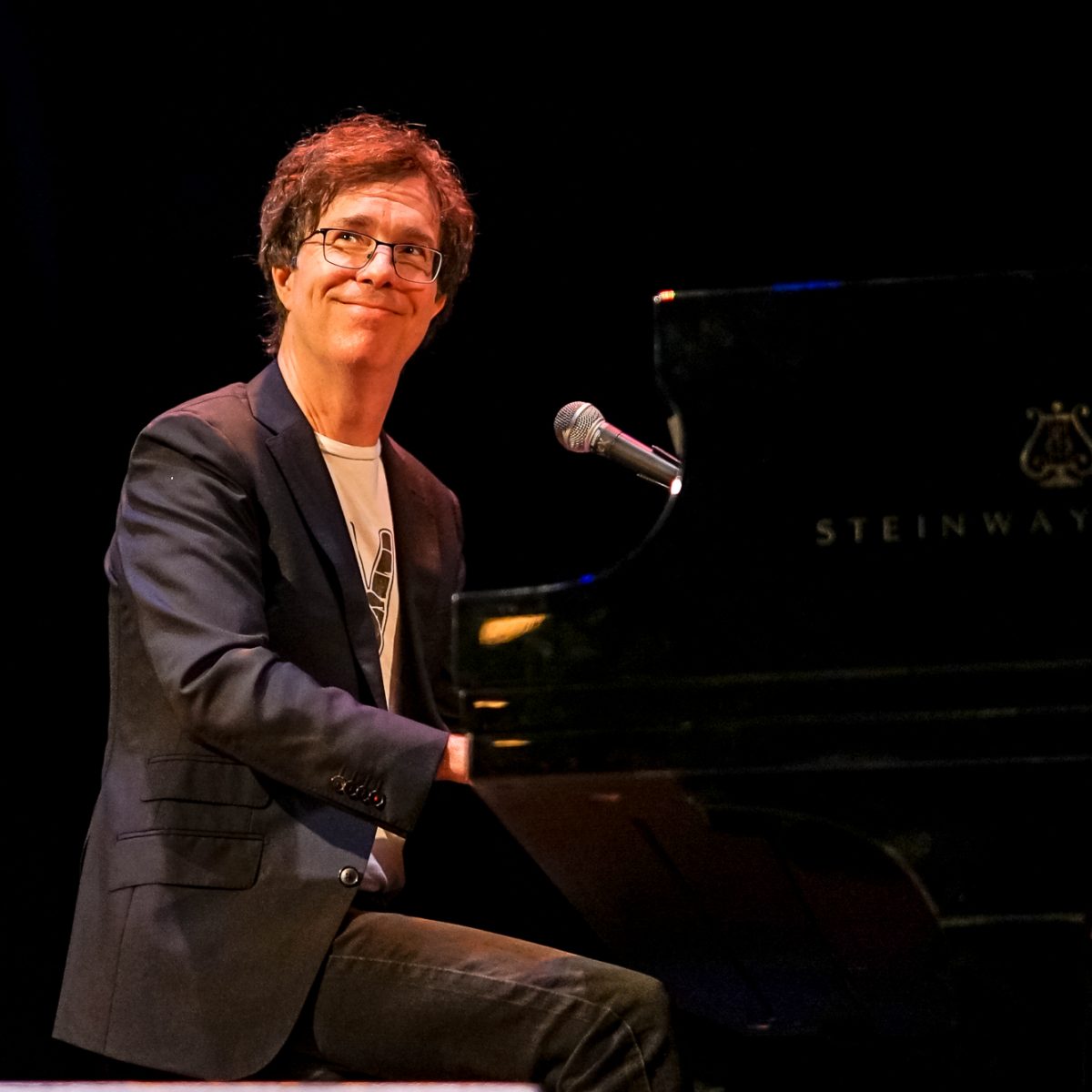 Between hosting a podcast, playing with orchestras, recording a new album, and writing music for the new “Peanuts” film, Ben Folds is still managing to find new and exciting ways to keep audiences eating out of the palm of his hand with little more than a Steinway piano.

On Wednesday night, he sold out Liberty Hall and then some. This was a seated show, but a few “Standing Room Only” tickets were released, leaving super fans smashed up against walls and corners of the historic venue. Dubbed the “In Person Actual Live For Real Tour,” some dates featured the piano man playing with a full orchestra, but most were just solo sets. His Lawrence stop was in the early stages of the tour, and he soldiered through it with a cold of some sort, promising the audience that his cracking voice was “going to stop about three songs in, you’ll see,” before adding “At least my fingers don’t do it, too.”

Ben Folds played for nearly two hours, and that is no small feat when you’re performing solo. But it flew by thanks to his exciting onstage presence. Despite his cold, his physicality was on full display as he pounded away at the keys (and the pedals), sometimes lifting his leg in the air, standing up, and waving his arms about. Those who sat in the balcony had a great view of his hands flying up and down the keys, sometimes at increasingly impressive speeds.

A two-hour setlist with nearly zero downtime between songs covers a lot of discography, but he got chattier as the night went on. The audience also felt more at ease. They began singing along from the very first song, but by the time he got to “You Don’t Know Me,” the entire audience was now playing the part of the second member of this musical act. What’s even more impressive is how quickly they harmonized, mostly in key. Folds ended up relying on the audience from there on out. “It would be great if you could all collectively be Regina Spektor,” he joked.

This had to have set the record for most sing-alongs at the Hall. If you weren’t familiar with the Ben Folds fandom, this was a good introduction. He even noted how “99 percent of audiences clap on the wrong beat,” but this crowd played it cool (limiting the clapping and instead standing in as his backup choir). Anecdotes and stories came out closer to the end (he recalled a young Jason Sudeikis helping him load his large piano into the Bottleneck back in the day, a story we’ve heard multiple times from industry folk), and his vaudeville nature came out on “Army.” But it was the connection with the audience that took center stage at this show. It was a good crash course for the sentiments and love surrounding the longtime musician, it’s no wonder the show sold out so quickly.

He was joined by St. Louis’ Lizzie Weber, a soft spoken musician whose lyrics packed a punch with tales of life and its hard knocks (but through a delicate voice crooning over acoustic guitar strumming).