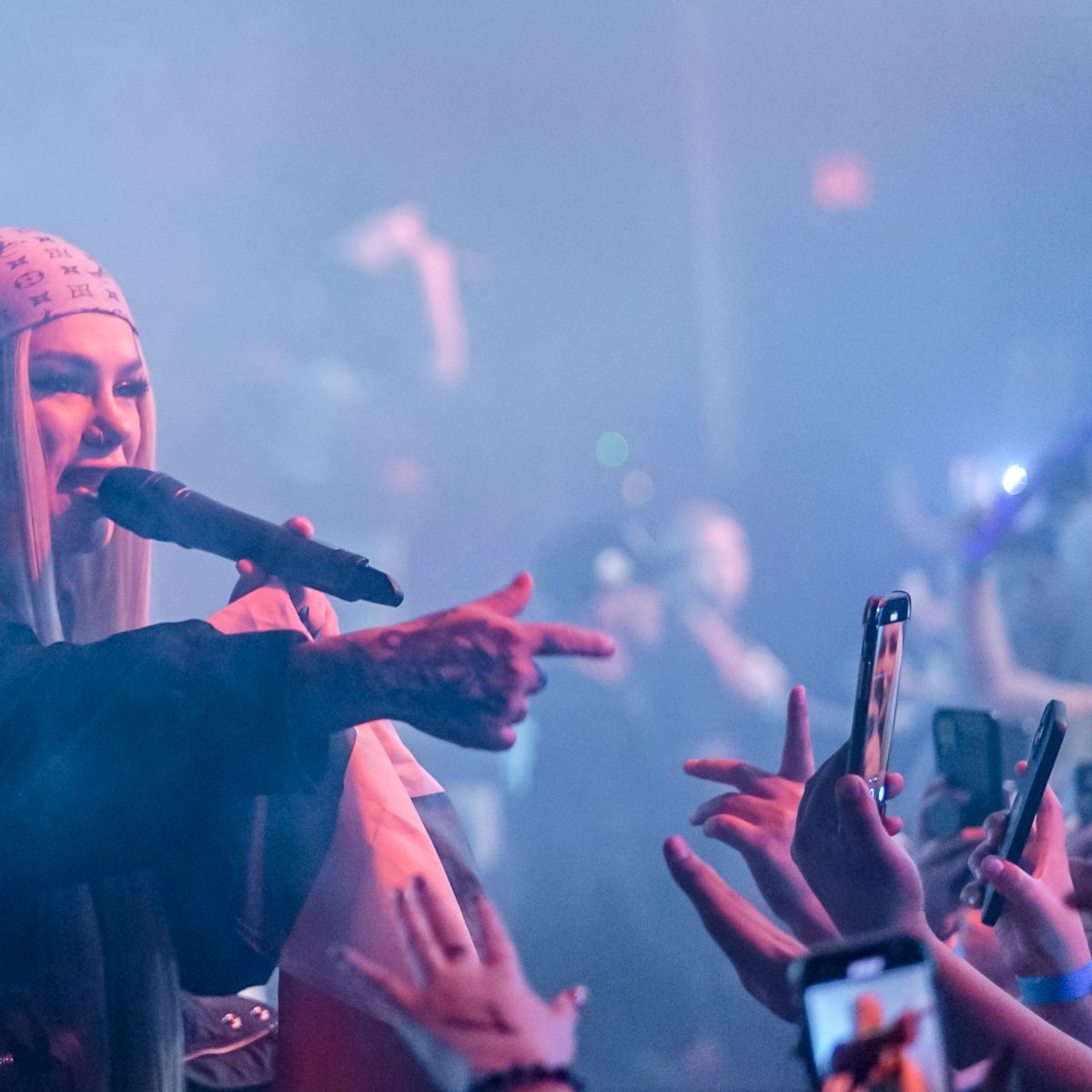 We’ve often lamented that there’s not often a steady place to see hip-hop shows on the regular in Lawrence (other than the Replay). But on Saturday, a grand stroke of luck happened when three venues hosted stellar hip-hop lineups Downtown.

We briefly stopped in at each venue to see how the night progressed (keep in mind, we caught only a hot second from each show, so we didn’t see everyone). The evening began with a hefty lineup at The Bottleneck, organized by heavyweight Steddy P. He brought along Winner’s Circle, Jet Moran, Cuee, and more up-and-coming acts making quick appearances on the stage. Jet Moran had Milkdrop on the mic and Approach providing beats in the back. He gestured at them and said “We got two legends up here!” to which an audience member, in a heartwarming show of support, replied “You got THREE!”

The night progressed with a touring act selling out the Granada. Snow Tha Product played to a very enthusiastic crowd, along with openers Shogun Jizzol of Topeka and Silent Ave of Lawrence. There was a remarkable amount of children at this show, and many were squished on the back of the stage behind the headliner and her crop of backup dancers and vocalists.

Down the block at the Replay, Oklahoma-based legend Marcel P Black returned after a triumphant show over the winter. The man has such a commanding presence, it’s hard not to fall hard for his vibe. This lineup included local legends Approach and The Royal Chief (two artists that are constantly in creator mode, releasing new music and videos), as well as Tulsa-based Shyheim, who appeared on Fire in Little Africa, a collaborative album commemorating the 1921 Tulsa massacre.

The I-70 corridor has a treasure box of local hip-hop, and many were on display this weekend. This is a genre that, in this part of Kansas, has artists invested in the scene. They often make sure the book each other in their respective home base cities, and exude both social issues and love for their community in their music. We hope this is a trend that will continue throughout 2022– and it just might (word is a local hip-hop festival is coming this Summer).