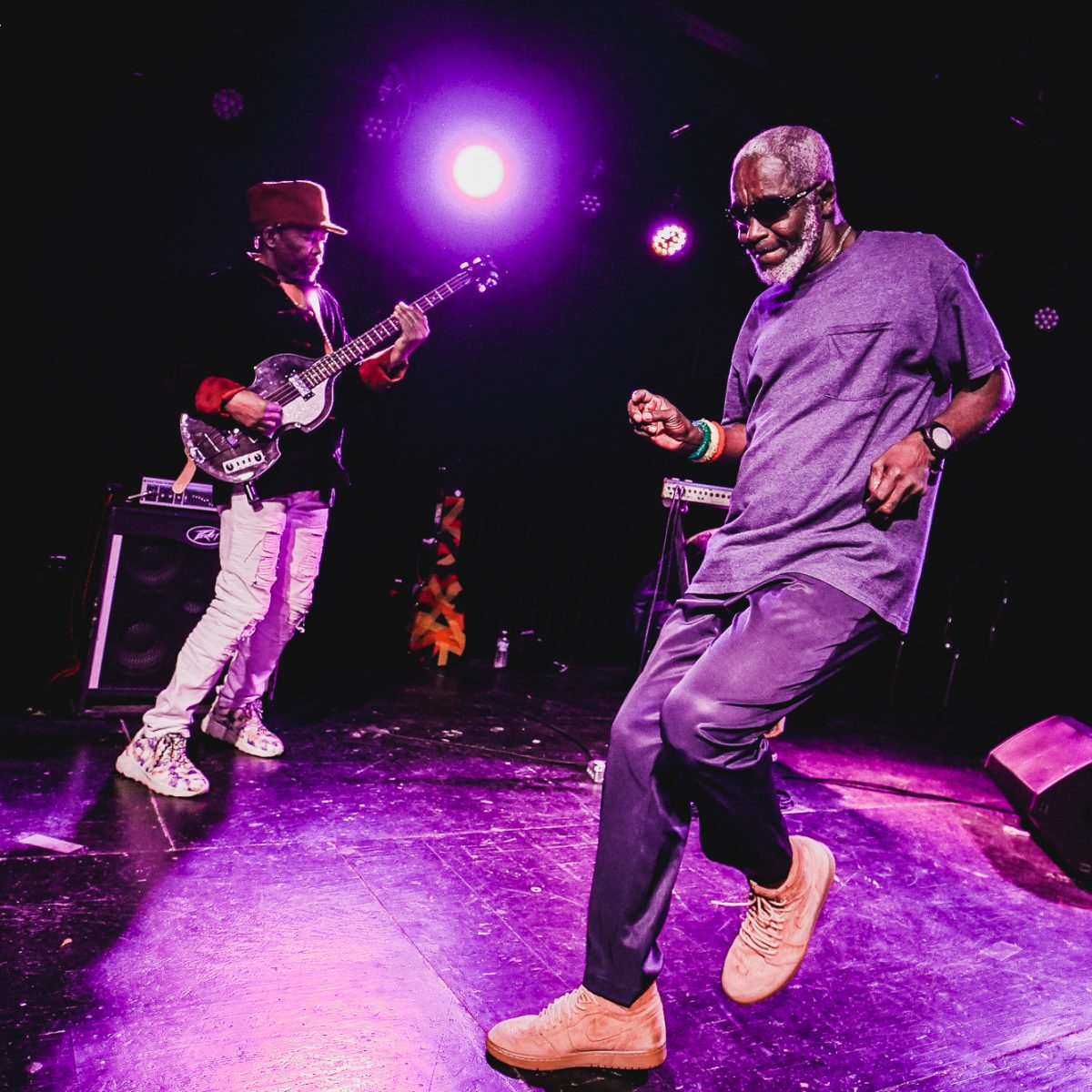 It was pretty lit at the Bottleneck for a Monday night.

Ghanan musician Ata Kak brought his newfound fame to the Bottleneck for his first U.S. tour. After releasing electronic and dance music, the Ghanan artist then remained quiet for more than 20 years before (U.S.-based) record label Awesome Tapes from Africa signed him, along with several other musicians. This brought him a sudden burst of notoriety in the U.S. and, thanks to some trend-chasing hipsters, he drew a reasonably fun crowd at his Lawrence stop.

This is a man who loves the stage and working a crowd (which he is very, very good at). He danced and shuffled all across the stage (we loved watching his bassist work the crowd with his upbeat maneuvers as well). Most of his lyrics are in Twi language rap, but the great thing about music is that it breaks down language barriers. The crowd was happy to sing along where they could, mostly for parts where all they had to do was yell “Yeah!” or “Go!” on his seven-minute party anthems. If you’re the average white American, this was fun as hell. If you’re, let’s say, the child of an immigrant (like yours truly), this was fun as hell but also reminiscent of when the cool uncle shows up to the wedding and gets all the cousins to dance.

Longtime Kansas City musician and jack-of-all-trades Les Izmore opened the show. We’ve seen Les in many iterations, but this was his most polished yet. It was like if you left Childish Gambino alone with a looping machine. This man can make music in any form, and our favorite bits from the show where all of his loops were just various vocal tricks layered on top of one another.

Not so newish but new-to-us band Silicone Prairie also opened the show (hell yeah, a saxophone!) with a pretty great indie rock set with so much liveliness and energy, we envision them headlining a venue like the Replay pretty soon.

Photos from the show after the video: