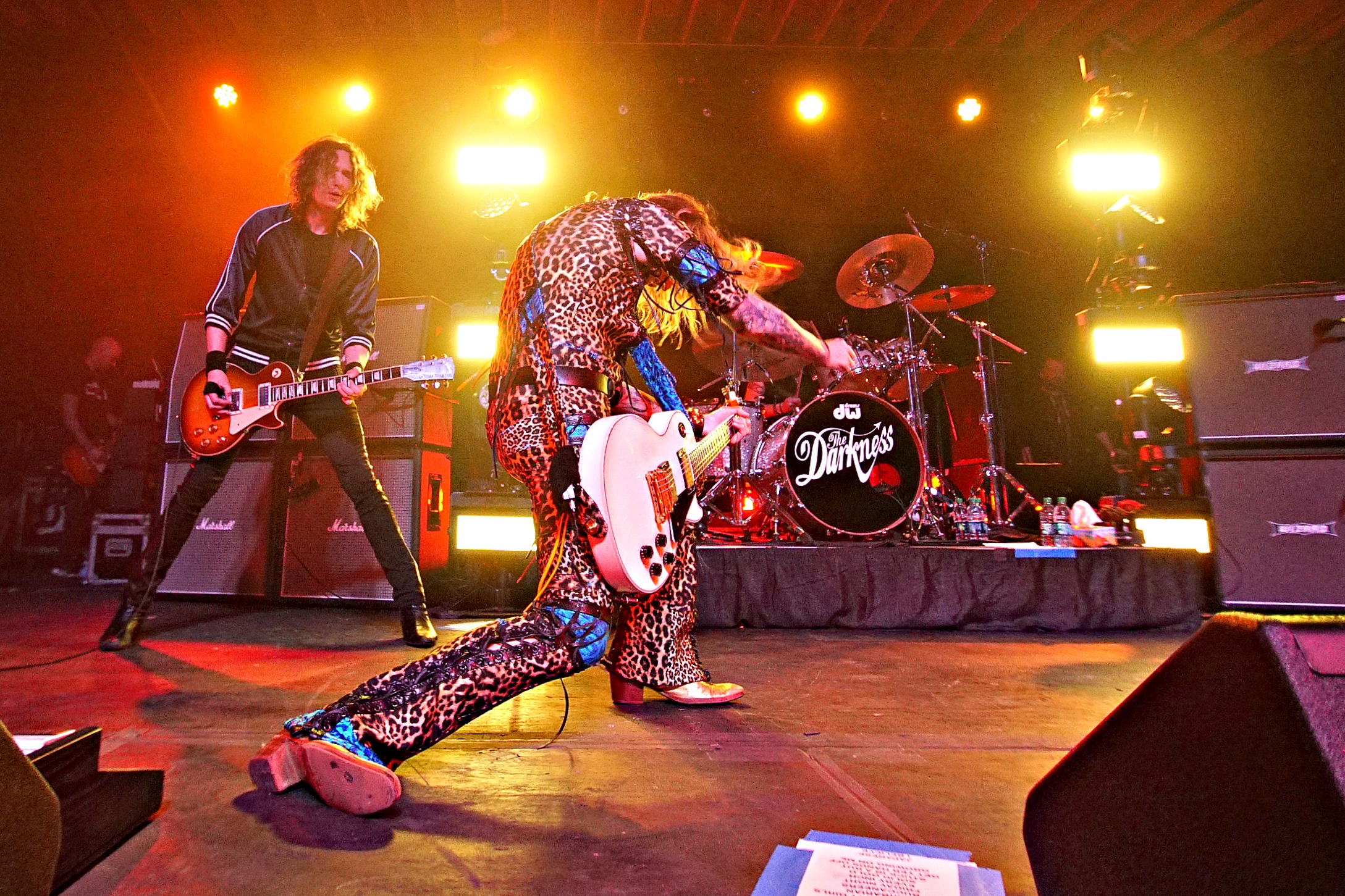 On a lazy Sunday night, two outrageous bands lit a fire under Kansas City’s butt with rock and roll so good it should be criminalized.

The Darkness popped into The Truman and doused their fans in style, sass, and excellent musicianship. Frontman Justin Hawkins stormed the stage in a brilliant cheetah-print getup, complete with a large cape that he triumphantly threw on the ground right before the first song. Hawkins, along with his brother Dan (the Brian May of our generation) and highly-fashionable bassist Frankie Poullain, dove into their signature guitar tricks and fancy-as-fuck stage maneuvers.

It was an oddly intimate set, not because of the size of the crowd, but because of the efforts put forth by the band to connect with every single member of the audience. Hawkins chatted with them often, made a point to look folks in the eyes and talk with them, and even at one point started plucking accessories off of fans (a KC hat, high-prescription glasses) and donning them for a song or two. He wrote a theme song for a fan on the spot, and induced several singalongs to tunes off the night’s setlist, including “Friday Night.”

When he wasn’t running around wailing on his guitar (or throwing it behind his back during a solo), he often dove into some acrobatics that involved headstands and great leaps of faith off the drum stand. When it comes down to it, Hawkins is the ultimate frontman. He’s chatty, charismatic, physical, athletic– but above all, he crafts a show full of music for people who live and breath fun.

Complete fucking animals Diarrhea Planet opened the show with an all-out frenzy. The many-membered band caused an absolute ruckus as they lunged into the audience, crowd surfed, and delivered one headbang-worthy song after another. There’s nothing quite like a Diarrhea Planet set. We’ve seen them play SXSW sets early in the morning that got even the sleepiest attendee thrashing, and Sunday’s furor was no different. The guitar-heavy rockers often thrust their guitars into the air, much like a battle ax, as though they were vikings leading you into battle. It made the large space within the Truman feel like an intimate state of hysteria. It was absolutely brilliant.