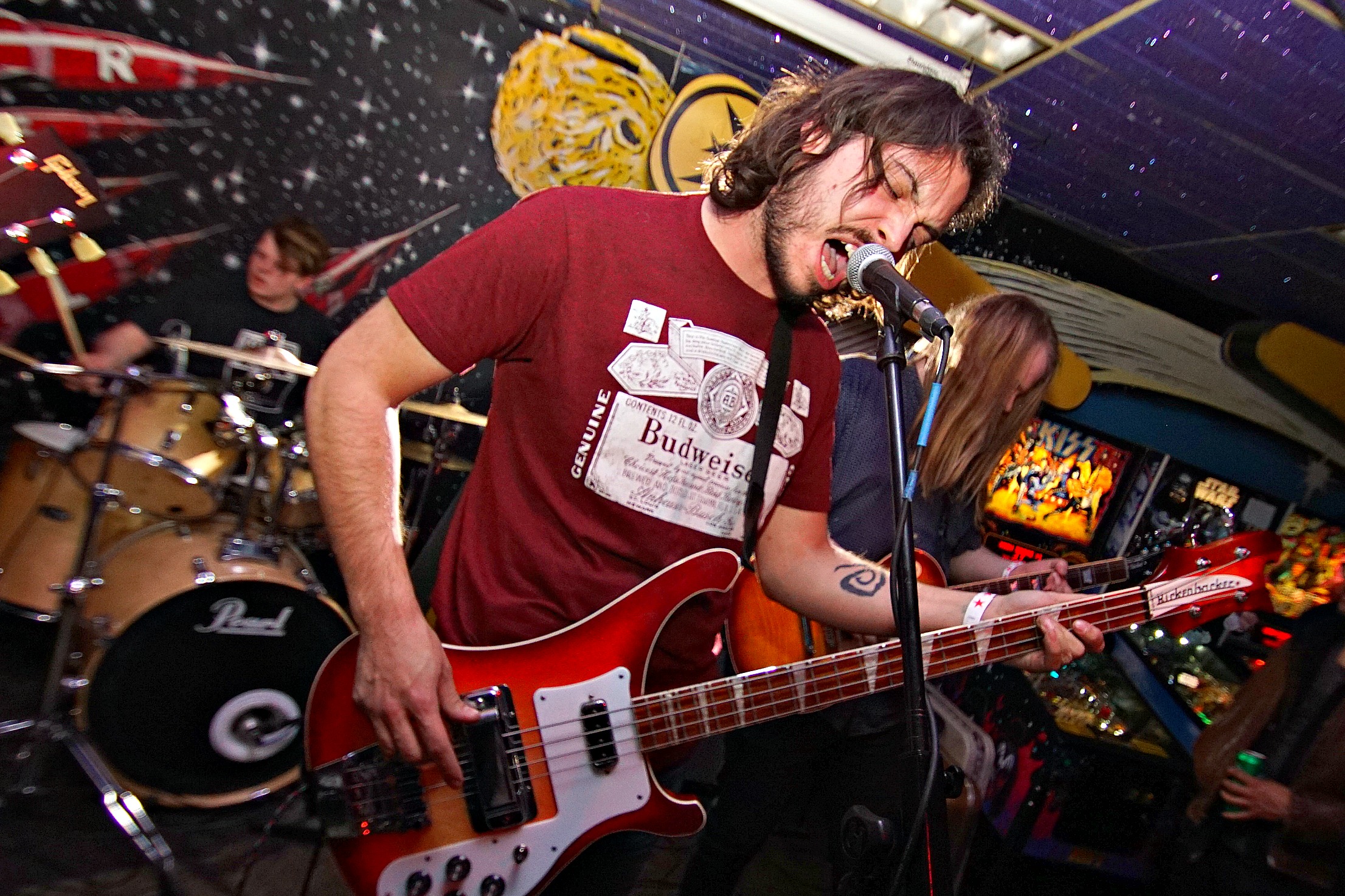 As we noted earlier, Scruffy and the Janitors have released one of the most exciting albums of the year.

They celebrated this release with a lively and spirited performance at the Replay on Saturday. The Missouri band has been a longtime staple in Lawrence, building strong bonds and camaraderie with other local acts. We’ve been covering these musicians since they were teenagers with X’s on their hands– since those days, the three-piece has added a fourth member, and their songs have only gotten wilder and more headbang-worthy. With this ascension, an advancement in their songwriting (and performance) has been gifted to their fans. Their tracks now border between that youthful angst and confident buildup that comes with age. The result: a rock band that’s easy to adore no matter the listener’s age.

Though they didn’t play their standout track, “You Got Hit,” (embedded below), they did power through a number of songs off of Modeling is Hard, each song progressing to a harder, faster throw-down. You can watch a clip from their show below:

Watch: Lesser Pleasures at the Replay