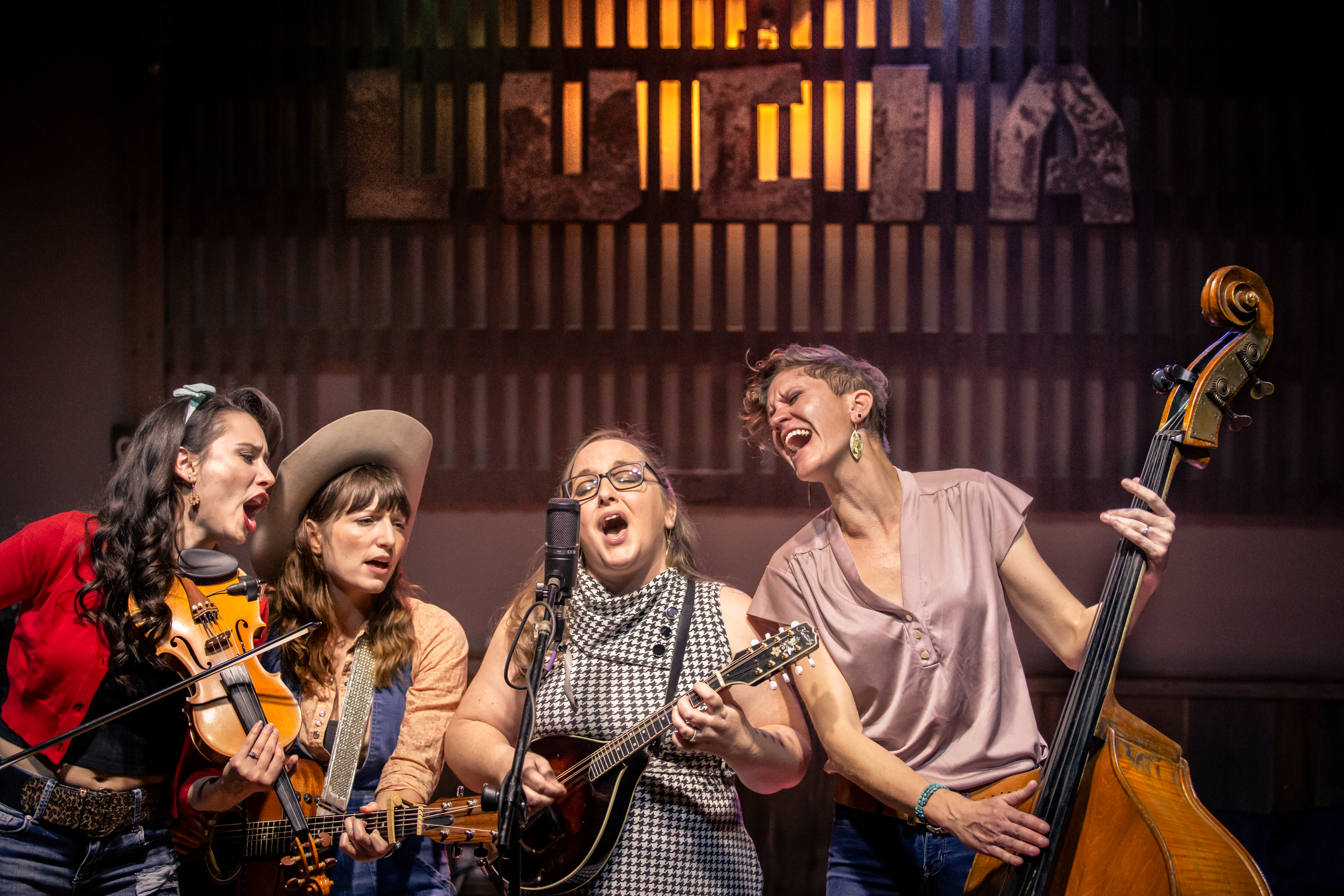 It’s incredible to think of what a difference a year can make.

Nearly three years ago, Jenna Rae was hitting the Lucia stage with her band, Playing for Horses.

After a bit of rebranding, she reemerged into the local scene with Unfit Wives. They made a big splash at Frank’s in January, and it’s only gotten better since then. By the time Summer hit, more than 600 people had RSVP’d to an early evening indoor gig they scheduled at the Replay, a venue that holds only a fraction of the guest list.

They’re one of those bands that can keep playing consistently in Lawrence because the fever is high. The fans love their trash talk (a song that proclaims “Damn That Man!” is one of their more popular hits), and their ability to relate to everyone. They drink, they swear, and they won’t clean the house for company– and sometimes, their fingers bleed when they play. Their Lucia show on Saturday night wasn’t their rowdiest, but it was one where their fans were the most vocal. “By God, get these girls some DRINKS!” we heard one fan yell.

Unfit Wives have helped define the nature of bluegrass shows in Lawrence. It’s all good vibes and laid back demeanors, despite the furious performance happening on the stage.

You can watch a clip of their show below, and catch them live two more times before the end of the year.