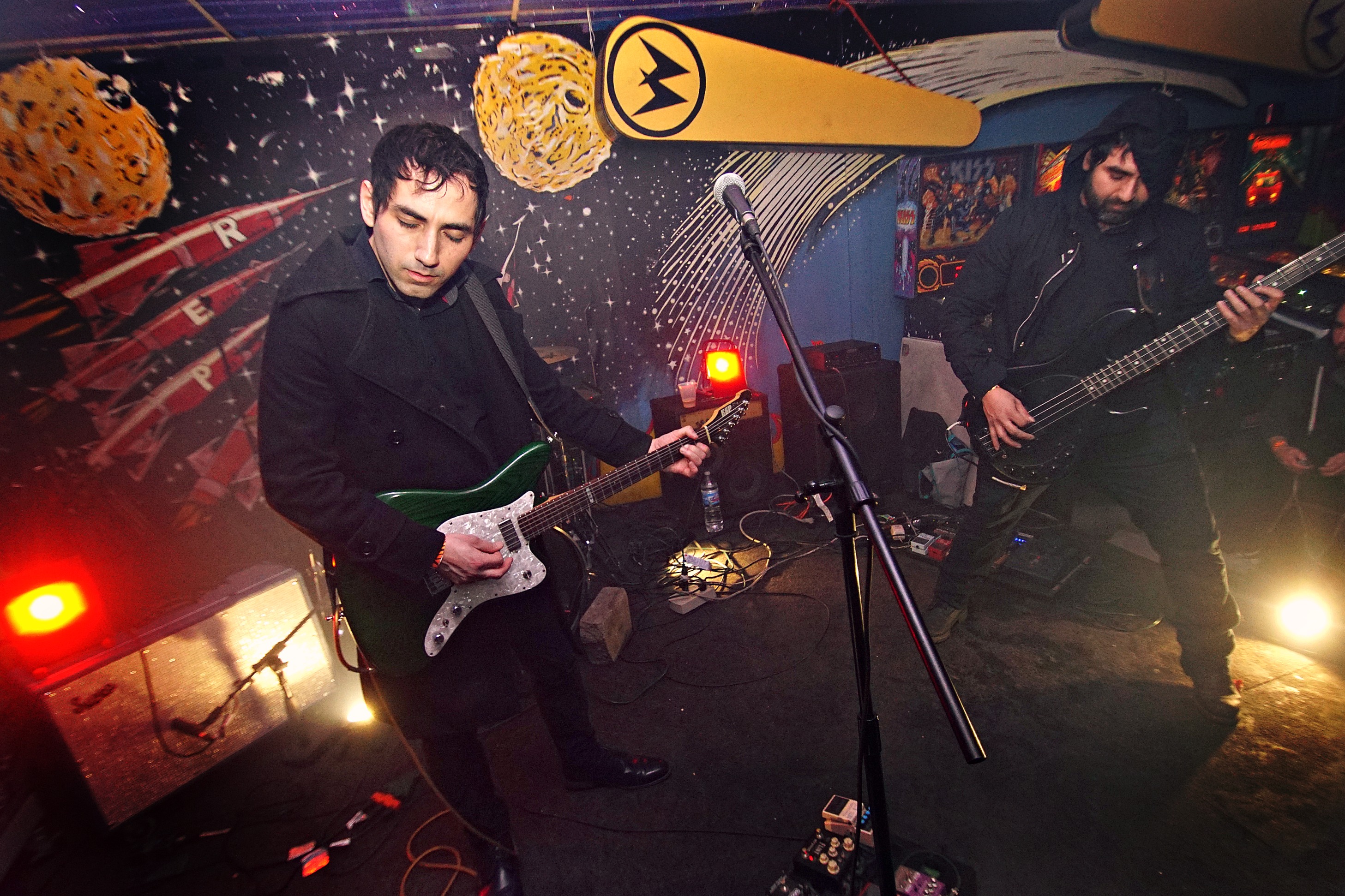 An exhilarating night erupted at the Replay on Friday thanks to bands taking their musical ability to new heights and thinking outside of the box. New Obsessions, who headlined, absolutely should be your new obsession. The band, fronted by Jorge Arana (the expert experimental guitarist of Jorge Arana Trio) delighted with a thrilling industrial act. He brought his fast-fret know-how to this new act, indulging audiences in a very new wave feel complete with a flashy light show and enthusiastic bassist. They’d pair well with Serene Fiend and UltraVivid.

Various Blonde returned to Lawrence with electrifying psych riffs and rousing wailing. CS Luxem started off the night with a new venture– and just in case you were confident in your music career, Luxem has decided to one-up everyone. The longtime Lawrence musician played guitar, drums, and sang at the same time, accompanied by brothers Bobby (of Karma Vision) and Ben Sauder (of No Magic).