We couldn’t decide which local band to see Friday night, so we saw all of them

We couldn’t decide which local band to see Friday night, so we saw all of them 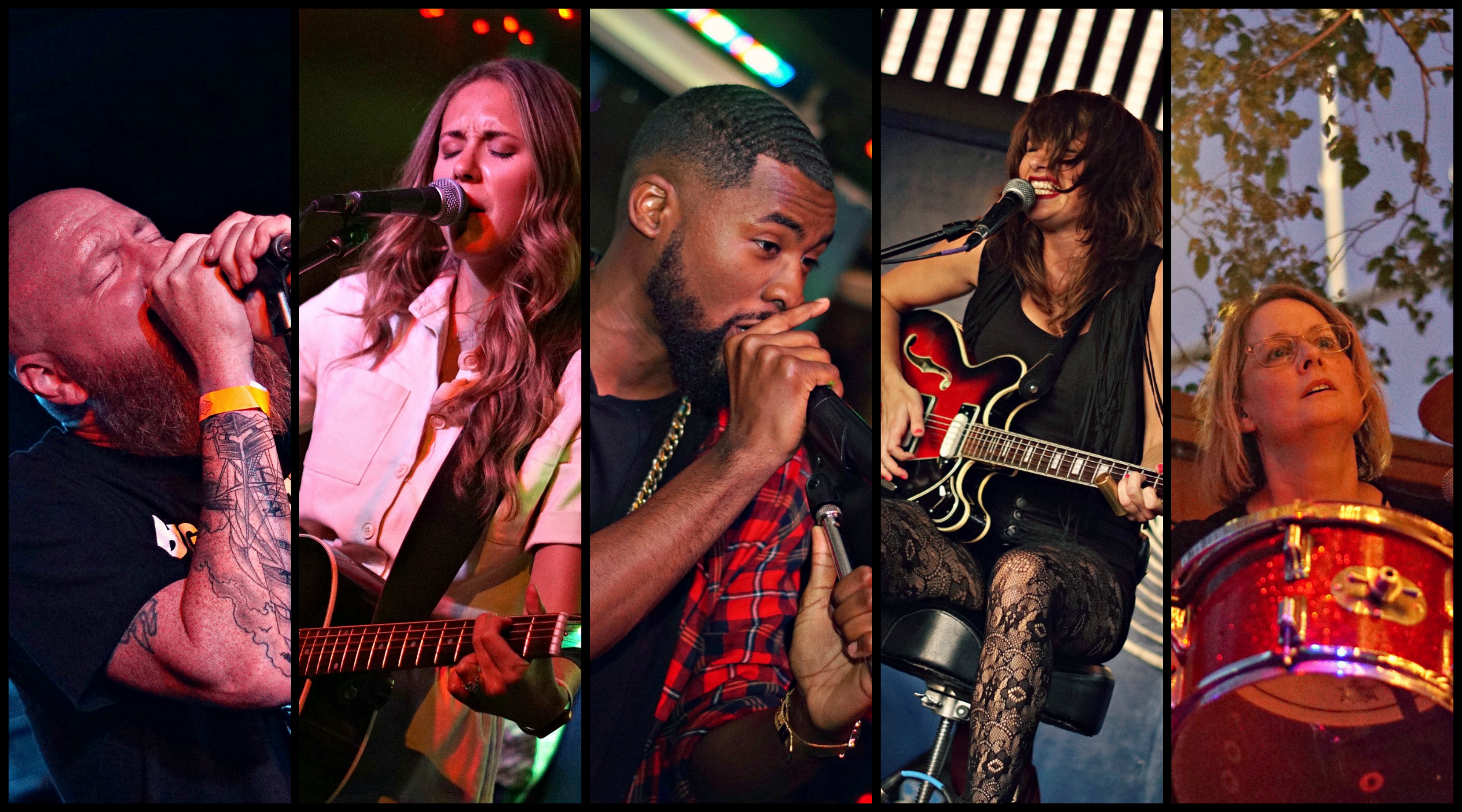 Friday night was a pretty banner night for the local music scene. There were so many good shows spanning so many genres and catering to such a wide variety of audiences, we had a hard time deciding which show to cover. So we decided to just go to all of them. Well, almost all of them. We went to see quite a few bands– and at each show, the venue was pretty packed with music-lovers who were grateful for a break in the floods and rain. Here’s a quick glance at what local bands were doing on Friday night in Lawrence.

Our hot take: This was the first show of the night, and it featured two solo performers. Molly Gene hails from Missouri, but is well-known (and deeply adored) in Lawrence. Her rowdy slide-guitar pairs nicely with her boot-stomps and growls. She was joined by local folkster Monzie Leo, who wooed the crowd with his beautiful voice and sincere tunes.

Band/Act: Cory Phillips and the Band of Light
Genre: Funk
Venue: Lucia (early show)
Cost: Free? No one came to take money from us, anyway.

Our hot take: Cory Phillips plays some serious funky music. He’s joined by seasoned locals, some recognizable from various other projects (Michael Hamm). Sporting an uber-soulful voice (and suuuuper sultry lyrics, at times), Phillips’ vocals are like that moment where you have a nagging itch on your back and you can’t reach it no matter what but then someone with thick, rough fingers comes up and scratches it for you and they hit that sweet spot. Yeah, that’s what it’s like.

Our hot take: It seems like everywhere we turn this Summer, Maria the Mexican is playing a show. In fact, you can see them NEXT WEEK when they help raise money for RAICES, an organization that provides legal aid to immigrants detained in concentration camps at the border. Maria the Mexican is a family affair, sporting a deep love and appreciation for their culture and musical genes that have been passed down through the generations (the sisters are direct descendants of the founder of the famed Mariachi Estrella group out of Topeka). Every show is a can’t-miss affair. But the best part is when older couples get up and dance cheek-to-cheek.

Band/Act: The Shebangs
Genre: Surf/Indie
Venue: The Gaslight
Cost: Free? Again, we couldn’t find anyone to take our money.

Our hot take: If you’re wondering where all your older friends (the ones who are full of cool stories about the scene from 30 years ago) were at, they were huddling together at the Gaslight. The Shebangs aren’t an active band, but they were well-loved back in the day. So when they got together for one of those rare, one-off reunion shows, the town showed up. They packed into the Gaslight to watch them play with The Red Planet (who we didn’t get to see, womp womp) under the last beautiful Summer sky before school fires back up.

Our hot take: Crowbar was the big headlining band at the Bottleneck on Friday, but we stopped in to catch one of the locals. First off, it was a little disorienting walking into the Bottleneck because for a hot second we forgot we were waltzing into a metal show and were temporarily lost when we walked into a sea of black shirts. Like, everyone was wearing a black shirt and we couldn’t see anything, had no idea where the fuck we were, or what year it was because we walked into literal darkness in this musical black hole. After snapping back into reality, we were treated to The Soiled Doves out of Topeka, who were rad as hell. They put on one hell of a show, though their future is uncertain. They may be calling it a day soon, but not before an upcoming EP release. If you get the chance to see them soon, don’t sleep on it.

Our hot take: Again, Lucia was hopping. The country show at the Granada had just released by the time this Kansas City group took the stage, so random fans were filtering in off the street. We’ve mentioned it before, but it’s worth repeating: Lawrence loves a good sax man. Stranded in the City was smart to put theirs front and center, as he was treated to applause after every solo.

Our hot take: You really shouldn’t sleep on The Royal Chief. He provides one of the most exciting hip-hop shows in the area, and he’s just upped his game now that he plays with a full band. There’s still a DJ tucked into the back, but having live percussion and instrumentation really gives him the full sound he deserves. His fan base was ready and pumped to party with him, and he planned his pacing in such a way as to work them into a frenzy and keep the momentum high.

Our hot take: Yes, we know… no matter how your night goes, everyone ends up at the Replay. The dance floor is where everyone goes to make a scene, but inside is where you go to party. On this night, Thighmaster opened up the show with beautiful, breezy tunes and two singers named Max. The Creepy Jingles followed with their perfected brand of garage rock. They’re based out of Kansas City, but growing a pretty strong fan base in Lawrence thanks to their 2019 release.

Our hot take: We think this guy’s name is Joel Malone (which sounds like a really cool detective name). He’s spent most of the Summer parked in front of Minsky’s, busking on an electric guitar. He seemed jovial and up for whatever, and was fun to watch while catching our breath between shows.