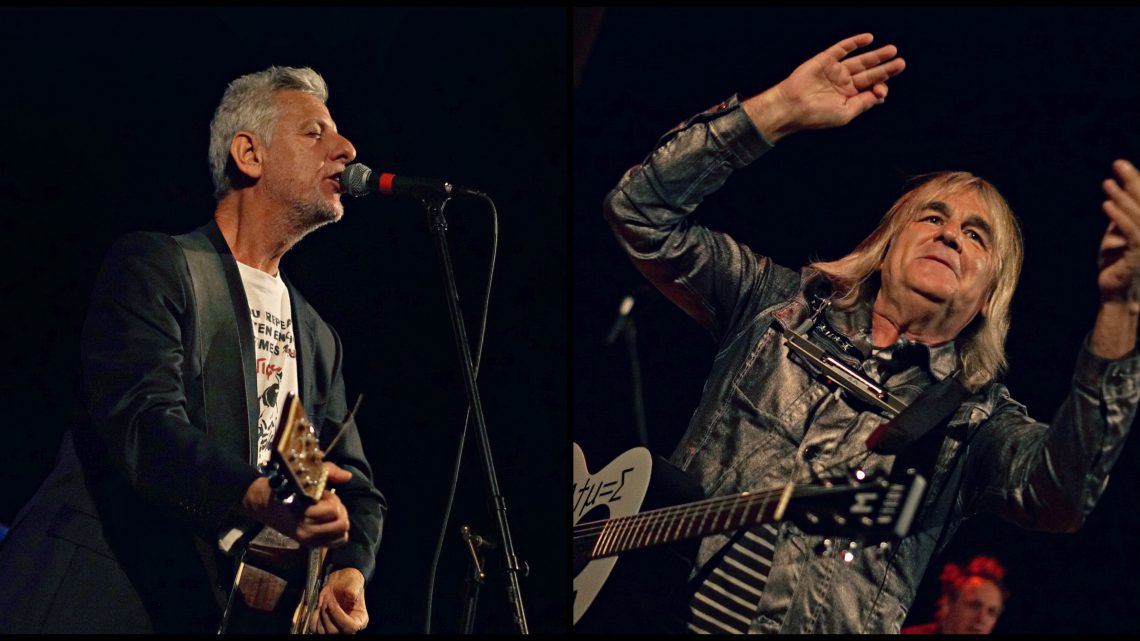 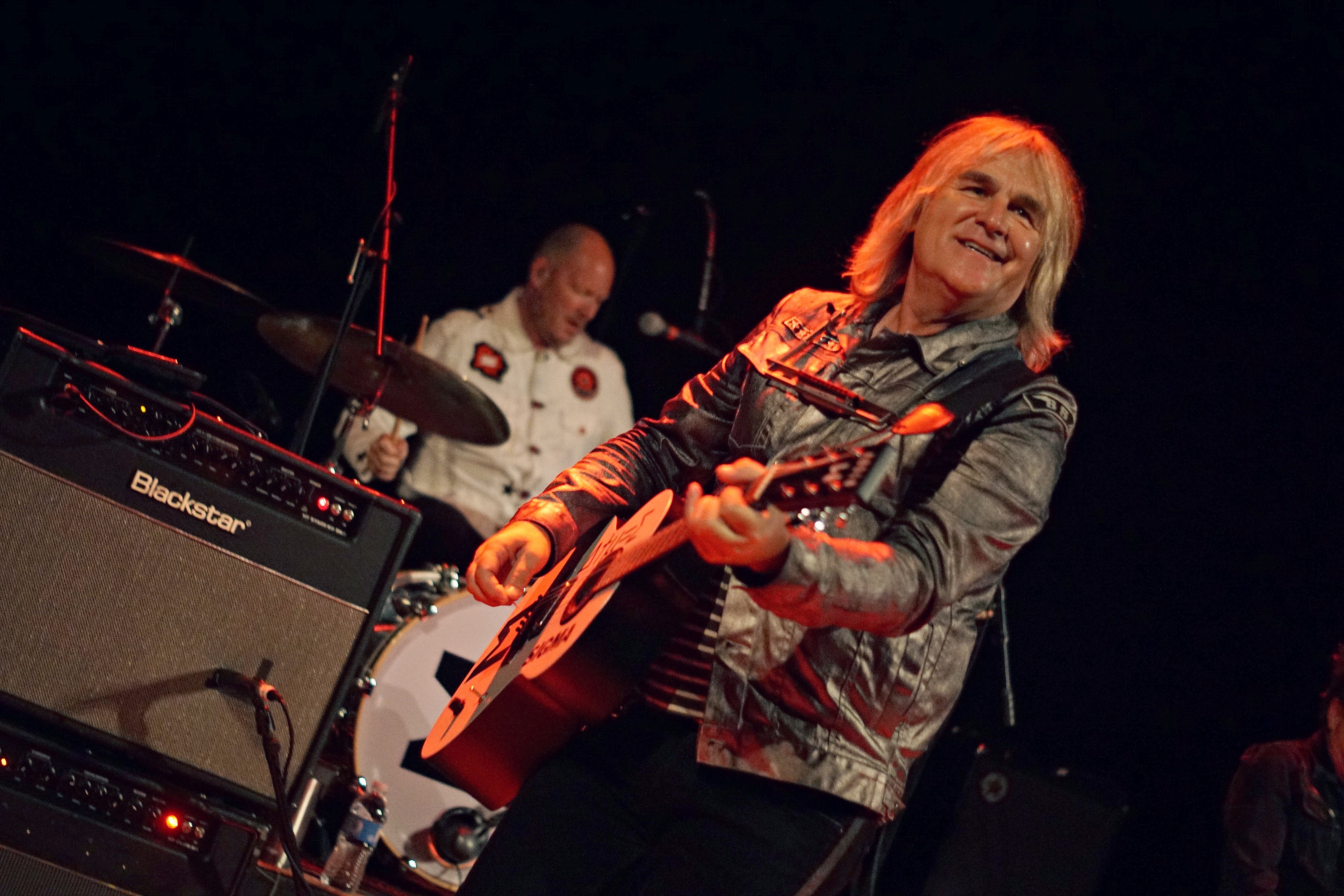 The Alarm / Photo by Fally Afani

You really can’t tell that Mike Peters has been through hell and back. The frontman for The Alarm was so active and lively onstage at Liberty Hall on Saturday, you likely broke a sweat just watching him. He darted between three microphones nonstop over the course of the band’s set– and when he wasn’t singing, he pranced about between the verses with his guitar and harmonica strapped on.

It’s no secret that Peters has miraculously survived an aggressive form of cancer. He also had to watch his wife and bandmate Jules battle her own cancer. It’s what prompted The Alarm’s most recent two albums, Equals (2018) and Sigma (2019). The albums are laced withe heartbreaking songs about watching your loved one struggle and coming out stronger together. He talked about what it was like for Jules to tour with a wig on after going through chemo treatments and losing her hair. The night also included a nod to a fan and cancer survivor in attendance, as well as heavy nods towards Peters’ cancer foundation, Love Hope Strength.

But trust us, the night was not all gloom. Despite being a seated affair for a decades-old fan base, the audience never stood still. They were happy to get as close as they could to the stage, dancing and singing along. Though this was a tour to promote Sigma, an album that is currently topping alternative pop charts overseas, they were quick to dive into older favorites. There was a jovial sense to it all, thanks to the infectious energy from the band and Peters’ onstage charm. But we’re partial to a moment during the band’s big hit, “Rain in the Summertime.” Peters crooned “I love to feel the rain in the Summertime, I love to feel the rain on my face,” before taking a big swig of water and just spraying it all over the audience (that’s a peak Sam Gunnerson maneuver, for you locals). 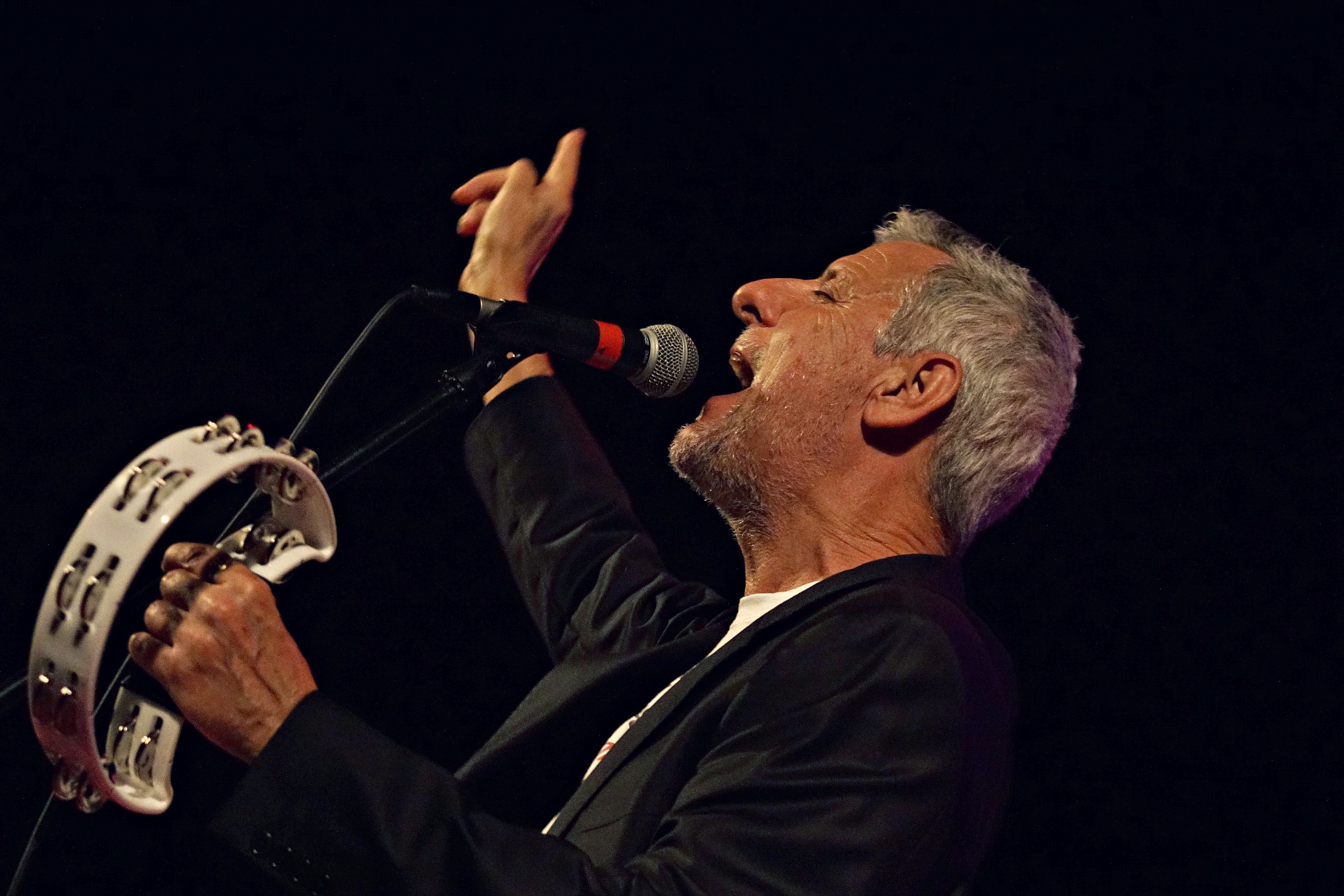 The tour also brought Modern English to this show, and they were nothing but charming. Their synth alone can just make you melt (no pun intended), and it brought only the fondest of new wave memories. The band is active and tours nonstop, often stopping in Kansas City when they head this way. Their vibrant frontman was completely alluring thanks to his graceful stage presence and dramatic hand gestures.

Everyone knows “Melt With You.” It is, after all, the song that launched them into pop fame (they did pull out pre-pop tunes as well on this night). It’s easy for an audience to feel guilty about attending a show like this, really only knowing that one big hit. So right before they ended their set with it, frontman Robbie Grey said he knew this was the song everyone was waiting for and invited them to the front. He waved them to the very front of the stage, even encouraged them to whip out their phones (often taboo at live shows), and proclaimed “You’re allowed to enjoy yourself and be happy!” You should have seen how quickly the audience got up and started dancing in the aisles. It’s really the best way to age, as a band, with an insanely popular hit. Unapologetic happiness is always in style, no matter the decade.

Previous Article We couldn't decide which local band to see Friday night, so we saw all of them