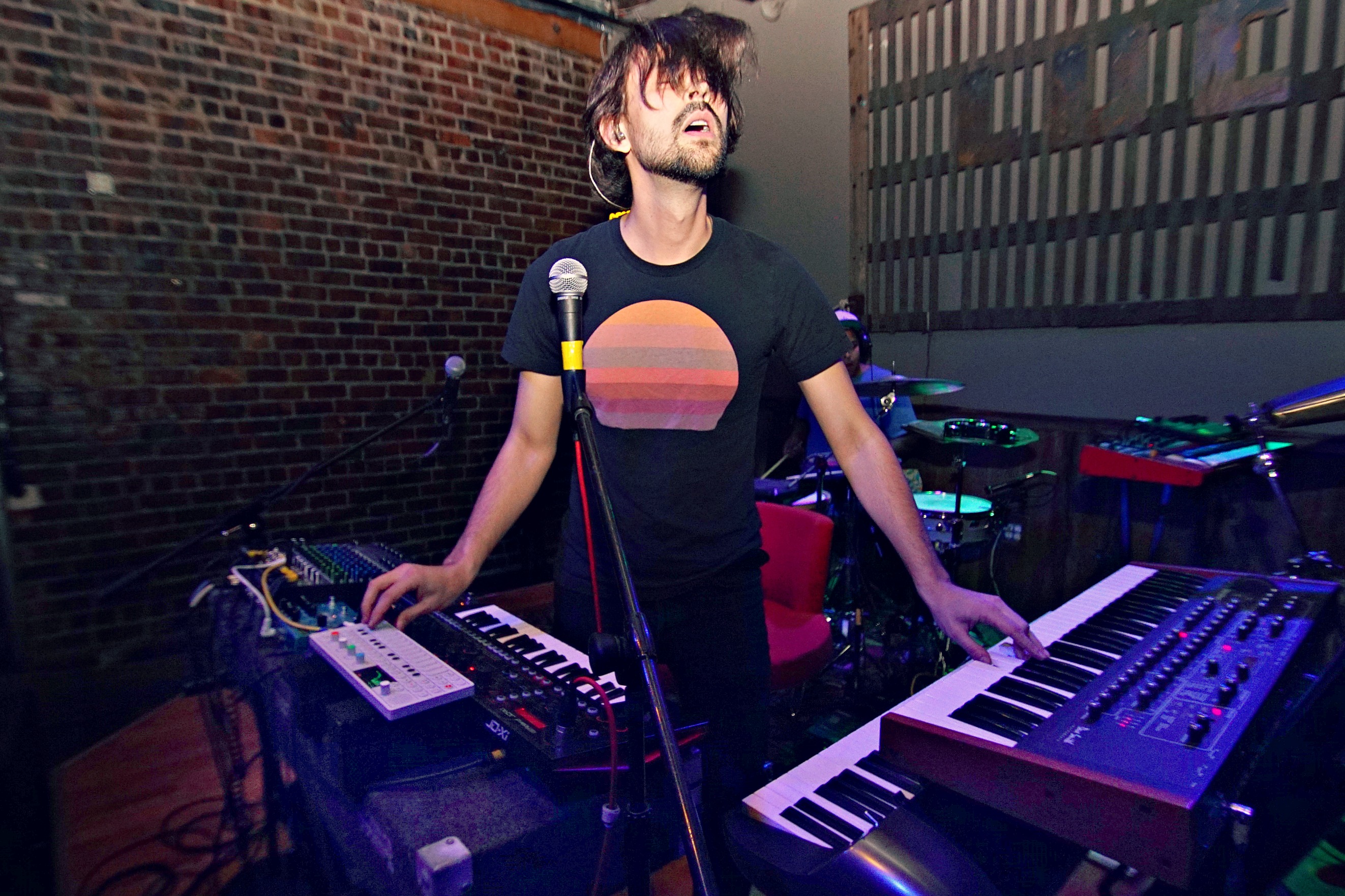 There’s a new electronic act in town, and so far they’re delivering.

We introduced you to Pala Zolo last month with a stunning music video. There’s always a concern that when an electronic act is this lush and involves so many layers, it won’t translate well to the live show. That doesn’t happen here. When we walked into Lucia, the venue was full of concert-goers gleefully dancing along to the music. The electronic act comes from Eric Davis, who spent time with Hembree and Middle Twin. Since then, he’s really taken his synth work to the next level and recruited a full band for the live show. He was surrounded by keyboards, pads, buttons, knobs, pedals… all of it. His hands were busy, flying from one gadget to the next. Often times, he was bopping around to the music as well. His songs varied from instrumental and flowy to uber danceable. It was sort of like The Album Leaf with a little kick to it.

“>Pala Zolo ended the set on “House Plant,” the song featured in the music video released last month. This act would pair well with Serene Fiend, UltraVivid, Asterales, and any other musician who dares to step into the electronic music realm in Lawrence.