It’s not often we like to brag, but we were in the presence of a local legend on Friday.

After a hiatus that lasted a few years, Suzannah Johannes seems to be reemerging into the local scene. She made an appearance at the Lawrence Songbook Showcase last week as a sort of warm up to Friday’s early matinee at the Replay. The songwriter with the voice of a siren soothed the audience, leaving them in a spellbind of sorts. Her backing band consisted of a who’s who of the scene from about ten years ago, including members of Drakkar Sauna and Fourth of July. It felt like Johannes hadn’t ever left, she was splendid as ever with her remarkable knack for subduing an audience with her oh-so-cool vocals and carefree demeanor. This can easily be the soundtrack to your Summer by the pond, as you bask in femininity and the breeziness of being alive. Oh what a joy it was to hear this remarkable songwriter once again. 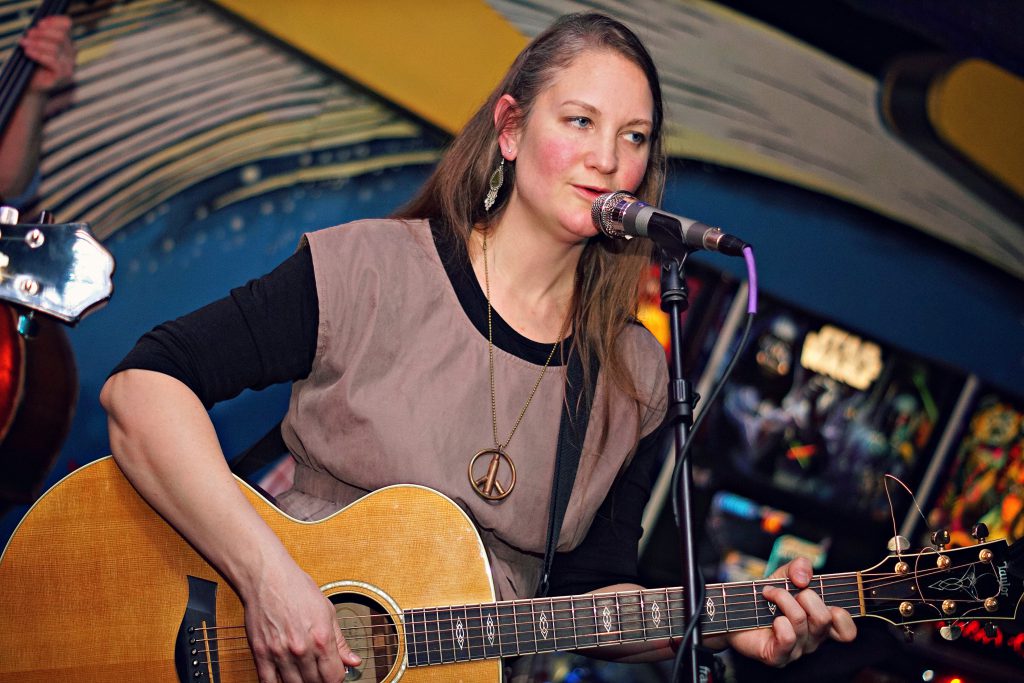 She was joined by Hello Biplane, a band fronted by harmonizing duo Spencer Goertz-Giffen (you may remember her from cool-girl-rock-band of the early 2000’s, The Kinetiks) and Braden Young. They were accompanied by delightful strings, which is a treat since we don’t often see cellos on the Replay stage. Their indie-folk anthems were easy to love and reminiscent of the early years of The Head and the Heart.