Free for the Masses brought a drumline, glam rock, and wild rockers to the Bottleneck 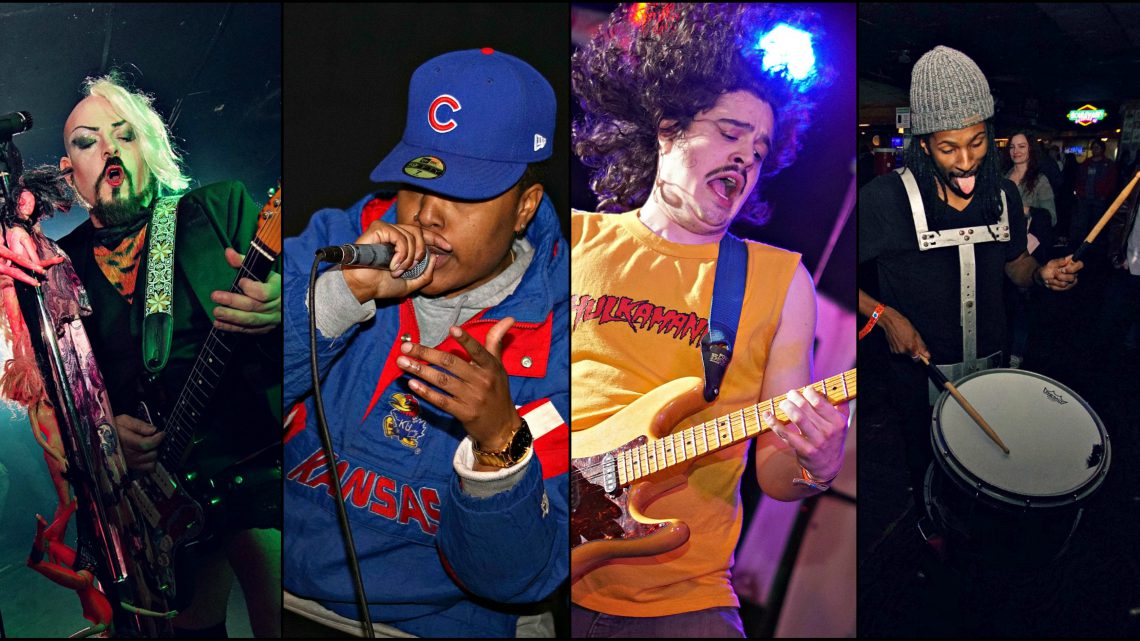 You would have been hard pressed to find a more fierce display of musical mischief in the local scene at any venue other than the Bottleneck on Saturday night. I Heart Local Music brought the first installment of Free for the Masses, a free show for all ages that featured a wildly diverse lineup full of entertainment and antics. Oxford Remedy was a late addition to the show. The teens have been only making casual appearances in the scene, but showed that the young rockers are wise beyond their years thanks to their shredding and catchy hooks. Eems was a highlight of the night, thanks to his spontaneous drumline featuring his little brothers parading about the venue while he looped and beatboxed onstage. Ultimate party boys Drugs and Attics threw down hard, while Vibralux brought all the glitz and glamour with a completely unrestrained and thrilling rock show (we were happy to see that the sass was still strong in this group). Cuee closed out the night with her enthusiastic fans and an appearance from Micha Anne. If her next album is anything like the two new songs she debuted that night, the local hip-hop scene won’t know what hit it this year.