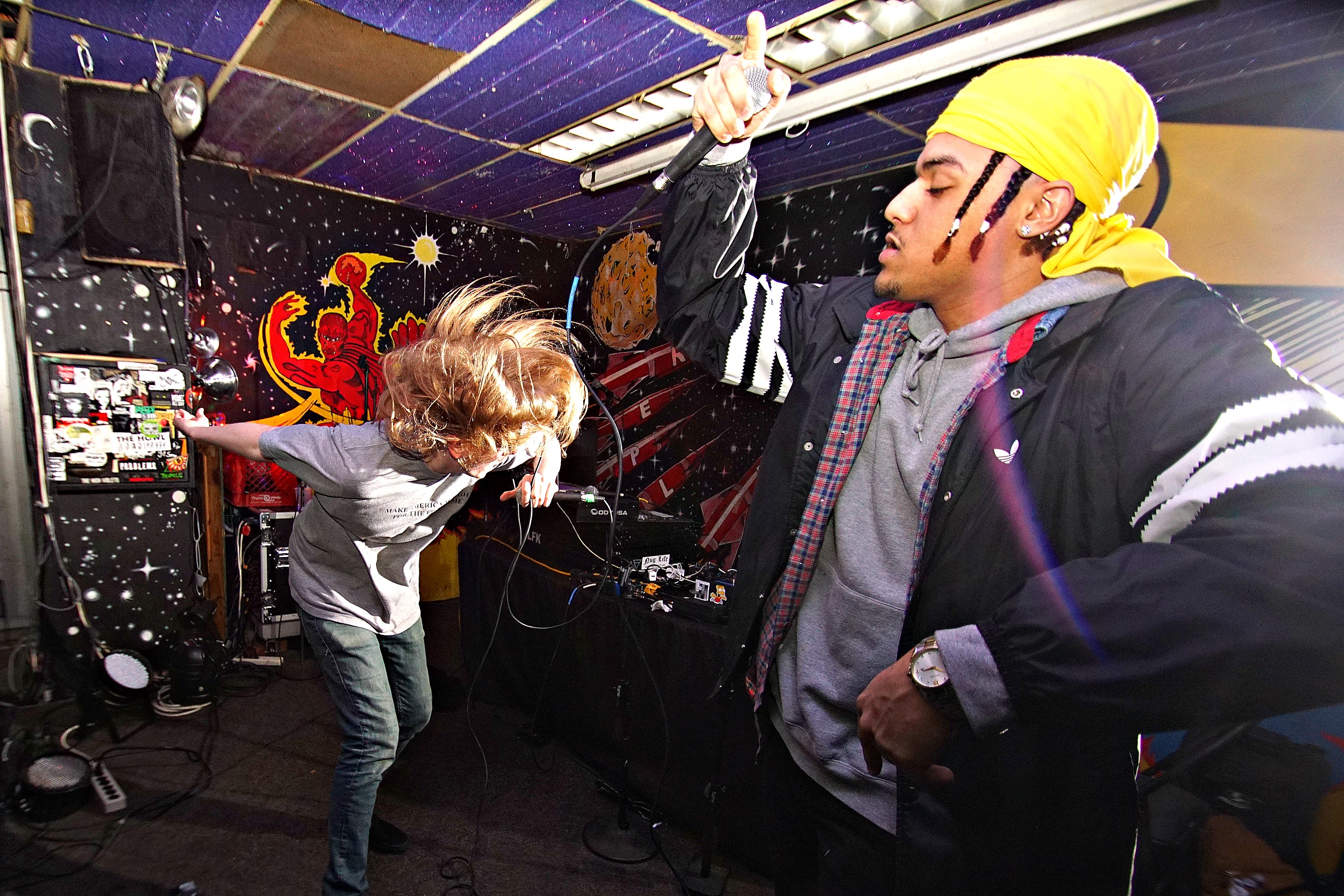 Though they haven’t been around too long, YOUNG MVCHETES are going to be a household name in the local music scene very soon.

The rap duo from Topeka stopped by the Replay as part of a stacked bill full of hip-hop greats, including Domineko, Joey Origami, Ricky Roosevelt, and King D. YOUNG MVCHETES are hands down the most exciting thing in hip-hop so far in 2018. Every single thing they do and say onstage (and off the stage) feels so calculated and thought out, and it prompts every listener and spectator at their show to face a reality head-on. They tackle controversial, violent issues in a confrontational manner. But the duo’s personalities couldn’t be more different. One always remained onstage, calm. The other was a loose cannon, completely unpredictable and flying off the handle. If you are at their shows, you can’t help but remain fixated on their set. It’s like taking all the passion of Ebony Tusks and combining it with the anger of Bummer, resulting in absolute fury and emotion.

They began their set surrounded by several pieces of broken cameras onstage, then started crushing them. By the end of the set, everybody was stomping on the little electronic bits– in some cases, they smashed the holy hell out of them until they were unrecognizable. It was absolute chaos. The end of their show left the audience overwhelmed with emotion and covered in sweat.

They’re worth every bit of your attention, and you can follow their work over on their Facebook page.

Free for the Masses brought a drumline, glam rock, and wild rockers to the Bottleneck