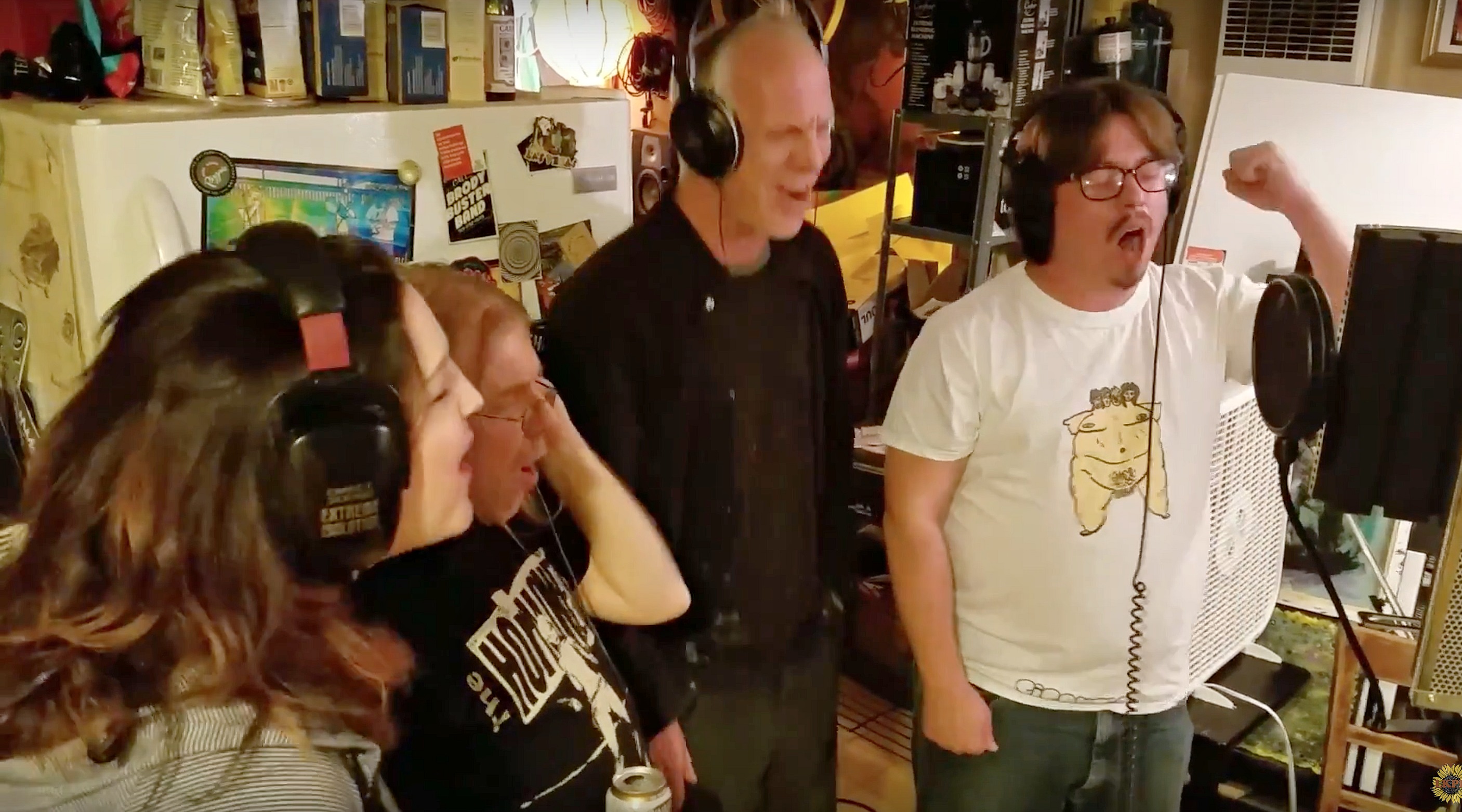 In what we can only describe as the LFK version of “We Are The World,” a bunch of local punk rockers crammed into a home recording studio in North Lawrence to cover a Ramones song. In this version of “Blitzkrieg Bop,” you’ll see members of Stiff Middle Fingers, Vedettes, Four Arm Shiver, Vigil and Thieves, The Rackatees, Iron Guts Kelly, and many others lending their voices and musical talents. So many punk rockers showed up to contribute to the song that it looks like some of them got crammed into the kitchen for vocals.

The song is a precursor of what’s to come from local instigator Tony Mendez (of The Havok on Polaris), who also appears in the clip. Over the past year, Mendez somehow convinced several punk bands to come into the Lawrence Public Library and record songs for a local punk compilation (that surely must have been like herding cats). Full disclosure: I Heart Local Music contributed exclusive artwork to the project.

The compilation, which features many new and original songs by the bands, comes out next week (check back at I Heart Local Music for the debut).

You can watch the video premiere, recorded early last month and mastered by Tyler Truesdell, below: