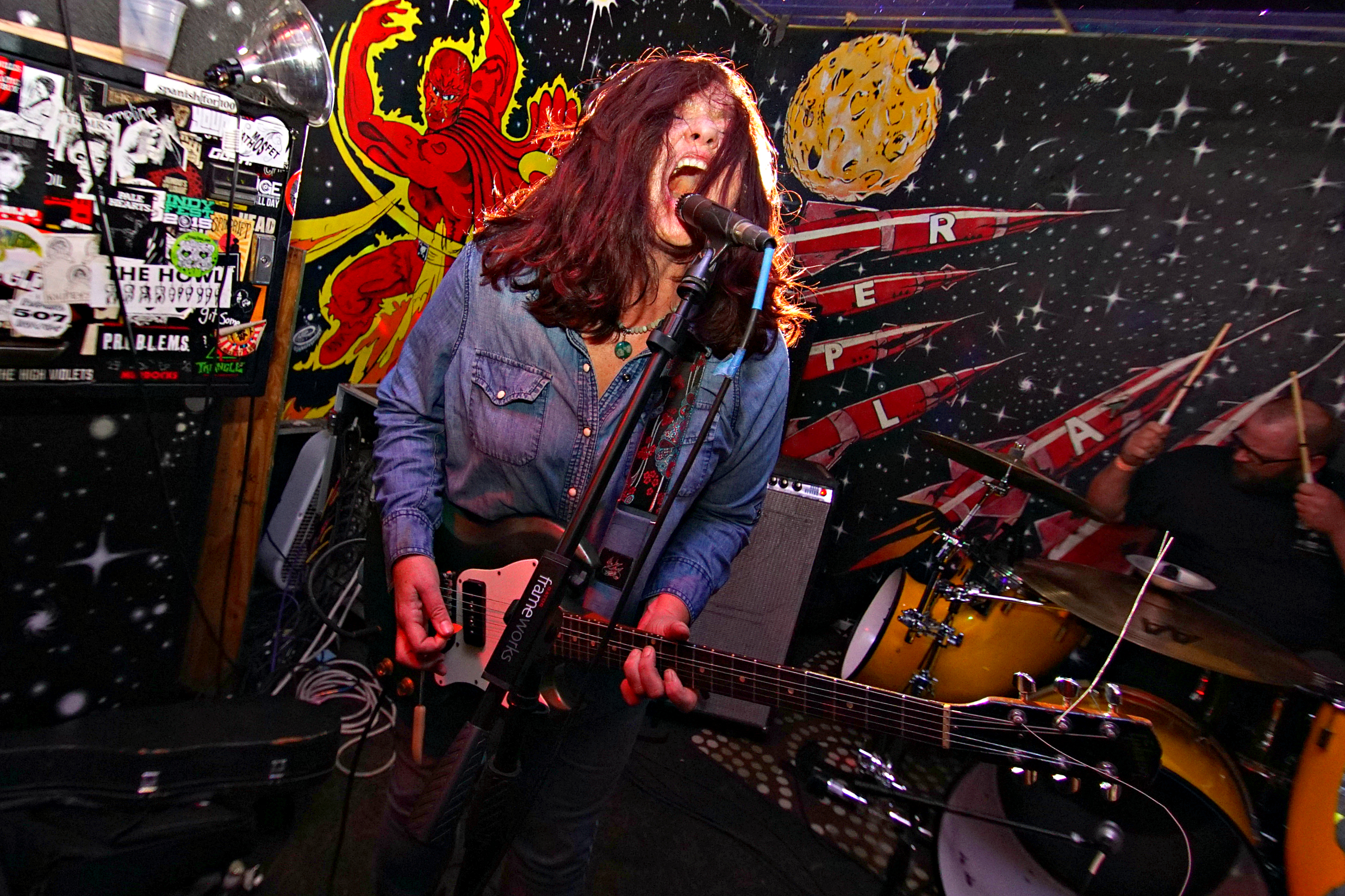 Facebook0Tweet0LinkedIn0Pin0
If there’s a time when we need to hear a woman scream her head off, it’s now.

In this era of taking down sexually aggressive monsters like Harvey Weinstein and Louis CK, the roar of women coming to power and reclaiming their place in society (as well as reclaiming their time) is deafening. There seems to be a reckoning right now, and you can bet Vedettes is the band providing the soundtrack. This became alarmingly clear at their potent set at the Replay Saturday night, where everyone surrendered pieces of their soul to the gut-punching rock from the band. They’re plowing our rage and frustration through, full speed ahead.

Frontwoman Heather Lofflin carries the pain of every woman in the nation in her voice. Every bit of it is there– the anger, the frustration, the mistrust. But there’s no pity present, as her iconic growls are nothing but inspirational in the fight. This is the band every woman in the Lawrence music scene watches and draws strength from. Together, Lofflin and bassist Lizz Weiler are the grungy goddesses of retribution– and believe us when we say we are HERE FOR IT.