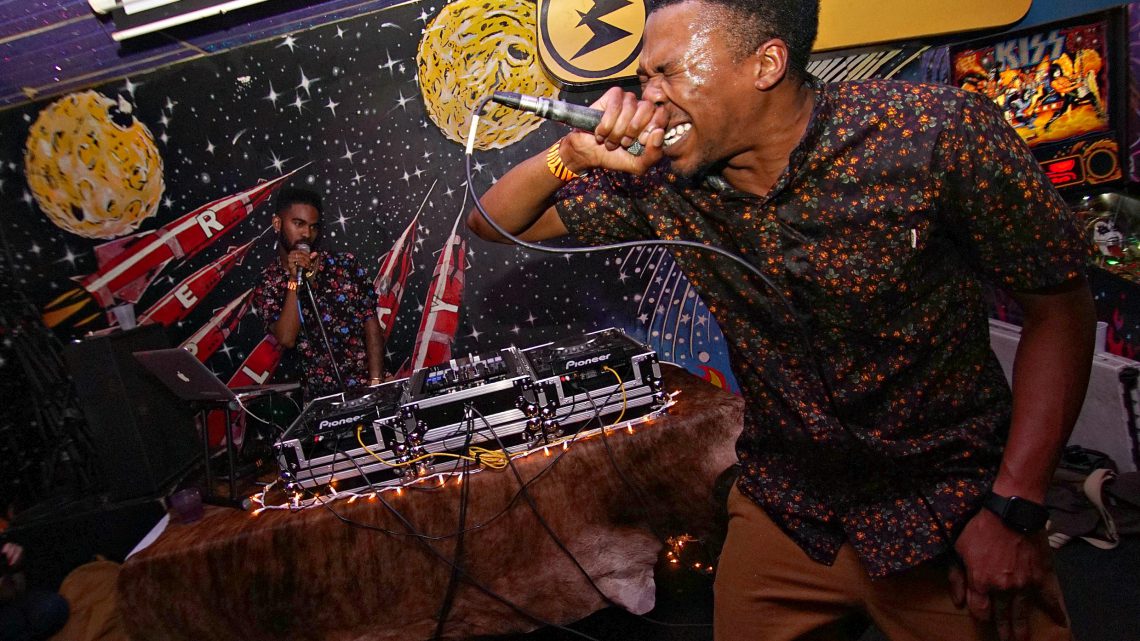 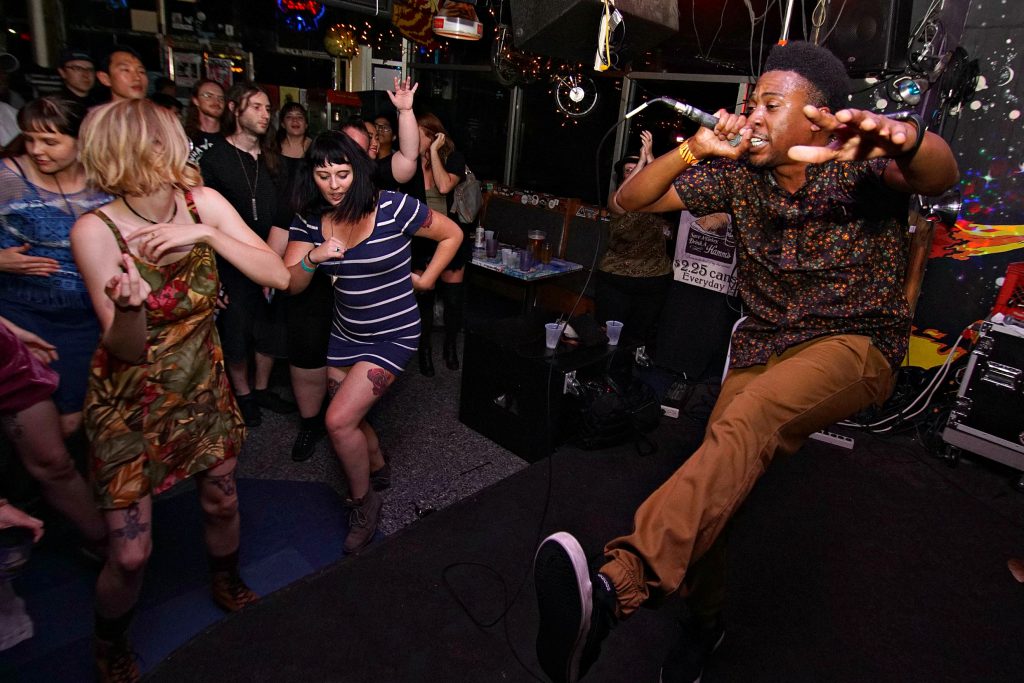 If you don’t like HighWesthus’ live show, you are obviously a dummy who is allergic to fun. His tape release show at the Replay on Saturday night backs up this claim. From start to finish, this was a high-octane performance that never once slowed down. His impressive release is ahead of the trends, mixing classic sounds with stylish and modern lyrics, and his stage presence was a step away from the norm with local hip-hop shows. The energy that comes out of this guy! He is unmatched.

As a testament to his knack for fun, all the ladies sprinted to the front row and remained planted there– hands in the air, tushies shaking, attitudes misbehaving– until the very end. He was a vivacious dancer that lured even the most timid concert-goer in with rapid movements, leaving a trail of smiles and applause scattered across the venue. 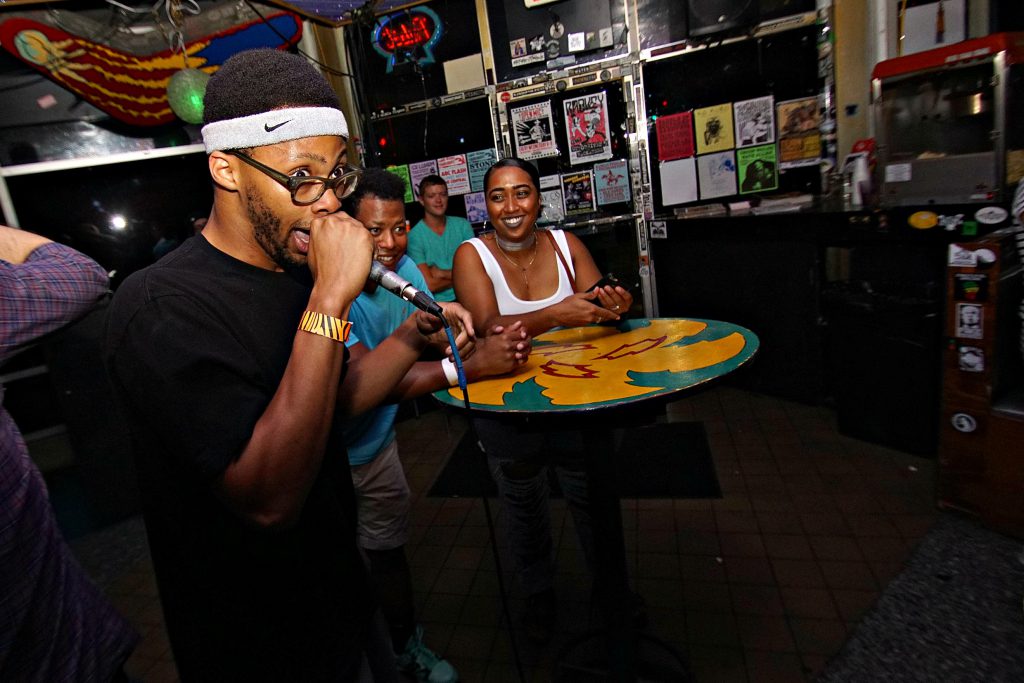 HighWesthus was joined by Vivid Zebra’s Ricky Roosevelt, who continues to come out of his theatrical shell with every show. He used the entire dance floor as his stage, constantly bouncing high up on his toes, throwing vivid facial expressions to match his lyrics. His wild-eyed expressions were made even more entertaining considering many of his lines scrutinize the modern millennial lifestyle, putting it under his lyrical microscoe. 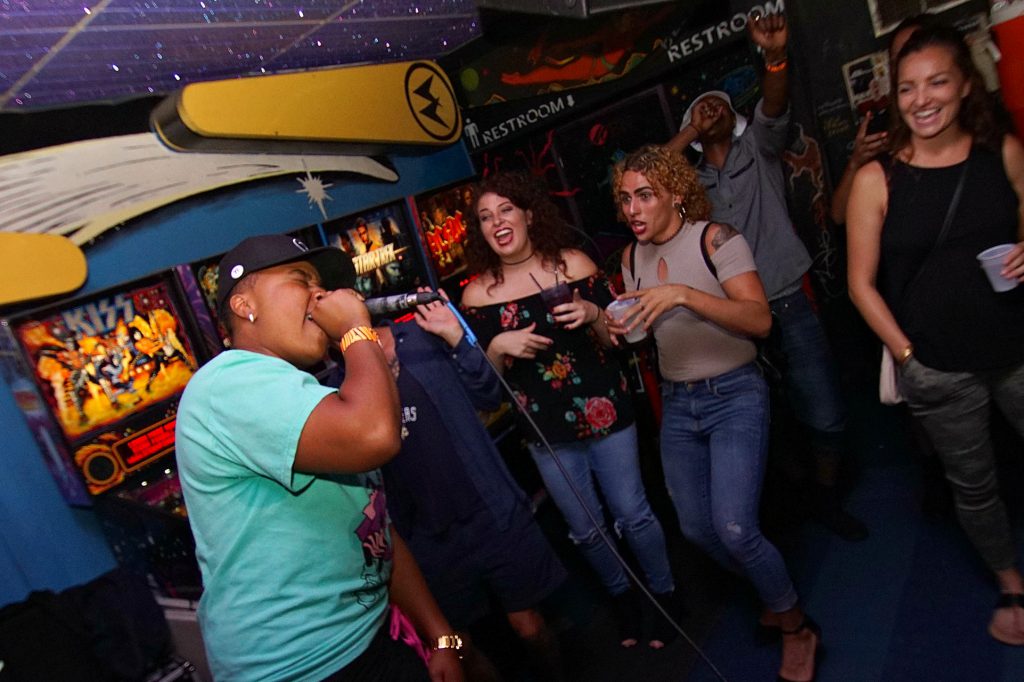 Cuee, a favorite performer amongst the KU student population, opened up the night. Her Chicago background brings a little extra attitude and proficient coolness to the scene, the type of confidence that we could all use a little exposure to. While her demeanor is completely praiseworthy, her lyrics are totally relatable to all kinds. “Master’s Cap” should be on every KU student’s graduation party playlist, and “Netflix and Chill” won the crowd over (below) with a saucy brashness only Cuee can pull off.