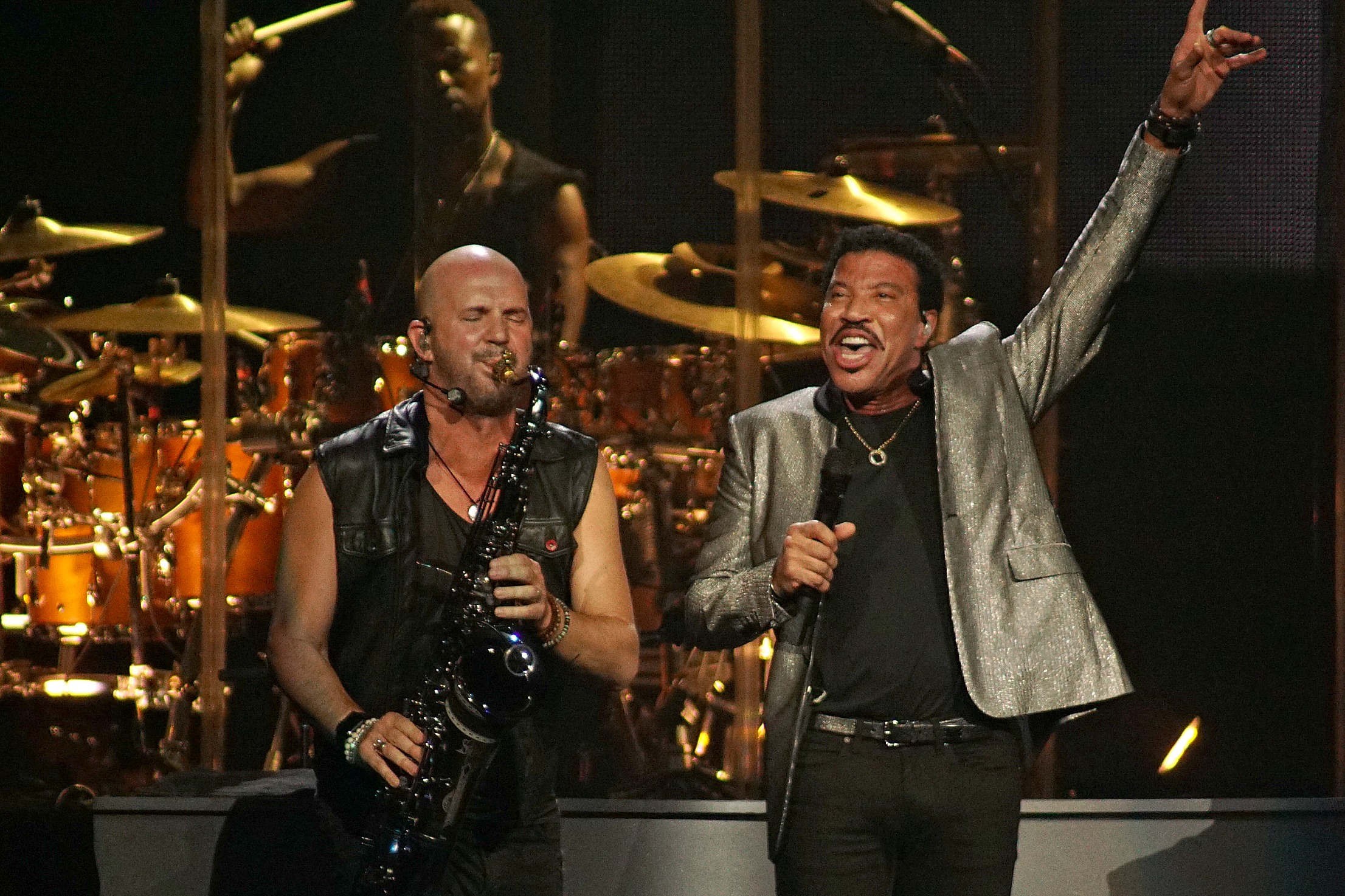 We’re willing to bet that Lionel Richie is a great party host.

When he came through the Sprint Center in Kansas City on Sunday, it felt like he worked every square inch of the room. As promised, he played the hits. But he had a (usually naughty) story to tell between every single song on the massive setlist. Lionel Richie is a party animal, and he came loaded with some war stories (mostly about who’s had sex to his music), insisting he was trying his best to “sing love songs so you can get icky and sticky.” Before “Three Times A Lady,” he warned the audience, “This song did one of three things. It got you engaged. It got you married. Or it got your ass in a whole lot of trouble!” He shimmied his shoulders, wiggled, his hips, and was the very definition of charming with such comments about the sexual undertones in his music. If your mom was at the show, she probably threw her panties at him.

While he mostly considers himself a “love song singer,” he got the crowd worked into a frenzy with songs like “Dancing on the Ceiling.” “I haven’t seen dancing like that since 1977!” he’d exclaim while pointing to one particular group of older women. “You know it’s identifiable with ’77, because from here up, nothing moves. But from here down, it’s out of control!” he continued before jiggling his hips about.

But even Lionel’s perfect and sensual vocals were no match for the overpowering volume of his fans. The ladies were allllllll about his music, singing along every word they could at the top of their lungs. Knowing the night would essentially be one big sing-along, Mr. Richie pointed it out early in the show, insisting every member of the audience get to know their neighbor, considering they’d be singing together all night long (no pun intended).

Mariah Carey opened up the show, and milked every drop out of her perceived image as a Diva. This gal was rolled out on a giant golden throne, appearing in head-to-toe sequins as golden as her long, flowing locks. All eyes were on her as she indulged the fans in her whistle register and iconic vocal stylings. She even had a mid-set opportunity to play up her Diva status when she asked the audience “permission for a Diva moment” before assistants came scuttling out to fan her and touch up her hair.

But the best moment of the nighty by far came when she brought the twins out for “Always Be My Baby.” Monroe seemed to love the spotlight, belting out a big “Hiiiiiii!” with an enthusiastic wave before singing along with her mother. Moroccan, however, was more interested in taking over the golden throne onstage. Now, Mariah Carey can play up the Diva stuff all she wants, but she became 100% relatable when she had to chase her son away from the front of the stage, yelling “Rocky, Rocky, Rocky, ROOOOCKYYY!” before pulling him back. You can watch an adorable clip from the onstage family moment below.