Drop everything and see HighWesthus 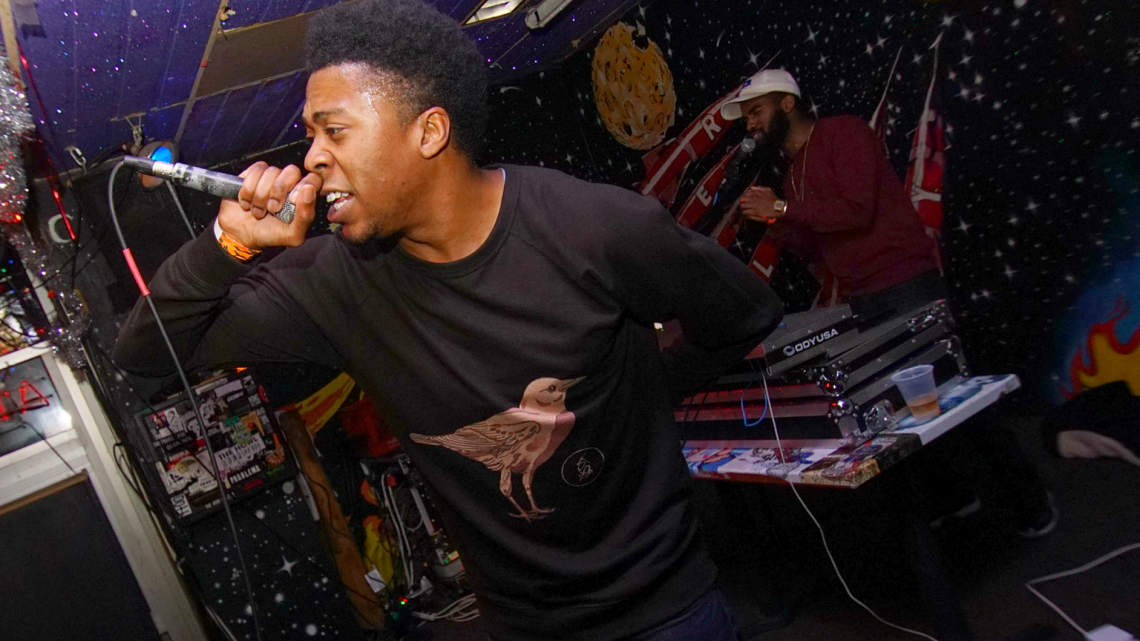 HighWesthus is one of those performers that you can’t take your eyes off of. Later this month, he’ll have an album to match those sentiments. It’ll likely be an album on everyone’s top ten lists by the end of the year.

The lively rapper is set to release The Trilogy (Part I, II, III) next week and is throwing a show with one hell of a lineup to celebrate. The release party, scheduled for Saturday, August 26, will also feature performances from Childish Adults, Ricky Roosevelt and alccalh from Vivid Zebra, and Cuee.

Right now only three tracks off the album are available to listen to online. “Hundred” is a fun introduction to the type of energy HighWesthus brings to his music, while “The Wolf” takes a darker sounding, confrontational, and theatrical turn with lines like “They used to think I be nothing, I transform and became something, I turn into a monster, a motherfuckin’ werewolf.” But HighWesthus’ lyrics also come off playful thanks to all his pop culture references (anything from Rihanna to Philip J Fry). This is an artist that is always a step ahead of trends in music, knowing just what it takes to charm his audiences (which he does so effortlessly). The 29-track listing alone gives us the feeling that he’s got big plans– and we don’t, not for a single second, doubt that kind of ambition will help him take over the world.