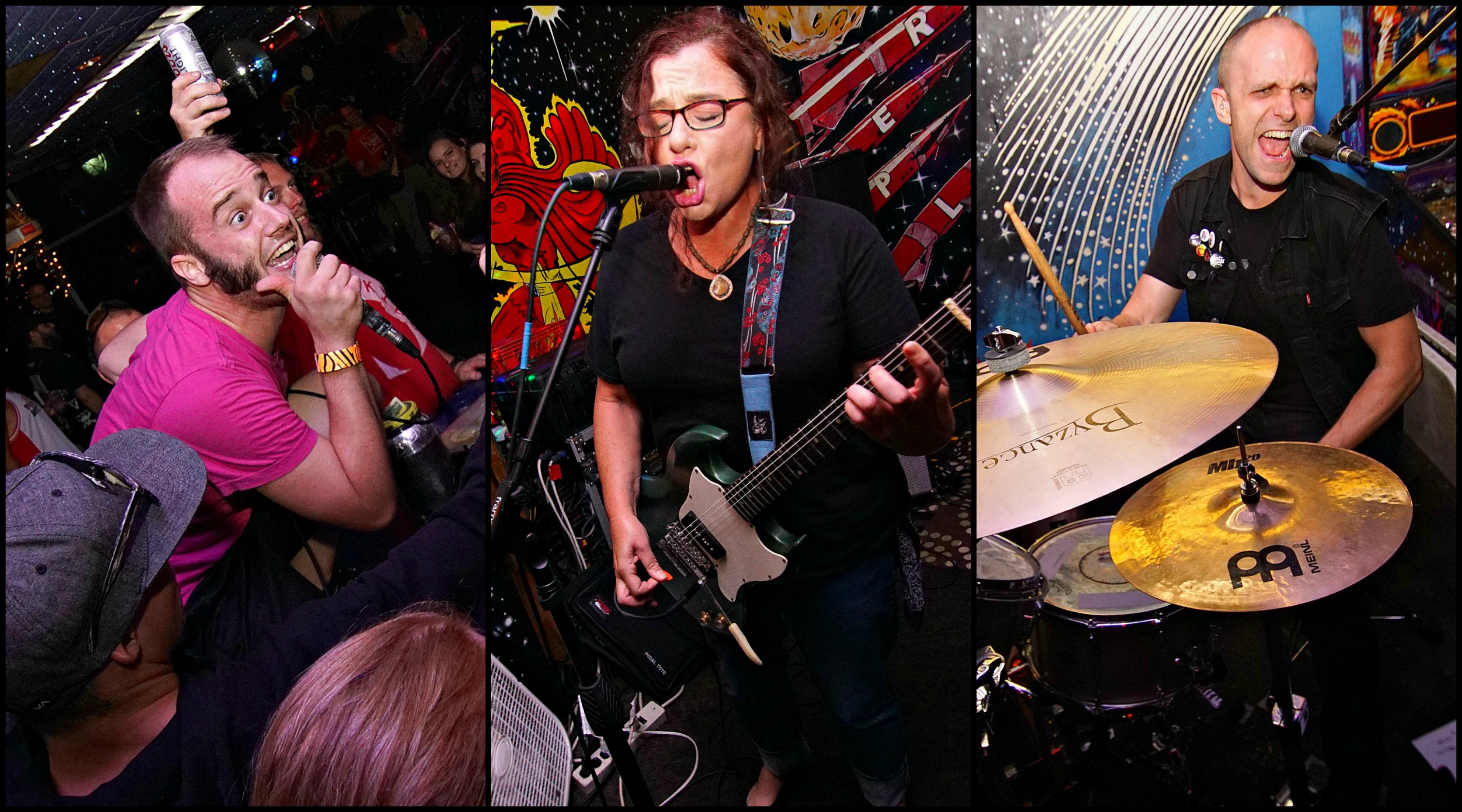 The Replay was a great place to blow off some steam on Tuesday. That’s where three loud-as-hell bands gave the scene a chance to release some tension and tackle the resentment left by the current political climate.

Friendship Commanders, from Tennessee, had to have been one of the most ear-piercing and downright loud sets we’ve seen this year. The duo, unmatched in volume by any Lawrence band, provided screeching, racing guitars and pounding drums that were enough to knock you off your feet. This was one furious ride (so you better hold on tight). With the way the frontwoman wailed on the mic while the drummer brutally beat away, it was a match made in hard rock heaven.

Vedettes started off the night with the kind of music that makes you clench your teeth, fling your eyes wide open, and scream. It’s that good (and every show of theirs gets better by the minute). Vedettes is what we listen to when we just want to lose our shit. Frontwoman Heather Lofflin’s vocals can go from sweet to brutal in a heartbeat, and the guitars are something punks and metal heads can agree on and both thrash to.

Like Vedettes, Stiff Middle Fingers addressed the emotions running high after a weekend of racist bullshit terrorizing our nation. They dedicated all their angriest songs to “that Orange Fuck” and raged across every corner of the Replay (the vocalist is known for scaling anything he can in any type of venue). Hot off a Midwest tour, the band was full of that energy that only comes after playing several successful shows in a row.

Drop everything and see HighWesthus