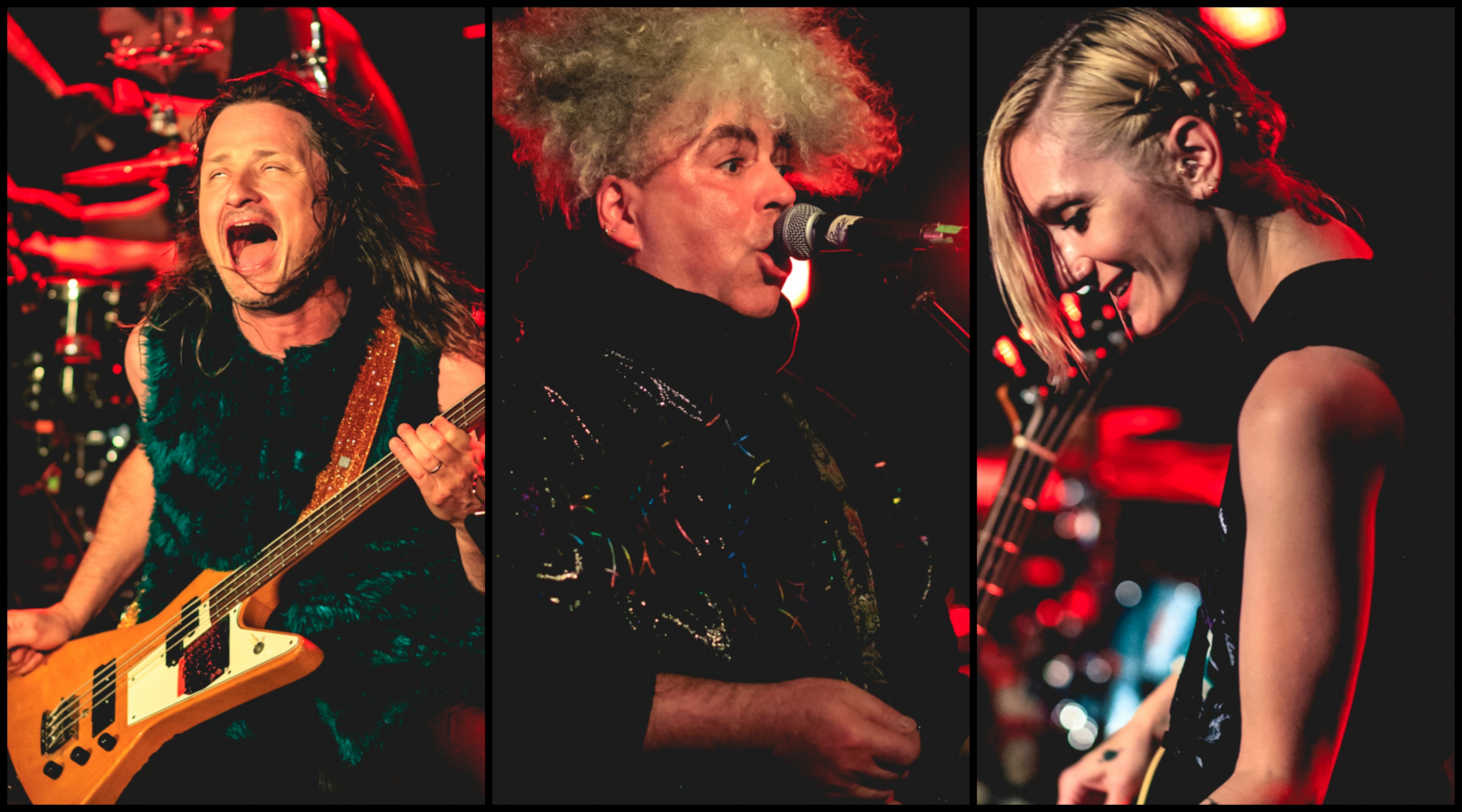 Facebook0Tweet0LinkedIn0Pin0
Melvins played a raucous show to a near sold out Bottleneck Sunday night. Tour mates Spotlights, a two piece from Brooklyn, NY, absolutely murdered the opening slot with a steady pulse of some of the sludgiest, doomiest, shoegaziest, metal sounds I’ve heard live in a while. Melvins performed their normal song-and-dance of genre-defying,  crowd annihilating, head banging craziness that defines their 30+ year career and places them at the top of my (and many others’) lists of underrated, underappreciated acts of all rock music. For two bands with three decades of space between them, Melvins and Spotlights is a lineup made in black, sludgy heaven.
Tags:band, buzz osborne, i heart local music, kansas, ks, lawrence, lfk, melvins, spotlights, The Bottleneck
Share:
Facebook0Tweet0LinkedIn0Pin0