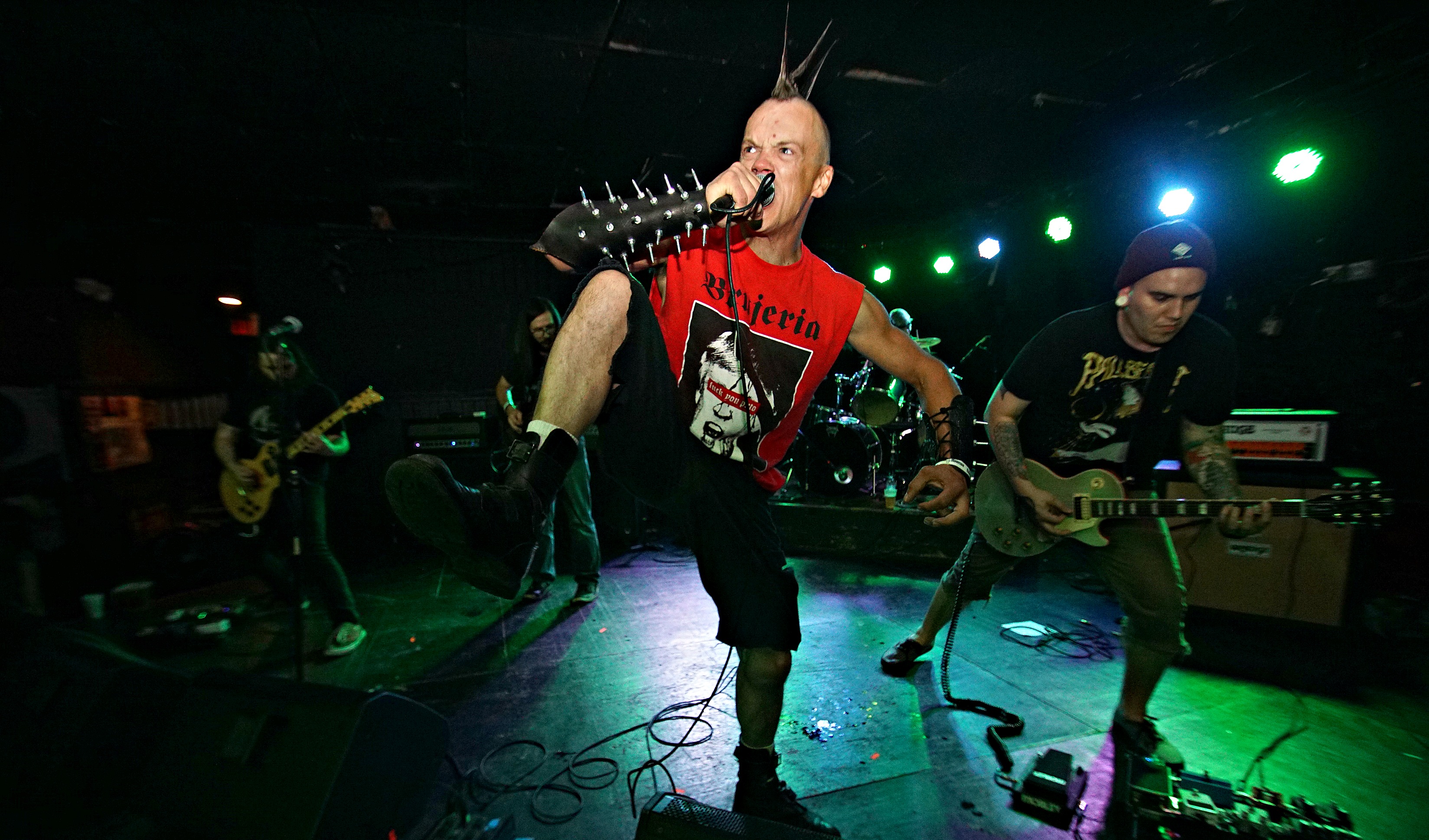 Well, it’s our job to not only tell you about bands in Lawrence, but describe them in great detail as well. But we may have met our match. Horned Wolf, comprised of a bunch of lawless animals, has a bio on their Facebook page that puts it better than we ever could: “Horned Wolf is made of Beer, Whiskey, Satan, Loud Guitars, Thunderous Drums, and Rolling Bass.”

Now, if beer and Satan are your jam, then Horned Wolf is right up your alley. The guitars are easy to rock with, and drummer David Zey (formerly of Ponyboy) is one of the best we’ve seen in LFK. Essentially, Horned Wolf make metal for metalheads. Their singer alone is a trip, flaunting sinister vocals at the highest volume while slicing his spiked forearms through the air. It is delightfully disturbing– and considering we’ve seen this guy in a previous band cut his own chest open onstage with a shredded beer can, we believe he’s capable of going to any lengths to fuck with the audience (we can’t wait!).

Here they are fucking shit up at the Bottleneck on Saturday night:

Photo Gallery: The New Pornographers / Ought