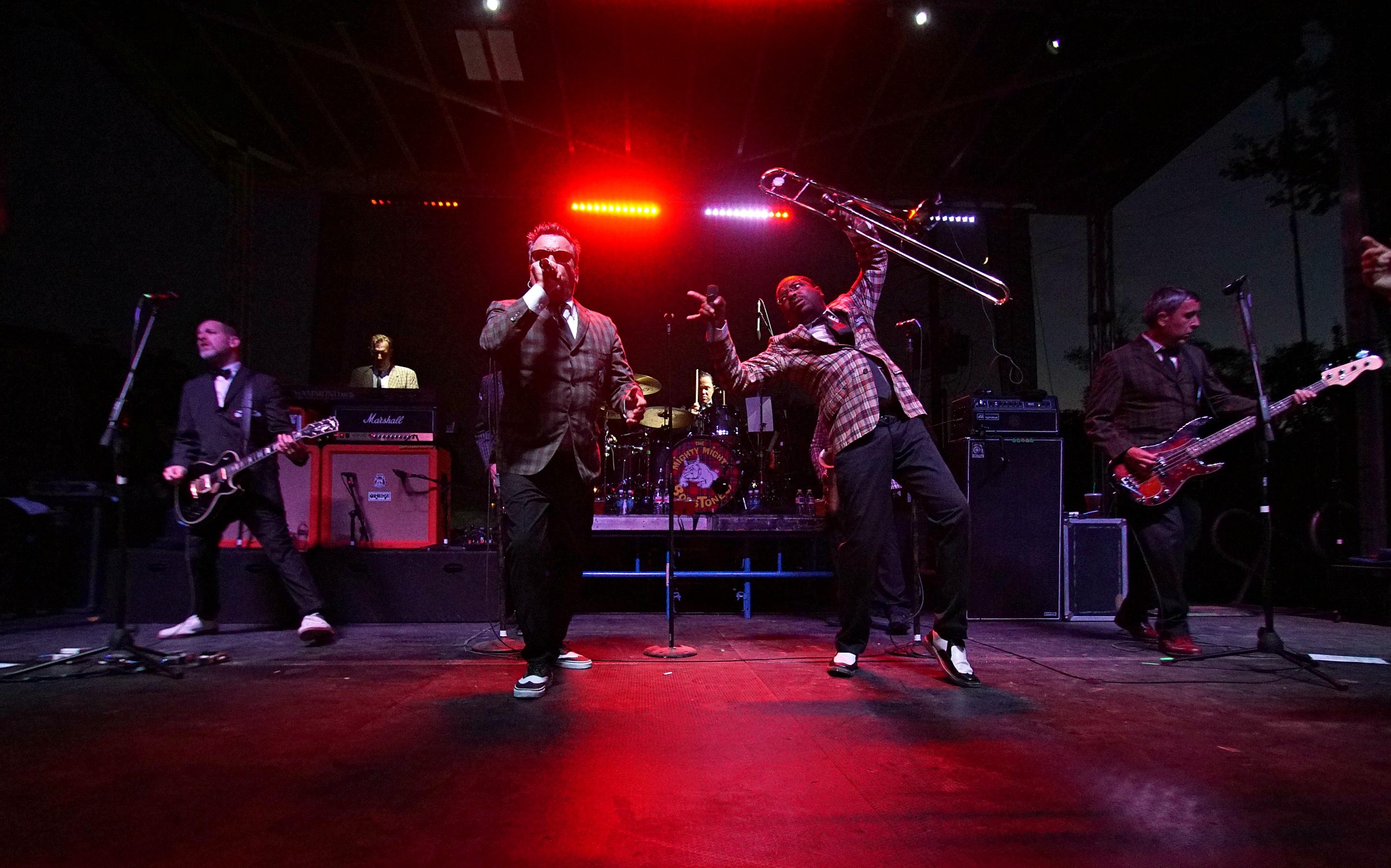 We had a pretty busy and badass Summer here in Lawrence, what with the Live on Mass series and Field Day Fest. But even a couple of weeks into the school year, the festivities haven’t slowed down one bit.

On a mild, Friday evening, more than 4,000 people flocked to the Warehouse Arts District for an outdoor concert of grand proportions. The event, celebrating the opening of Lawrence Beer Co (in a building that formerly housed SeedCo and several Whatever Forever artists), drew in all manners of fans. There were definitely old ska punks who never left the lifestyle, their kids, other people’s kids, beer enthusiasts, local music enthusiasts, rockers, party kids, and a dog in a little hat (Salvadog Perez).

The Architects, from Kansas City, opened up the show. The band was formerly known as The Gadjits and spent a lot of time playing with the Bosstones years ago, which garnered them a tremendous shoutout from the band later in the night. Despite the years that have passed since their last visit, the Bosstones were ready to flaunt their connections to Lawrence, even boasting their time at the legendary Outhouse venue (which gives you an automatic passing grade here in LFK).

This Summer marked a special tour for Mighty Mighty Bosstones, celebrating the 20 year-anniversary of Let’s Face It and performing songs from the record across the U.S. But within that album, the title track found its way into the spotlight after racial tensions erupted in Charlottesville with the murder of a counter protestor by a white supremacist’s terrorist attack. The track then became an “anthem against bigotry,” as the Washington Post puts it, online due to its lyrics surrounding race and tolerance. Singer Dicky Barrett loosely addressed the song’s relation to the racism currently crippling the U.S., saying “When we wrote it, we never thought it would be as relevant as it is now.”

But that was about all the somberness present during the night, as the large crowd gleefully ingested the band’s tireless and vigorous stage show. The plaid-clad musicians came armed with a lengthy set list, dotted with covers like Bob Marley’s “Simmer Down,” and sprightly maneuvers. The crowd for this show, even tightly packed together on the dirt lot, was full of dancers moving every inch they were allowed.

One of the more memorable points in the show came halfway through the set when Barrett snatched dozens of children from the crowd. They were invited onstage to dance with the band, and they did with that endless, animated energy children are so good at sporting– this made them the most punk rock kids in LFK that night. You can watch video of the joyful moment below: