You need to come chill with Left E. Grove 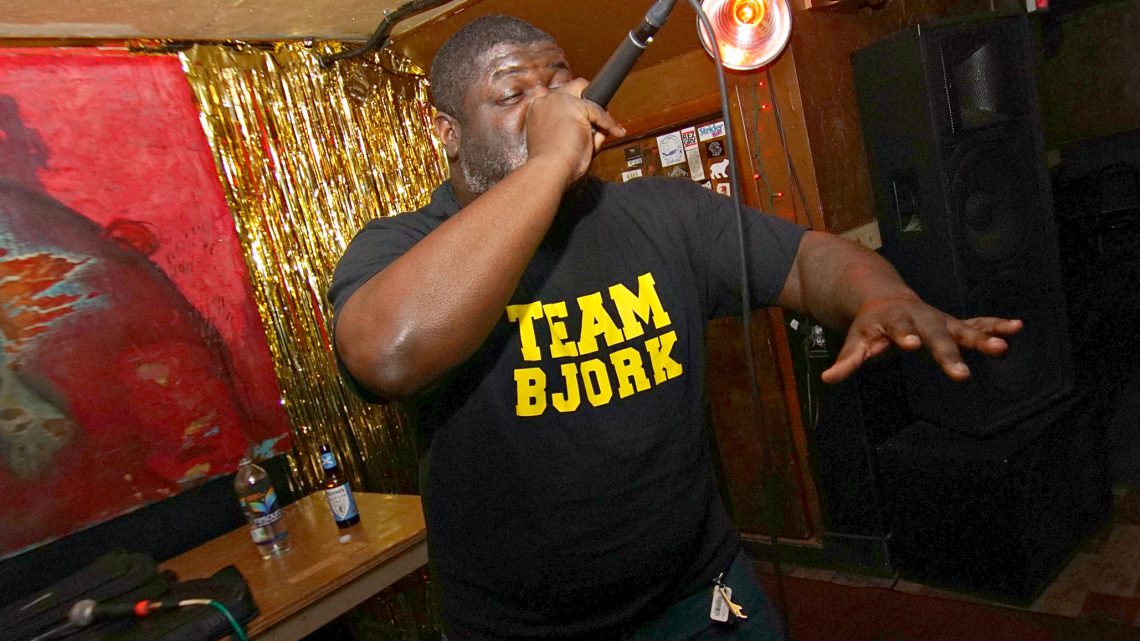 Anymore, watching a Left E. Grove set has been bringing more merriment and amusement to the local scene. On Thursday night, the local rapper celebrated his album release with a set at the Taproom. His effortless performance (with his eyes gently closed the entire time) and timeless sound brings a level of admiration about from his audience. He’s completely likable, even when he’s rapping about relationships falling apart.

We’re about to get a big dose of political angst in the arts thanks to a most frustrating election. But should you ever need a breather, Left E. Grove is here for you. His emotional bits feel genuine, and his fun moments in music are completely carefree. Even when he’s singing about his dick, you have to give yourself wiggle room for a chuckle. “I did a bad bad thing, and it’s a sad sad thing. Now I gotta explain the actions of my dingaling,” he declared as he serenaded a giggling crowd.

Here’s one of our favorite tracks off his latest album, Left of Center. You can see him again at the Replay when he plays the Lawrence Field Day Fest Fundraiser, presented by I Heart Local Music.