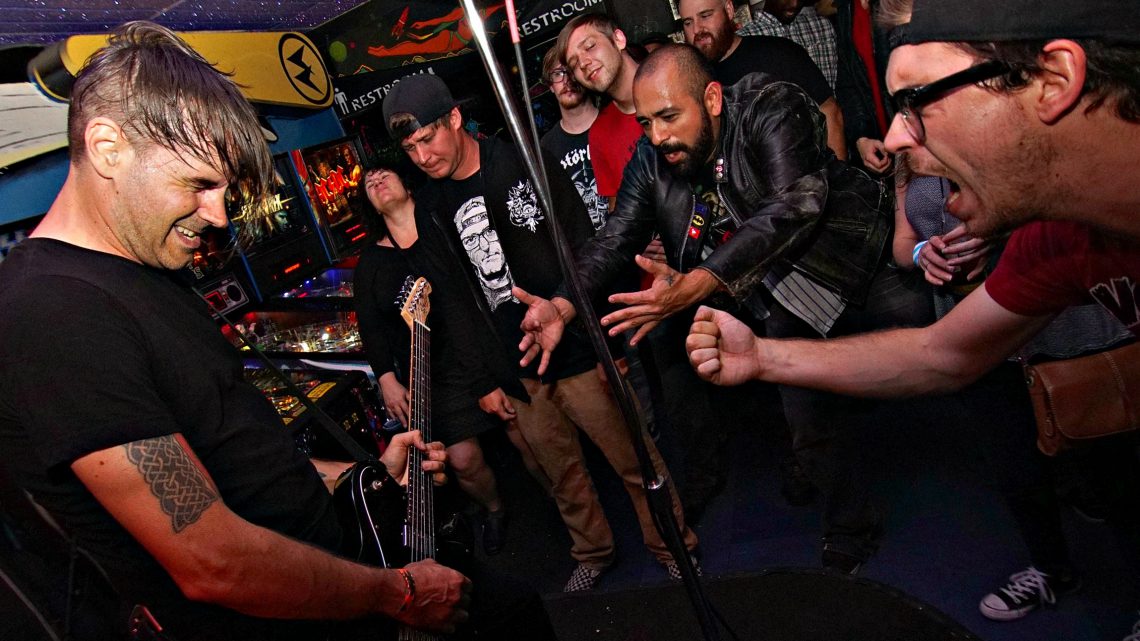 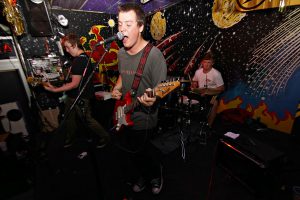 Nothing could have been more entertaining than watching the wide range of reactions to a young band that tore it up at the Replay Friday night. While Glue Chords shredded the hell out of their set, hushed whispers from around the venue ranged from awe and adoration of the young teens’ talents to stifled jealousy. Either way, it’s undeniable that Glue Chords is learning to nail down a sound that was so rampant in the 90’s (were they even born then?), and it’s a sound we’ve seen West Coast bands indulge in when they tour through the area. Luckily, Lawrence gets to stay ahead of that game with Glue Chords. 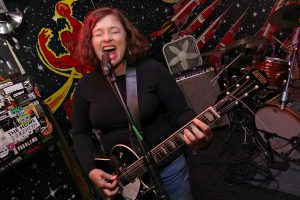 It never ceases to surprise us how many fans are always “discovering” Vedettes for the first time. The rock band itself has existed for a while in Lawrence, but the rockers within have been around for much longer. There’s always a Replay regular who, despite Vedettes’ many appearances at the venue, is just now seeing them for the first time (or someone who is familiar with frontwoman Heather Lofflin’s work and is only recently becoming aware of her latest set of musical ventures). Regardless of the reaction, Vedettes bring something valuable to the local rock scene when they nail down that instant gratification a music fan feels when watching a solid band perform live. It’s rare that a band can say “this is a new song” and just nail it right out of the gate. Vedettes is a band that has fans begging to see them over and over again, and anxiously waiting for new recorded tracks to scream along to in the car/shower/gym/everywhere. 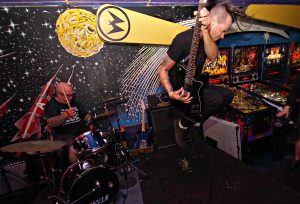 The entire night was a well-blended rock machine where garage meets punk (in various incarnations). You had older musicians dabbling in newer subgenres while the teens were exploring a sound that was likely crafted and mastered before they were born. But it wasn’t until Hipshot Killer took the stage that the crowd decided to show their fondness for the night with a physical display of thrashing and fist-punching. Hipshot Killer brought the house down, and by the end of their set the fans were screaming lyrics back at the band and gleefully slamming their bodies together. It is absolutely outstanding how perfected Hipshot Killer’s live show has become. Rock and roll is all about living in the moment, a roaring spontaneity that can’t be matched by any other juncture. Yet Hipshot Killer has become so splendid and calculated, they are completely impeccable. This shouldn’t be surprising, considering they put out one of the best albums of 2016. But there is something so satisfying about their stainless finish, their sets have become almost like an addictive drug the scene will never get enough of.