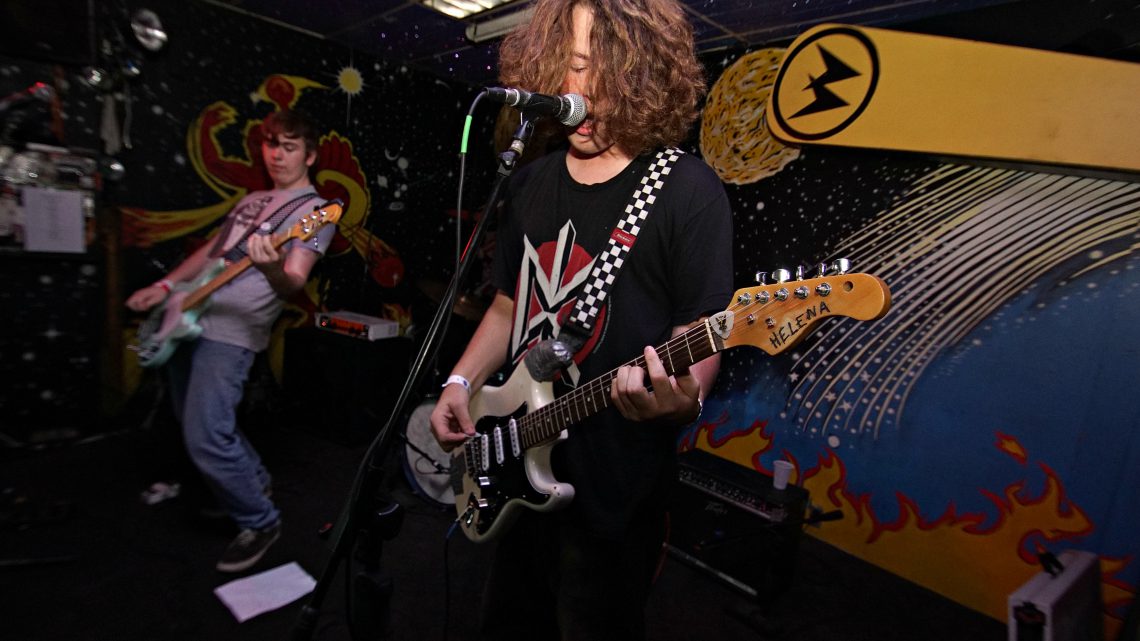 The band embodies everything scenesters tend to (sometimes) look for in a band. They’re new, they’re young, and their talent is enough to make anyone a little jealous. It’s almost not fair, how cool these teens come off, despite oozing teen angst. There’s something a little reminiscent of Nirvana in their music. Because the band is so young, the frontman’s voice still breaks when he talks. But when he starts screaming into the mic, it’s a different story. There’s no other like him around, and the future of rock in Lawrence is looking brighter every day.