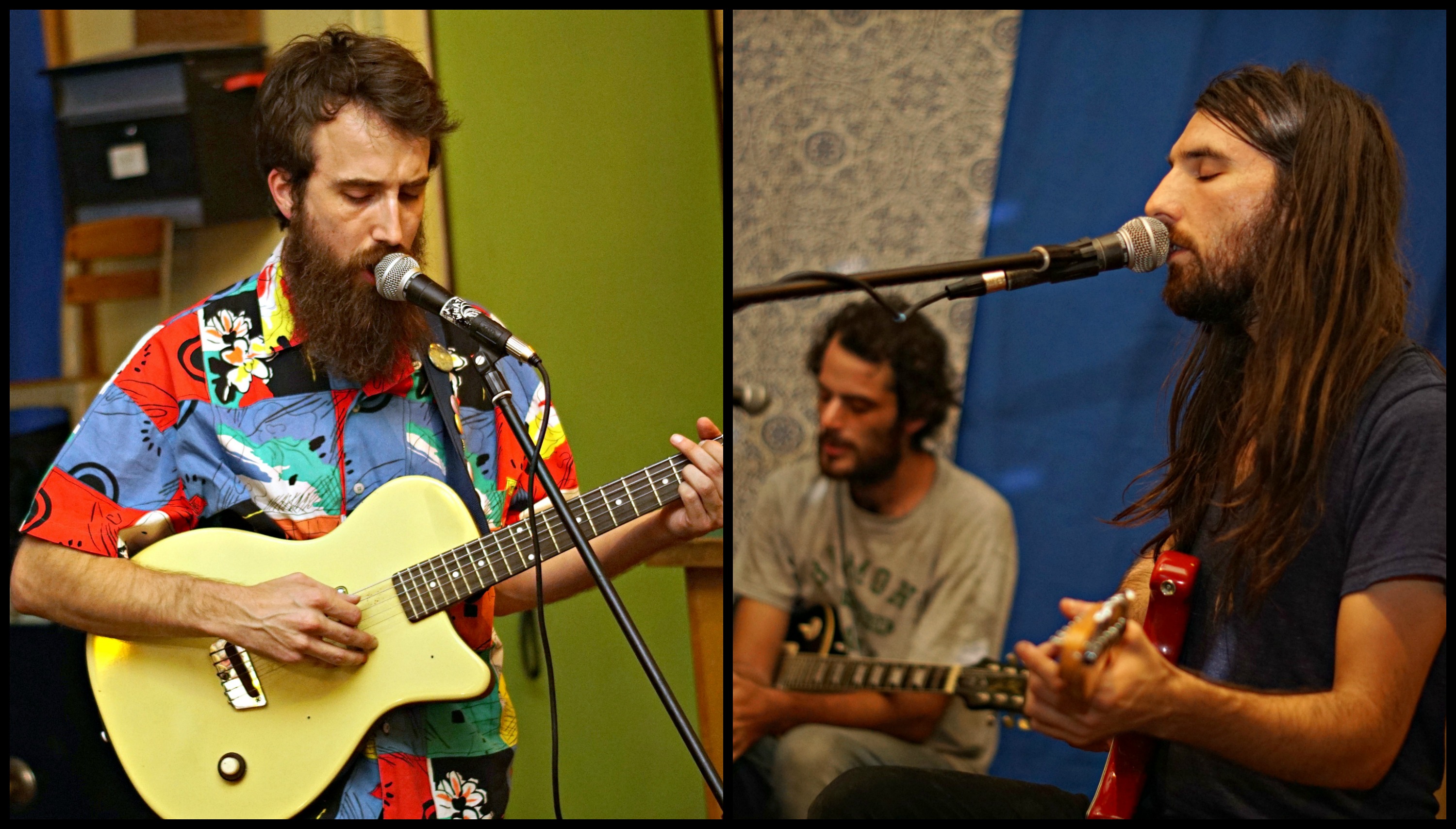 Facebook0Tweet0LinkedIn0Pin0
Imagine yourself on a walk in the wilderness, where suddenly you connected with the environment and immediately connected with nature. If this moment had a soundtrack, it would be composed by Mutual Benefit.

From the moment they fired up their flutes and melodica, a gentle soothing wave came over the crowd at Love Garden on Monday. Similar to that first touch when you get a back rub, the music let everyone’s guards down to the point where they calmly took a seat on the floor. This was certainly sit-down music. The audience immediately connected with the band the way one connects with nature on a beautiful Autumn day. The only thing separating them was a line of stones arranged somewhat in a line at the front of the stage area. They looked scattered, but one couldn’t help but have the sneaking suspicion that they were arranged thoughtfully (much like the band’s composition).

Mutual Benefit is quite possibly the most thoughtful and gentle music out there. Overflowing with sincere and genuine tones, the four-piece were equal parts instrumental and vocal stylings (but every moment was delicate). With some members of the band mastering more than one instrument, they utilized so many sounds. The bassist also played flute. The guitarist also looped his melodica. All sorts of percussion sounds were present— and even if used but for a moment, they all had important roles. Much like a gentle Bob Ross painting, no noise that popped up was ever a mistake… just a happy accident. But Mutual Benefit felt a bit more on the self-conscious, like a sudden epiphany or a veil that has been lifted— allowing you to not only see but feel the world through a new avenue. 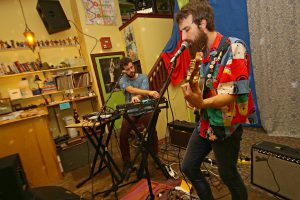 Speaking of new avenues, longtime local musician CS Luxem tried a new approach to his music. He teamed up with Joel Martin, an electronic musician who has worked with several acts including Middle Twin and Debra. Replacing his drum and bass with carefully crafted beats and loops allowed Luxem to develop his already meticulous sounds even further. These electronic sounds may compliment some of his work even more because it’s easily adaptable and versatile.

No one can do what Luxem does, because his entire approach to music is so unique. But if anyone were to try and keep up with him, it would be Martin. If they tough it out, this may be what helps pushes Luxem’s sound to an easily adaptable (and ingested) perspective on a global level.

The Replay goes to hell with Death Valley Girls