The Replay goes to hell with Death Valley Girls 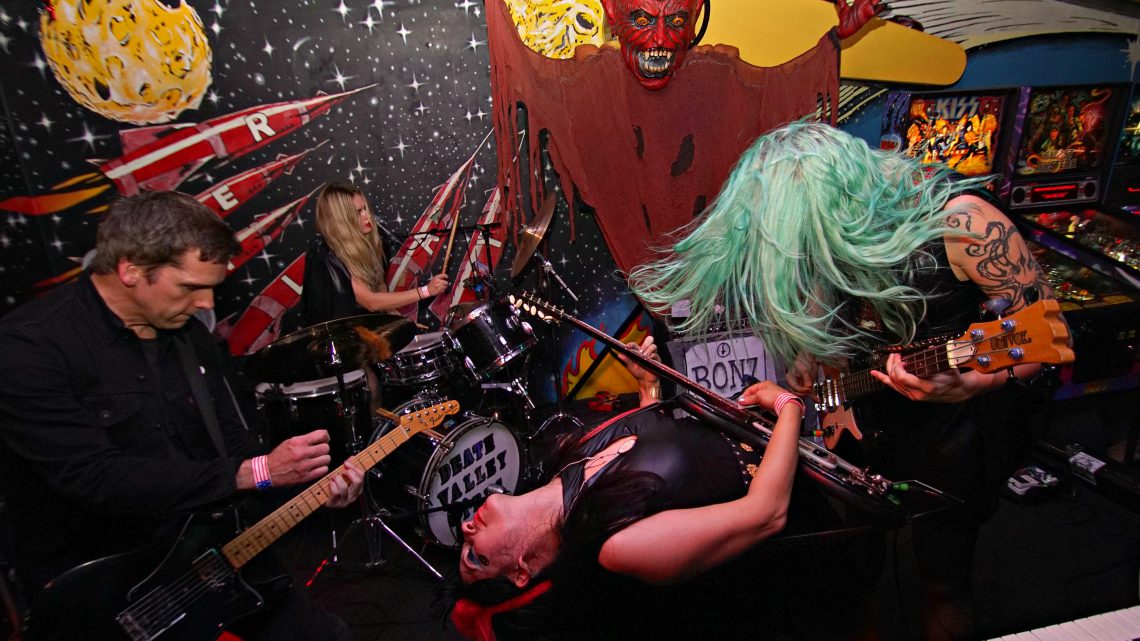 Monday was hardly mundane as Replay revelers turned out to deal with the devil, courtesy Death Valley Girls. The Burger Records rockers brought their self-described “occult-glam” to Lawrence with a flair for theatrics as they propped up a giant figure of Satan on the wall of the venue amidst a sea of dramatic lighting.

With Death Valley Girls, the devil was in the details (heh). They wore leather capes, they smeared glitter across their eye regions… they had an instantly recognizable identity and played the part well. They spoke in squirrelly voices, invited us to the Disco, and kept complimenting Satan throughout the night— and when a fan handed the frontwoman a flower, she ate it.

They were an absolute delight, but provided more than just onstage antics. They came touting a new album, shredded ferociously, and put their fans under a spell with highly catchy choruses. It was hard to draw the line between reality and their fiery fantasy. But given the choice, Death Valley Girls’ audience members were happy to cross that line and enter the inferno. When pandemonium and rock and roll go hand in hand, it’s no wonder we found hell at the Replay. Given the alluring and sexy vigor that came along with this performance, we were reluctant to leave. I guess that’s the thing about the devil. He doesn’t really show up with a pitchfork and pointy horns— he comes dressed as everything you’ve ever wanted.

See you in hell.