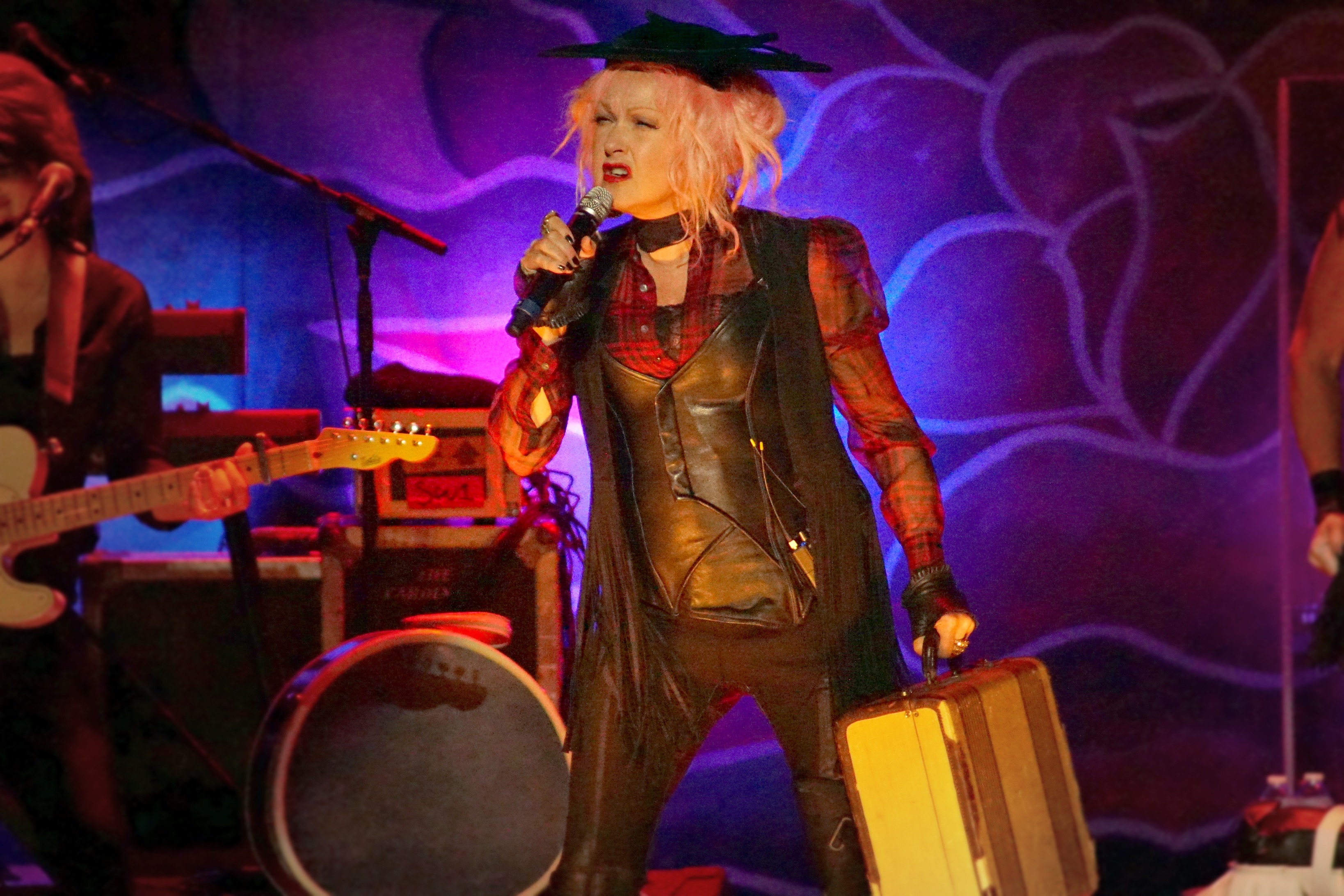 To say that Cyndi Lauper likes country music is a grand understatement. Sure, the famous 80’s-defining icon is known for her dramatic performances and pop background. But on Thursday night, her love of all things country came to the forefront at the Uptown in Kansas City.

Her latest album, Detour, is a testament to that. But Lauper kept her eccentric personality throughout the album and performance. In between her witty and sassy onstage banter, she showcased songs from Detour as well as several covers. Lauper actually has a history with cover bands (even her big hit “Girls Just Want To Have Fun” is a cover, originally by Robert Hazard), and got to explore several genres as a result. With all the banter and chit chat about those genres, the show felt more like we were getting a personal music history lesson from Lauper. Fans got treated to Doo-Wop, the blues (with an appearance from opener Charlie Musselwhite), and classic country. Because of her impressive vocal range, the songs come off as quirky and fun (much like her personality). Her alluring sense of humor shone through, particularly when she sprawled across what appeared to be the front of a car (with headlights glaringly bright) during her cover of “I Drove All Night.”

This is the type of show where fans listened, rather than sang along, because her vocals are so enticingly unique. They could never be matched. Even a simple rendition of Skeeter Davis’ “The End of the World” was made even more charming when she stood romantically upon a spinning platform, visible only by a dramatically lit spotlight. Her fondness for classic country was in full force during Patsy Cline’s “Walking After Midnight” and Patsy Montana’s “I Want To Be A Cowboy’s Sweetheart.”

But we did get some of the Cyndi Lauper most of the world has become familiar with. She gave shout-outs to the wrestlers she called family, and even indulged us with a piece of advice Rowdy Roddy Piper gave her when he said “Just when you think you have the answers, God just changes the questions.” Lauper grew up watching wrestling programs with her grandfather and talent shows with her grandmother. These television viewing habits gave unique insight into how Lauper grew into her role as an entertainer, particularly with Westerns she reenacted with her siblings as a kid.

A tribute to Prince and another cover later, she dove into her 80’s hits, including a version of “Time After Time” that featured Lauper’s dulcimer skills and a country version of “Girls Just Want To Have Fun” (it was introduced with a twangy slide guitar bit).

If you were looking for a sellout act that reverted to decades-old hits, you were sorely disappointed. What we saw instead was a performer growing into more roles and exploring beloved genres. Lauper may have “detoured” on some country roads at this point in her career, but you can bet she’s taken the scenic route. Kansas City fans, on this night, were lucky to tag along for the ride.

How to smash the patriarchy in rock and roll, according to Vedettes' Heather Lofflin