How to smash the patriarchy in rock and roll, according to Vedettes’ Heather Lofflin

How to smash the patriarchy in rock and roll, according to Vedettes’ Heather Lofflin 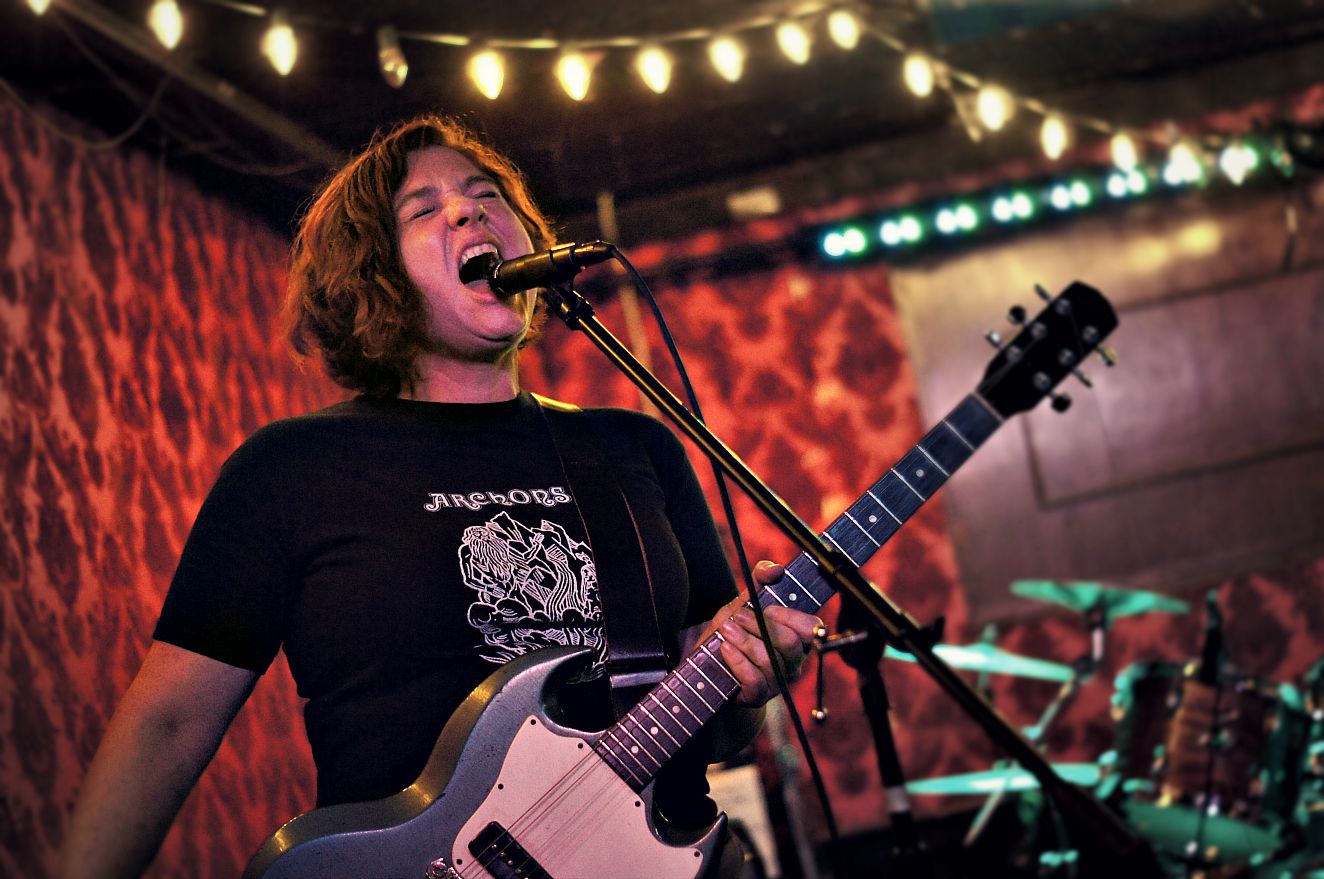 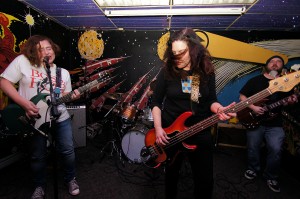 In Lawrence Field Day Fest’s fourth year, we noticed a dramatic surge in women on the stages of the rock festival. We counted every single one, and were pleased as punch to see women (who had always been there) suddenly become more visible thanks to a diverse and cooperative scene. This also happened to be the festival where we were first introduced to Vedettes, a female-fronted powerhouse with SERIOUS guitar work thanks to frontwoman Heather Lofflin and bassist Lizz Weiler. What a joy this band has been in our lives. We once wrote “This is throbbing-in-your-groin music. Rock and roll comes from the crotch, not the heart, remember? And Vedettes are going to light your crotch on fire.”

Since then, Vedettes has only grown more outrageous and thrilling to watch onstage. On Friday, you can see exactly what their antics have built up to when they play the Replay with Hipshot Killer and Glue Chords. But for Lofflin, it’s been a long musical journey. We chatted about what it means to be a women in rock and roll today in Lawrence (vs what they put up with in decades past).

1. What’s something women have to do in the music scene that men don’t?

“I think the things we have to do are indicative of late-night bar culture more than the music scene. I’ve got to be careful when I reload gear into my car after a show. Last time I played downtown, I was putting gear in the trunk and stood up to find a man standing right behind me. Had no idea he was there. Didn’t know him. And, I wasn’t in a dark alley, either. After I play, people tend to think they know me, and I will sometimes get both men and women I don’t know stand too close and lean in for a kiss. I have to be thoughtful about what I wear so I’m judged by what I play, not what I look like. And, I’ve got to have a handkerchief in my back pocket to keep the mascara out of my eyes.

If you think about it, our music scene is pretty much run by women. They are the bar owners, bookers and promoters we deal with regularly, so I don’t think we face the same issues we did 25 years ago in terms of opportunity and respect. Now, THAT was a boy’s club! I do, however, get the occasional sound guy who actually adjusts the knobs on my amp or pedals without asking. That’s just a NO. Happened recently, bless his heart.” 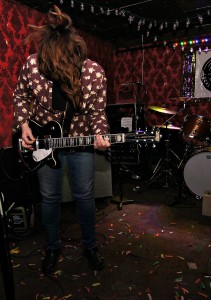 2. What is essential to smashing the patriarchy?

“I suppose my greatest weapon against the patriarchy in everything I’ve tried to do has been a somewhat innocent and unwavering belief in my own perspectives and passions. I stand up for myself. I speak up. I simply believe I should be there, doing that thing. Interestingly, I think my father taught me that. He never once said, women do this, and men do that. Boys on the block can play basketball? So can you. Boys on the block playing ball? Here’s a bat. Boys on those records playing rock? Here’s a guitar. And, by the way, here’s a Bonnie Raitt record, too. So, there is an important role for men to play, honestly. I love the energy of men. I wouldn’t want that to change. And, learn your gear and your instrument. If you put in the work, you will find you have more power, which is the same for men, I imagine. Be a leader.” 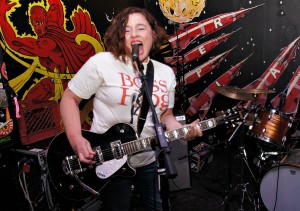 3. Who or what is a woman’s best friend in rock and roll?

“Extra D-batteries. Good quality brazier. Non-smear lipstick. Waterproof mascara. Two extra sets of strings and five picks. A handkerchief in your back pocket. A roadie wrench. Sharpie. Shoes that don’t slip. Knowing and believing in your own passions the second you step on stage. Short fingernails. And, lower that strap, ladies. The girls will fit if you just lower it a little. We don’t need special guitars.”

4. What’s something you know now that you wish you knew when you were younger?

“My ideas are just as good as anyone else’s. Men can be just as vain as women. Everyone deserves love. Don’t take yourself so seriously. Enjoy the moment. I wish I’d known I would still be doing this at the age of 45. I would have been more patient.”

5. Finish this sentence: The best shows are the ones where…

“You feel the freedom to do exactly as you please in a room full of strangers.”

You can see Vedettes smash the patriarchy live when they play the Replay Friday, September 16.