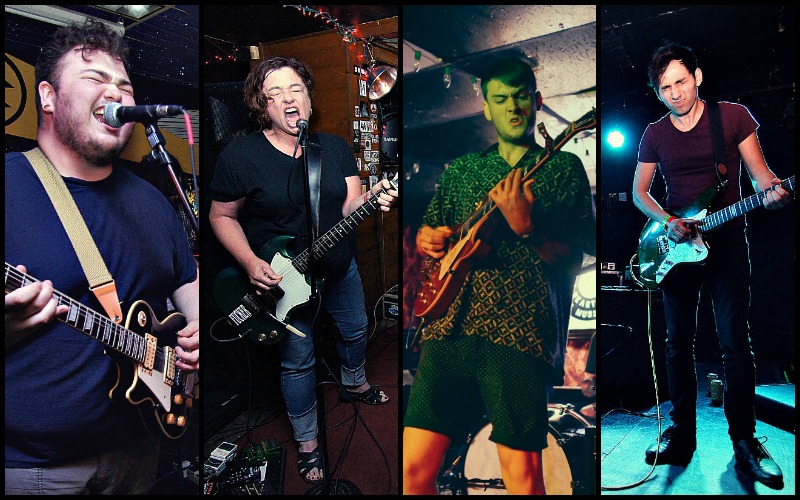 Thursday night kicked off the 2015 edition of Lawrence Field Day Fest, an event that features mostly local acts from the area scattered across downtown venues. This year gratuitously featured a lot of fresh blood and fresh attitudes (and even a couple of debuts). While music lovers had their pick of rock, punk, and indie acts, here are some of the moments that stuck out to us the most. 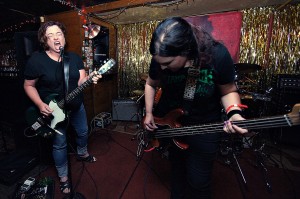 A new band (with experienced members) called Vedettes caught our attention big time. If these rockers aren’t on your radar, they should be. Vedettes are the band you can only dream about in rock and roll, except this dream became a reality in the Taproom basement on Thursday night. They were good, they were dirty, but most importantly they were fiery. They wore this spark in an effortless manner, with songs that quickly got to the point without wasting your time trying to make a statement. Nobody was there to watch them, so let us indulge you with a clip:

The Taproom is a new venue added to the festival this year. The basement is famous for amplifying any and all noises, and you could hear bands like Mr. and the Mrs. from half a block away, really tying together the opposite ends of the Downtown area that featured stages for Field Day Fest. 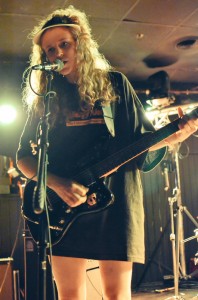 This year’s Field Day Fest is also seeing a more regional and touring presence, beginning with Chastity Belt at the Bottleneck. We wouldn’t normally use the words “easy going” and “garage rock” in the same sentence, but we would make an exception for the fair-tempered rockers. If you’re caught somewhere between wanting to rock out and wanting to enjoy a mild night out on the town, Chastity Belt could help you find that balance.

The Ovaries-eez have a fan base that’s steadily growing now. They ever-so-smoothly weaved an accordion player into the act on this night. One of the highlights of their set was watching them announce a song “for all our Patrick Swayze lovers out there,” then throwing the rock horns. 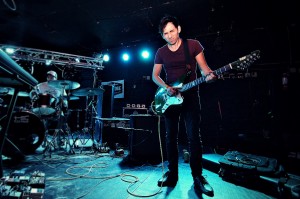 Watching Jorge Arana Trio is like watching Marty McFly in “Back to the Future” when he’s playing guitar at his parents’ prom. Arana might go into some highly skilled and intense jazz/rock mashup. It’s impressive, no doubt. But part of the scene just doesn’t know how to handle this greatness. We wouldn’t be surprised if we saw some venue-dwellers staring up at the stage in confusion, not knowing how to react to the band’s profoundly striking songs accentuated by Arana’s guitar-work (but don’t worry, their kids are gonna love it). 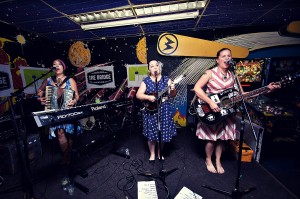 Sugar Britches continued to shake things up by intimidating all the men with their feisty female presence. If you’re looking for a nice little lady-fronted folk band, this isn’t it. Sugar Britches are more like the awesome pirate gang I want to join, and every time they raid a ship they bottle all the male tears they collect along the way. These raunchy maidens sang about all the fun a woman can get into on any given evening. Think of them as the hot sauce versions of The Ovaries-eez. You won’t be hearing them sympathize with a woman for all the hardships she has to go through, but you will hear them belt out that “the best cure for a hangover is pizza and sex!” 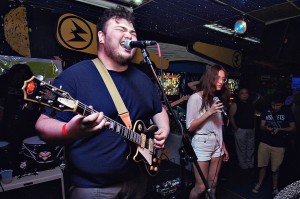 Night 1 of this year’s Field Day Fest began with a soothing and swaying set from Toughies (don’t you just love ’em?), and ended with a righteous rock out from Paper Buffalo. Night 2 continues Friday. You can see the full rundown of who’s playing here.