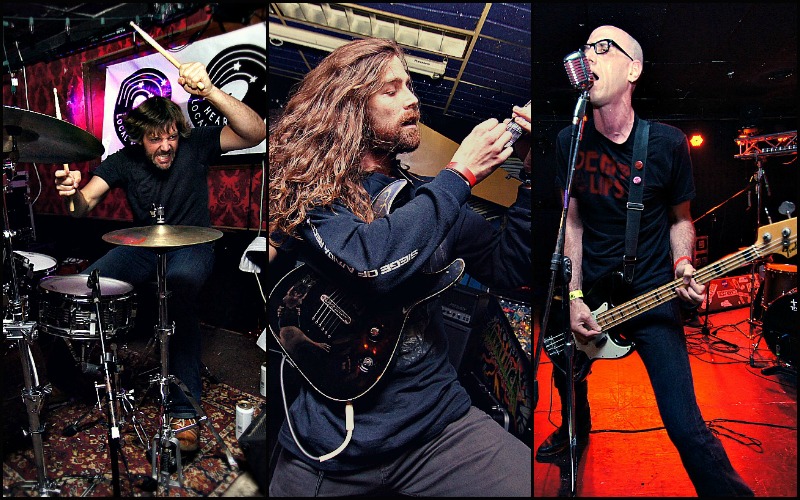 Friday night was for the rockers at Field Day Fest.

The second day of the local music festival played host to musicians from all sorts of backgrounds, such as psychedelic and folk. Bands like SONA and musicians like Nicholas St. James helped everyone find their groove and ease into the jam-packed night early, but it was the hard rock and metal bands who had a hey day. 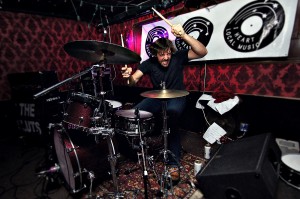 The amount of vigor Kansas City bands like Admiral of the Red and Drew Black and the Dirty Electric brought to the Bottleneck stage was enough to shake you out of your comfort zone. Lawrence’s rockers were especially unique because they had their own very defined personalities. The Sluts continued to prove time and again that a simple two-piece band can create the most authentic rock sound. Sister Rat, a band that doesn’t get enough stage time in this town, is adored for their ability to think outside the box and create noise in a highly creative manner.

Of course, you can’t talk personality without bringing up Arc Flash, the costumed madmen who drew in a Jackpot crowd early on in the evening thanks to their space punk attitude (emphasis on the attitude, since their bassist kept his back mostly turned to the audience while flaunting his always-enticing sick-of-it-all posture). 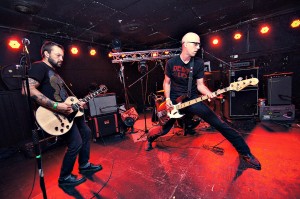 The salty hooligans in Red Kate blew the roof off of the Bottleneck. The band is loud but not so deafening that you can’t make out those killer hooks of theirs. Red Kate plays punk the way it was supposed to be. In its purest form, their songs are fast, furious, and define everything attractive about the genre. Plus, they’re intimidating as hell. The frontman is well over six feet tall, and would violently fling his statuesque frame all over the wide stage. His maneuvers almost passed for stumbly, but he had complete control the entire time… almost like a destructive ballet of sorts. Plus, he gets mad props for pulling off the splits and making it look terrifying. 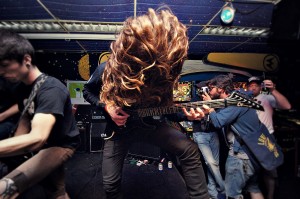 But the cherry on top of this disorderly night of ruckus was Sedlec Ossuary’s set. Those guys destroyed. This is a metal band that everyone can love, even if you don’t like metal. The guitarists lurched ahead on their pedestals while the singer roared bloody murder into the mic. With every riff and ferocious beat of the drums, the audience unanimously thrust their heads back and forth in unison with the band. It was headbanger heaven, and Sedlec Ossuary were the ringmasters of this circus. 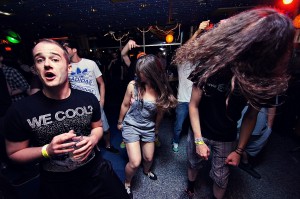 That is how you end the second night of a festival that had to viciously compete with a sold-out Granada show (Death Grips), a free outdoor street party (Split Lip Rayfield), and a major arts festival (Free State Fest). In this moment, you forgot all about the audaciously scheduled weekend packed full of live events because Sedlec Ossuary demands every ounce of attention, whether you feel like giving it to them or not. When Sedlec hits the stage, your soul belongs to them– and if you’re ever lucky enough to catch them live, you’ll be more than willing to hand it over.