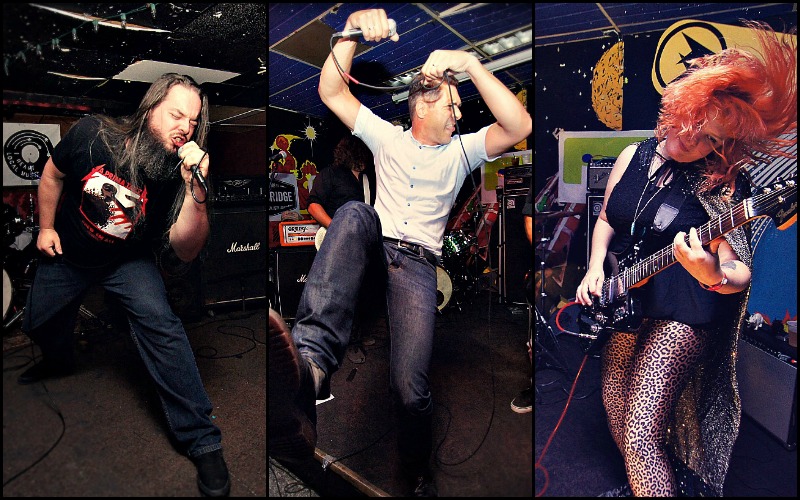 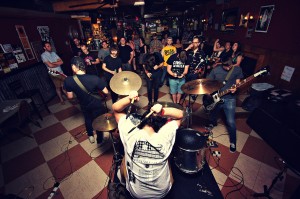 Lawrence is a music town. It’s no secret. So naturally, we have an abundance of musicians here. A band could have a hard time standing out amongst all the live acts here. That’s why events like Field Day Fest are essential. They put strictly local (and a few area) bands in the spotlight. At this year’s festival, more than ever, it was the underdogs that shined the brightest.

We still had some bigger and well known acts on the lineup, but bands with barely a demo and a few shows under their belts got to share the stages at downtown venues where they were finally heard. Oceanside Hotels, EYES OF IOLITE, and Lusty Flowers got to flex their performance muscles more. Old standbys like Gnarly Davidson and Psychic Heat still drew big crowds but also converted a few new fans. Psychic Heat recruited the help of veteran drummer Kliph Scurlock, who ended the set by beating the drums solo for several minutes until the venue absolutely had to shut it down. 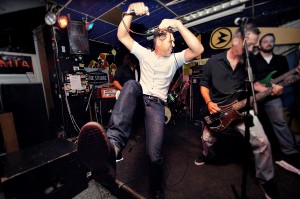 The Replay had the wildest reaction from audiences, partly because The People’s Punk Band set the bar really, REALLY high. There had been a growing excitement over this band, and they did not disappoint. They thrashed, they lunged into the crowd, and the recent change in the lineup showed just how impactful this band is. Nobody matched the tone or thrill of this perfect punk outfit, and it was hard to take your eyes off of them. 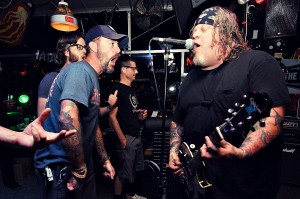 The People’s Punk Band may have set the bar high, but it was met by the severely stimulating Federation of Horsepower. At one point, the frontman left the venue and rocked his epic guitar solo out on the street corner. This maneuver had the audience in a tizzy. This is a band full of musicians with decades of experience in this region, and rather than slowing down they only grew stronger. 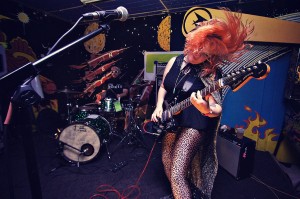 Saturday night fans were also friendly to the touring acts at the festival. The Noise FM, a band that DEFINITELY NEEDS TO MOVE BACK TO KANSAS ALREADY, delivered on audience participation by blessing them with custom beach balls. St. Louis-based Bruiser Queen debuted new music and were warmly welcomed back to the Replay as though they lived here all their life.

When a band treats the scene well, the scene returns the favor. We have a strong music presence here because everything, from venues to promoters to built-in audiences, is accessible. But you don’t arrive at that point without proving your dedication to the scene. You don’t even have to be very good, you just have to love local music. Over the last two years, Field Day Fest has been solidifying their identity as the festival that mostly hosts bands dedicated to that sentiment.