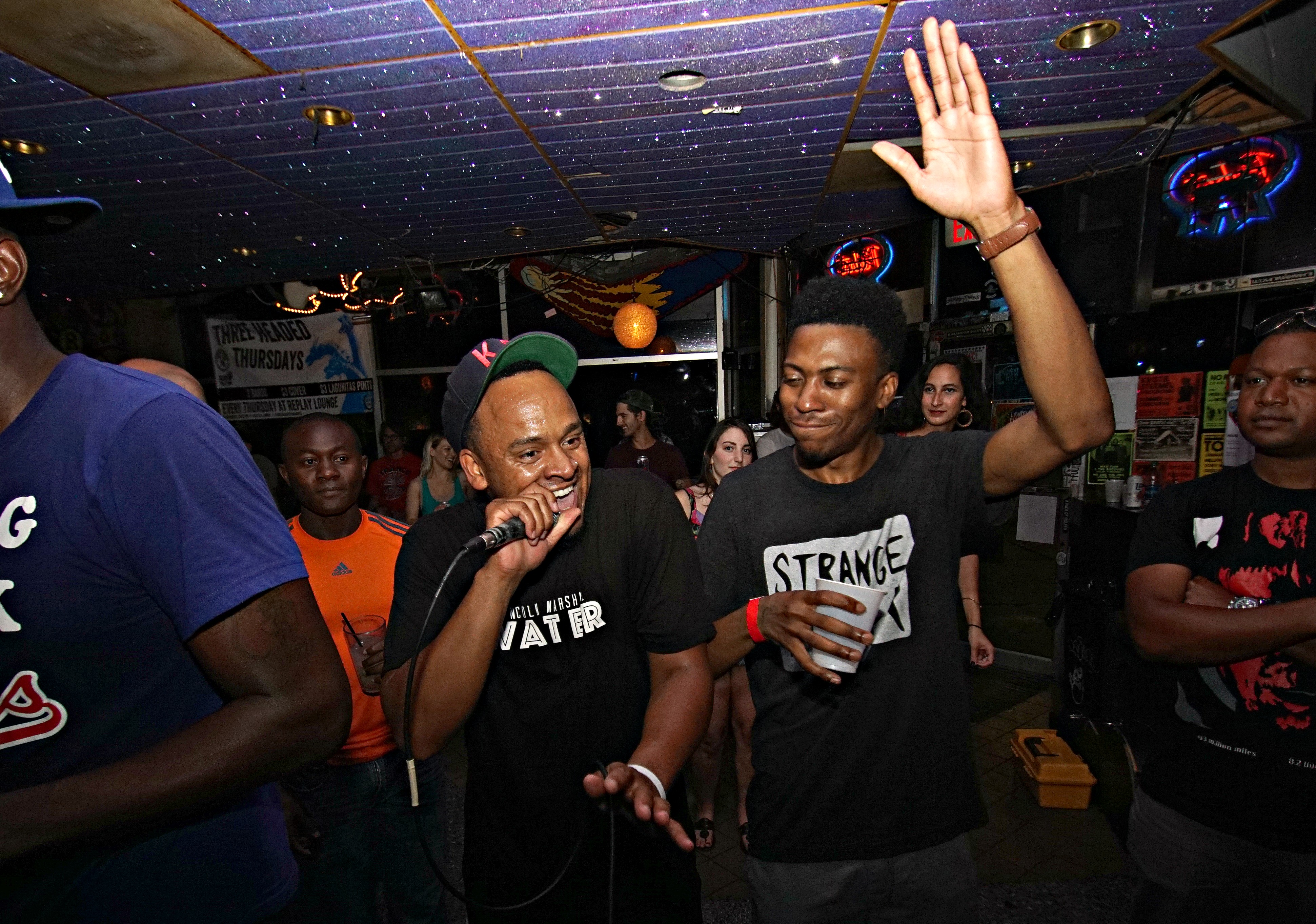 The fifth year of Field Day Fest ended in a spectacular showing of fanfare, support, and complete absurdity.

Saturday’s sets started bright and early with a Girls Rock showcase at the Jackpot. The set was aimed at showcasing female-fronted bands such as La Guerre, Vigil and Thieves, and The Ovaries-eez. But really, the entire day had a strong showing of women with bands like The Cave Girls, The Quivers, and The Bad Ideas in tow.

The day also played host to a number of punk bands from Lawrence and Kansas City. Some were brand new acts featuring teenagers (Glue Chords) while others had years of experience behind them (Stiff Middle Fingers). Over at The Bottleneck, Hipshot Killer and The People’s Punk Band proved to be fan favorites. What was exceptional about the punk sets was the inviting nature for younger generations. Many of the rowdiest bands played an early, all-ages set at the Replay. This allowed younger musicians (and their siblings) to take part in a genre that has a history of welcoming in fans from a variety of backgrounds.

The night sets at the Replay belonged to Datura Records, a label brought to you by Approach. This means we were treated as many hip hop acts as he could fit in during that time, including Left E. Grove, Louiz Rip & Deuce, and Sheven– the group appeared dressed as Ghostbusters, complete with the Stay Puft Marshmallow Man.

The Datura showcase ended on the highest of notes when Lincoln Marshall stormed the venue. We’ve covered the duo several times over the last year, but we’ve never seen MilkDrop come out of his shell the way he did on this night. Milk, Approach, and DJ G-Train lit that place on fire. The festival was right to schedule them last, because there’s no way anybody could have followed a fantastic finish like that one.