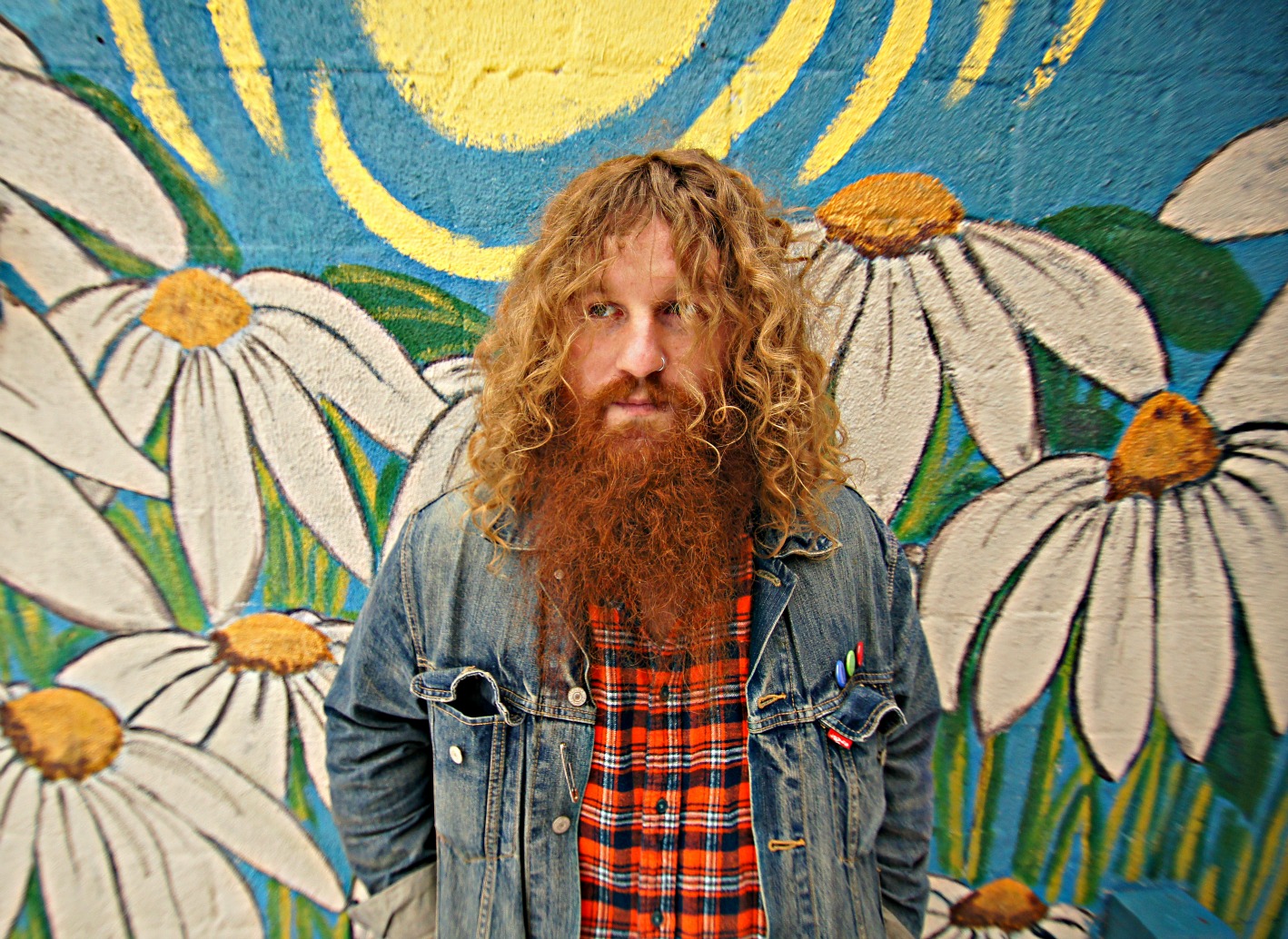 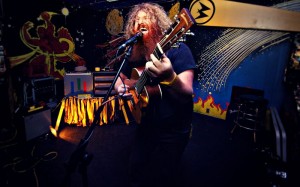 In October of 2014, Nicholas St. James performed in front of a large crowd in the theatre of the Lawrence Arts Center. The folk artist performed alone but was joined by an enormous shadow of himself cast upon the entire theatre thanks to a yellow light he placed on the ground beside him. He totes this light along to every show, but it was only at this one where his larger-than-life presence was finally released in its true form.

The best part about this show at the Arts Center is the menacing 50 foot shadow of @nstjames that's being cast upon the theatre.

On Monday, the lively, canary-yellow-clad performer returns to the Lawrence Arts Center for a long overdue LP release show that is promising all the bells and whistles. The album, Theatres, took two years to create but recorded in one day at the Jazzhaus. St. James owns and operates his own recording studio, but wanted to step outside o this comfort zone. “My studio is good for a lot of things, but not for how I wanted to make this record,” he admits. “I wanted it to sound like the basement of a hot jazz club in New Orleans. When I hear my music, I always envision some hot sweaty jazz basement in New Orleans. I wanted to hear the room in the record. So really, while there’s people playing on the record, the room is a member of the band on this record— and that was terribly intentional.” 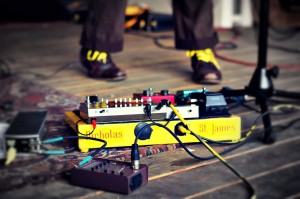 So in late November, he packed up three musicians an an engineer and knocked it out the best way he knows how: like a live set. “We didn’t do anything more than three times, and some of the songs on there are first take,” he confides, saying this manner of recording tempted him to analyze his past work. “Everything was done live… This record sounds like me. My EP didn’t sound like me. I almost redid two of the songs from that. Once a song’s recorded, it has a home and it will forever have a home. It doesn’t need to move houses. That house doesn’t burn down, that’s its home forever. Because my EP didn’t sound like me, I realized they were going to have to live in that shack.” The album is a testament to a trait anyone familiar with the charismatic performer knows: Nicholas St. James is an act best served live.

The live show is precisely what drives St. James to stick it out in the ever-challenging music scene. Many musicians will grudgingly hold day jobs and play music on the weekends (and when they can, weeknights). But St. James has fully immersed himself in the business. When he’s not recording bands like Sugar Britches in the Yellow Ribbon Studio, he’s on the road. And when he’s not on the road, he’s… in front of a computer. Because spending dozens of hours every week booking and promoting your own shows is all in a day’s work in the glamorous life of a musician, according to St. James. “I don’t regret it, but it was surprising that I was going to be sitting at a desk, at a computer,” he jokes. “I play a lot, so maybe if I played less frequently I wouldn’t have to do that. But I love doing what I do, I love doing it in this town.” 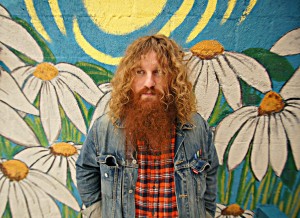 His Lawrence pride is not something you an easily brush off, considering his St. Louis roots and intense St. Louis pride. You really can’t get two sentences into a conversation with St. James without him throwing out a St. Louis reference. “I lived in St. Louis for nearly 21 years when I moved here. To say that I’m not very St. Louis is asinine. But the reason I don’t live there and have no desire to move back, the reason I released the record here, is because there’s a larger part of me that’s not St. Louis,” he says. “There’s a lot of things I don’t understand about that city. Every time I go back, something else is burned down, closed. 49 percent of me is in love with that town, but there’s 51 percent of me that doesn’t understand St. Louis the way I did growing up.” St. James references those feelings on Theatres’ second to last track, “St. Louis Rag.”

With St. Louis in his rearview mirror, out of sight but never out of mind, St. James spent years planting roots in Lawrence with a reach that extends well into Kansas City. Any night of the week, you might find him playing an early show on the small stage of a Downtown Lawrence restaurant, rocking the night away at the Westport Saloon in KC, or cheering on his peers at the Replay. If there’s anything that will keep a musically active man like St. James toughing it out as a musician (and tied to a computer the rest of the time), it’s the opportunity to play in the Lawrence music scene. While a lot of folk and bluegrass musicians book acts similar to theirs on their lineups, St. James will often call upon different sections of the scene. In the past year, he’s booked shows with psych rockers, metal bands, and even a local doo-wop act. “This town has a fantastic, diverse, open music community. There’s very little bickering between people,” he says, before declaring the understatement of the year. “This town takes care of itself. Taking advantage of diversity in this town and the small size of this town, that’s why Lawrence rules.”

You can watch Nicholas St. James at his release show for Theatres on Monday, February 22nd, at the Lawrence Arts Center at 7:00 p.m. For Nathan Cardiff’s excellent analysis of the new album, click here.