Photo Gallery: The People’s Punk Band / The Rackatees / The Hemorrhoids

Photo Gallery: The People’s Punk Band / The Rackatees / The Hemorrhoids 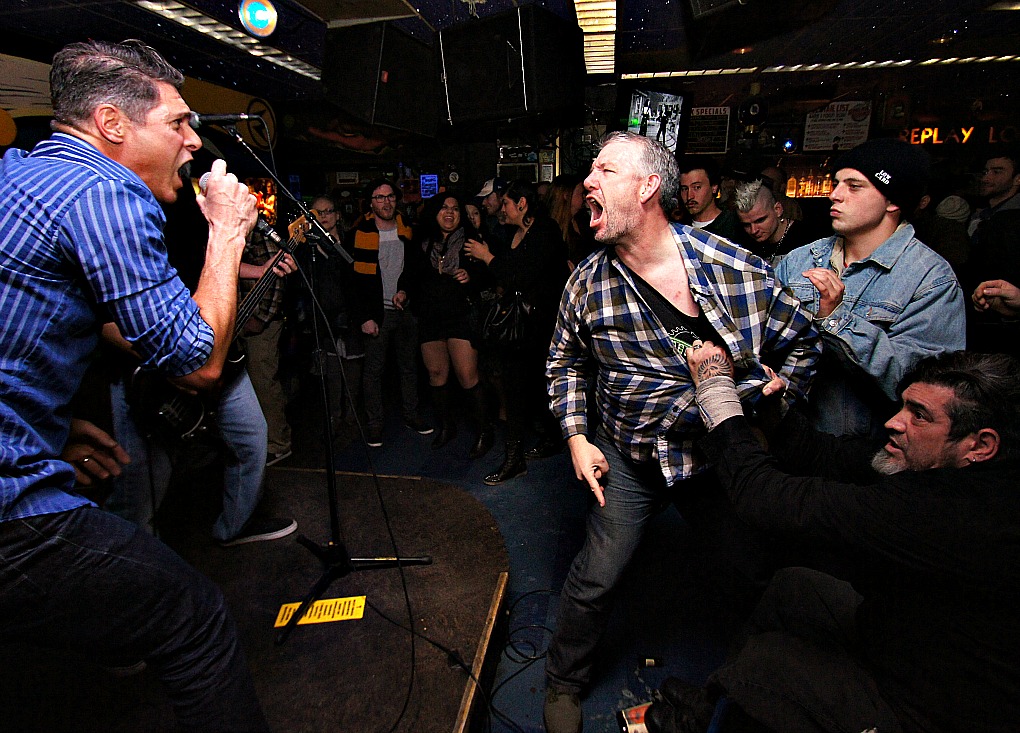 “Punch each other nicely!” The singer for The People’s Punk Band had to stop halfway through the band’s set to lay down some rules. If you can believe it, the band known for bringing rowdiness to stages in Lawrence actually brought a little too much rowdiness to the Replay Saturday night. So by the time the crowd had grown overly aggressive and glass had shattered everywhere, a pep talk was in order. The audience immediately responded in what we can only describe as a drunk and disorderly “hug it out” session, and the show continued in a more favorable unruly fashion (don’t worry, they still shoved the shit out of each other).

The band was joined by fellow LFK punk rockers The Hemorrhoids and The Rackatees. Both of these groups put a lot into their work, playing in a manner that makes their scene a tighter community. So when they played the Replay on a night cold enough to reach single digits, the venue was packed in an overwhelming show of support. In short, The Rackatees and The Hemorrhoids are bands you want to have in your town because they actually grow their community and produce solid results via a growing fanbase and a never-ending supply of reliable performances.