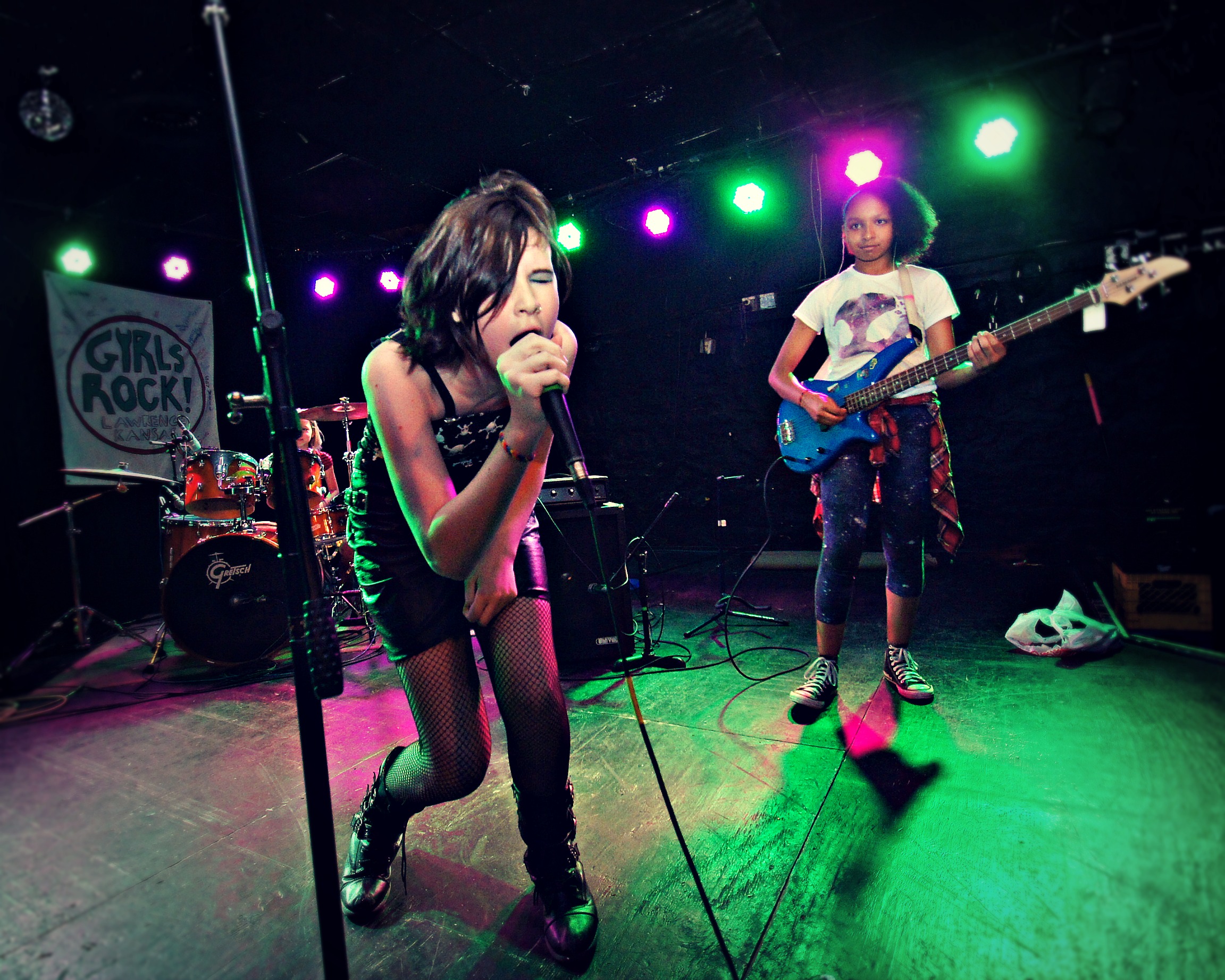 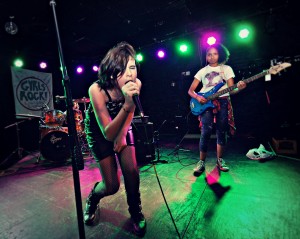 It seems I can’t go two weeks without hearing from someone about the positive, lingering effects of Girls Rock! Camp. Now, once again, young women in Lawrence will have their voices heard.

The Girls Rock! campers are getting together for a celebration, this time for their CD release party. Over the summer, young women in Lawrence attended the camp to learn about empowerment through music. At the end of the week, they were performing in rock bands on the Bottleneck stage. It was a high point of the summer for many Lawrence music lovers and scenesters because if you weren’t involved with the camp, you likely knew someone who was. 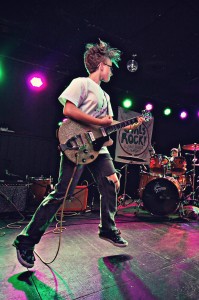 During that time, the girls recorded songs that they wrote at the Lawrence Public Library in the Sound + Vision Studio. This weekend, they’ll finally be celebrating the release at Cider Gallery, 810 Pennsylvania. The celebration takes place on Saturday, and will begin at 6:00 p.m. with a screening of footage from the camp and showcase, recorded by Women of Lawrence Film (WOLF). Afterwards, DJ Kimbarely Legal will get the dance party started. You can hear a sample of what the girls have been working on below.

Local musicians, including members of Youngest Children, La Guerre, The Ovaries-eez, and Heidi Gluck, had a big role in the camp. They volunteered several hours of their time to teach the girls how to play music and how to use those skills to empower themselves. “I want them to see what we worked on this year. I want to show how life changing this weeklong camp was for many girls,” says Gluck. “It was beyond music, it was beyond rock and roll. It was all about feeling confident by the end of the week, and we heard that from a lot of parents. Not only did their girls learn how to play instruments, but they grew into themselves as human beings.”

This is a free event and all ages are invited to attend. If you purchase merch (or the CD) at the event, the proceeds go towards making sure the event can happen again in the future. Considering the overwhelming turnout for the camp’s first year this Summer, that’s likely to happen.