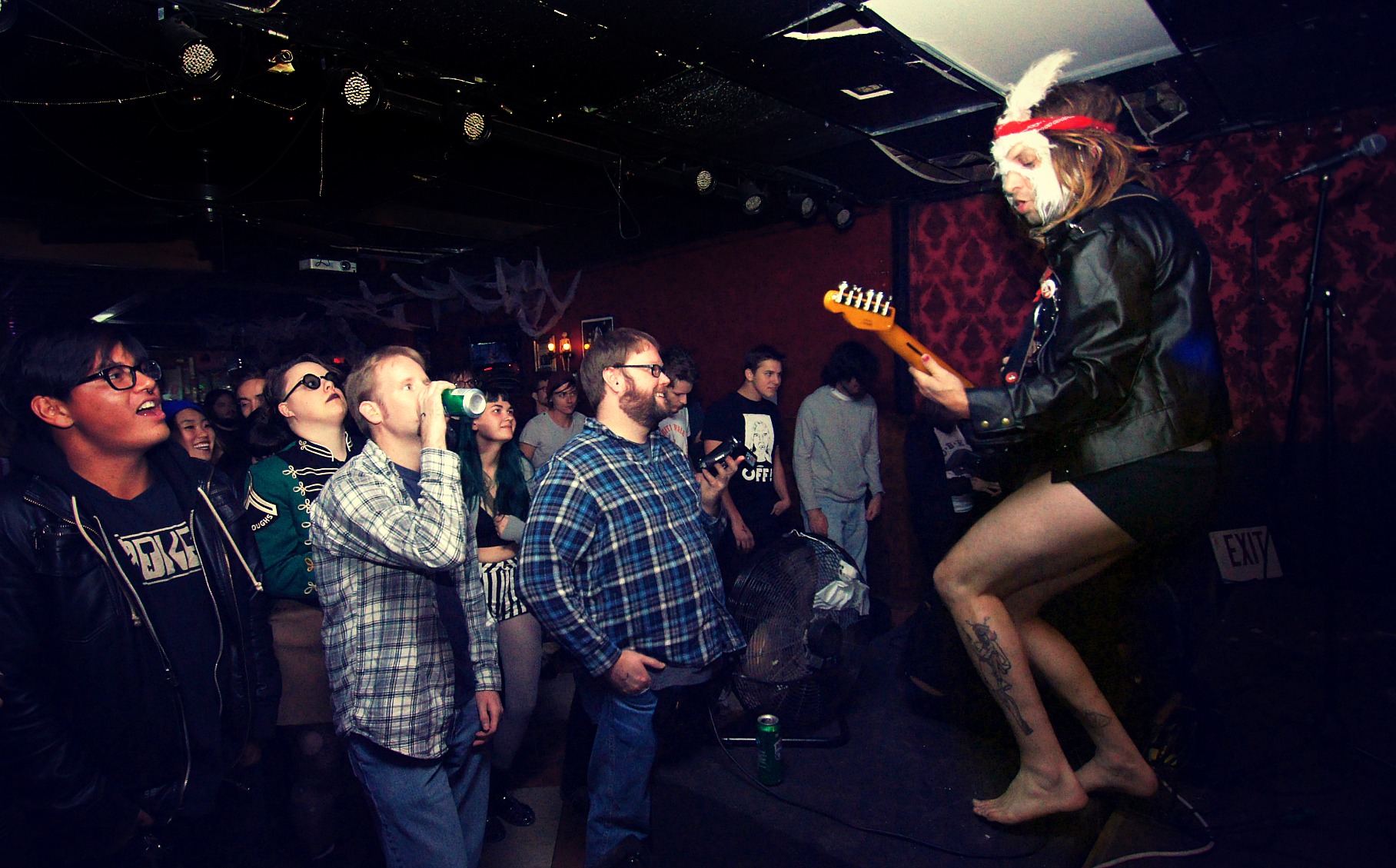 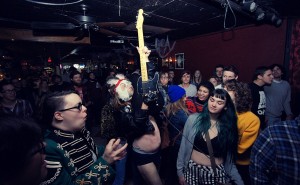 Wednesday night was full of mischief thanks to the antics of NOBUNNY, a garage rock act featuring a man that dresses as a bunny and bounces around in his underwear.

NOBUNNY makes wild and untamed garage rock laced with playful pop. The result is an audience that happily bops (and sings) along to the band’s playful numbers at a volume that could be heard all the way from the bar across the street. Their stage presence is boisterous and intense, with every member channeling a bunny in some capacity. The merriment was high as the lights turned off and the “disco balls” turned on, shooting colorful lights across the venue while the spunky frontman bounced across the stage and sometimes into the crowd. 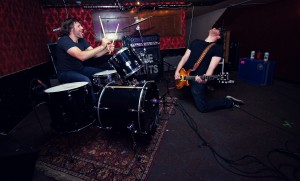 NOBUNNY was joined by The Sluts, a duo known for their authentic rock and roll. Their raw sound continues to grow and attract audiences in Lawrence and in Kansas City, but it was their Stooges cover of “I Wanna Be Your Dog” (a song they’ve performed since their very first show) that really sealed the deal for many in attendance that night. While the drummer has always maintained the stage presence of a terrifying and dangerous gorilla, the frontman normally stays still and focused. But on Wednesday night, he started coming out of his shell and began to move about. He even dropped to his knees for a flamboyant finish at the end of the set. 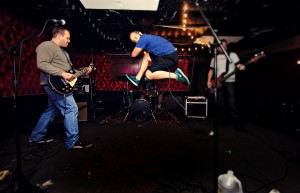 Like NOBUNNY, Stiff Middle Fingers also enjoys dabbling in Tom Foolery. Hot off of a stunt that had them playing four shows in four cities in one day, the band’s singer’s voice was still a little hoarse. This, however, did not keep him from maintaining exceptionally high energy levels throughout the set as he climbed booths and dived into crowds. The band also treated the crowd to several tracks off their recently released Antisocial Studies.