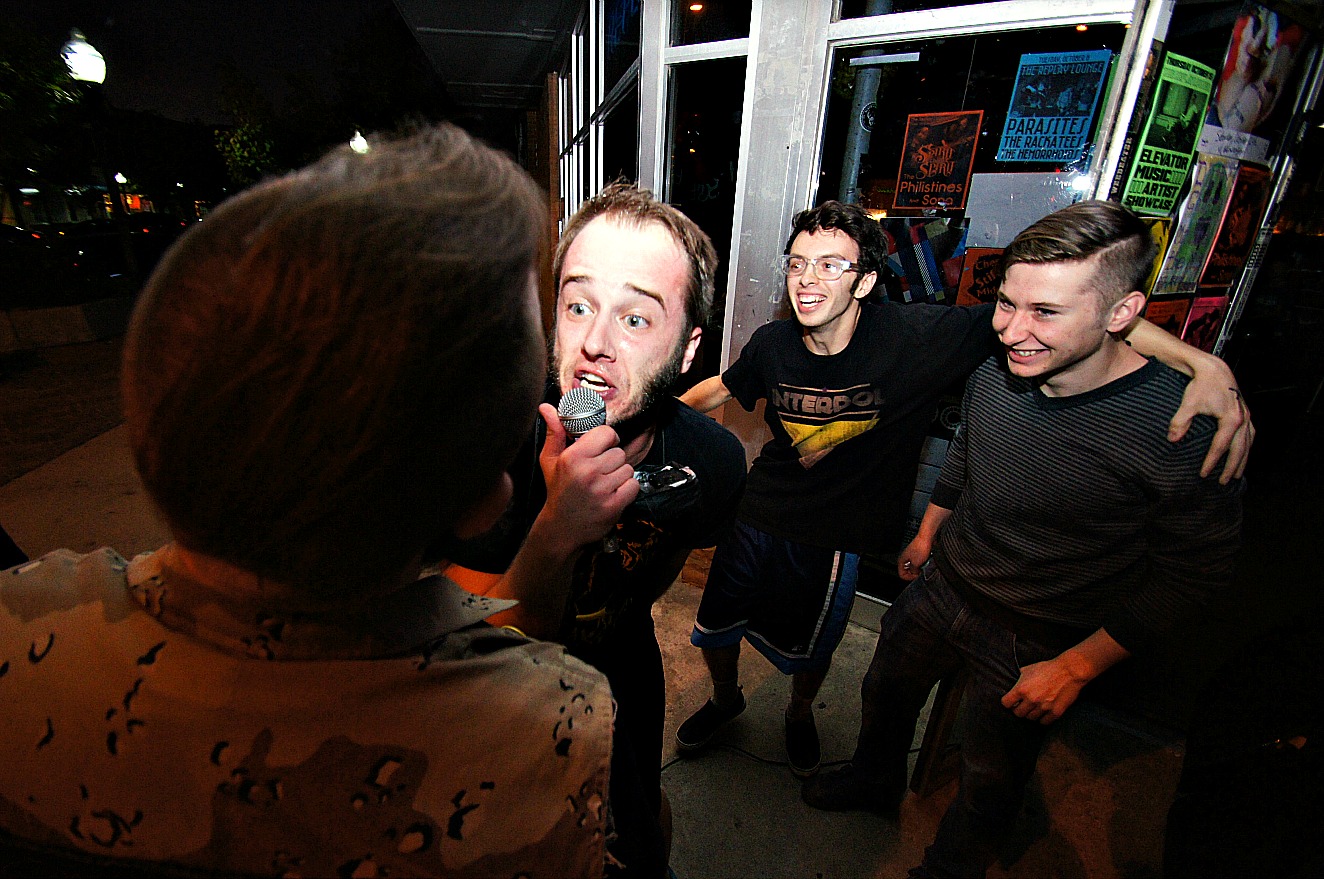 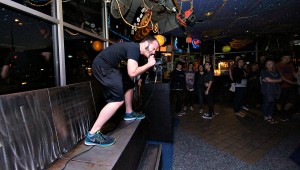 There’s a reason the singer for Stiff Middle Fingers shows up in gym shorts and running shoes. What Travis Arey does takes a lot of stamina, and he doesn’t mess around.

Take Saturday, for example. That’s when Stiff Middle Fingers played four shows in four cities in one day. They started in Manhattan in the morning, headed to Topeka in the afternoon, then settled into Lawrence at the Replay for an early evening show before finishing it off with a Kansas City show at night. The band performed this “Olympic Fete,” as Arey called it, to commemorate the release of Antisocial Studies, the latest album to come from the relentlessly fun punk rockers.

By the time Stiff Middle Fingers arrived in Lawrence for their show, you could already hear the hoarseness in Arey’s voice. That didn’t stop him from going balls to the wall. No, really. He climbed up on the outside of the venue and laid flat against the window (thus, putting his balls literally on the wall). 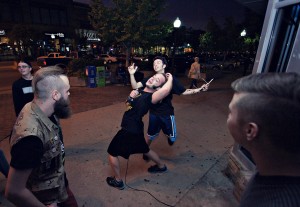 In true Stiff Middle Fingers fashion, the band remained planted onstage thrashing away while Arey sprinted as far as his mic chord would let him. He ran outside, he ran back in. He climbed chairs. He climbed booths. But it was when he sprinted to the corner of 10th and Massachusetts, a particularly lively corner of downtown, that the entire venue followed him outside. Imagine you’re walking downtown when a gaggle of punk rockers suddenly spills out of the Replay front door and all over the sidewalk. Everyone sang along to this portion of the evening, while distorted guitars and drums could be heard just so faintly in the distance. 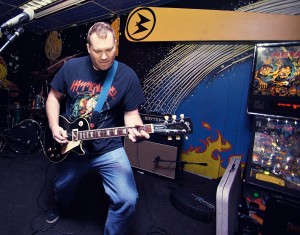 While fans doted on Arey outside, it’s important to notice the expertise on the rest of the band onstage. The guitarist at this show was at one point the band’s bassist, which renders him versatile and irreplaceable. Sure, Arey had his energy at peak levels for four shows in one day… but so did everyone else. Punk songs are no picnic, either. They’re fast, they’re furious, and they have to thrill. Considering the warm reception the band got at their third show of the day, we’ll call this stunt accomplished.

Here’s what they looked like during one of the rare moments where Arey stuck to the stage: