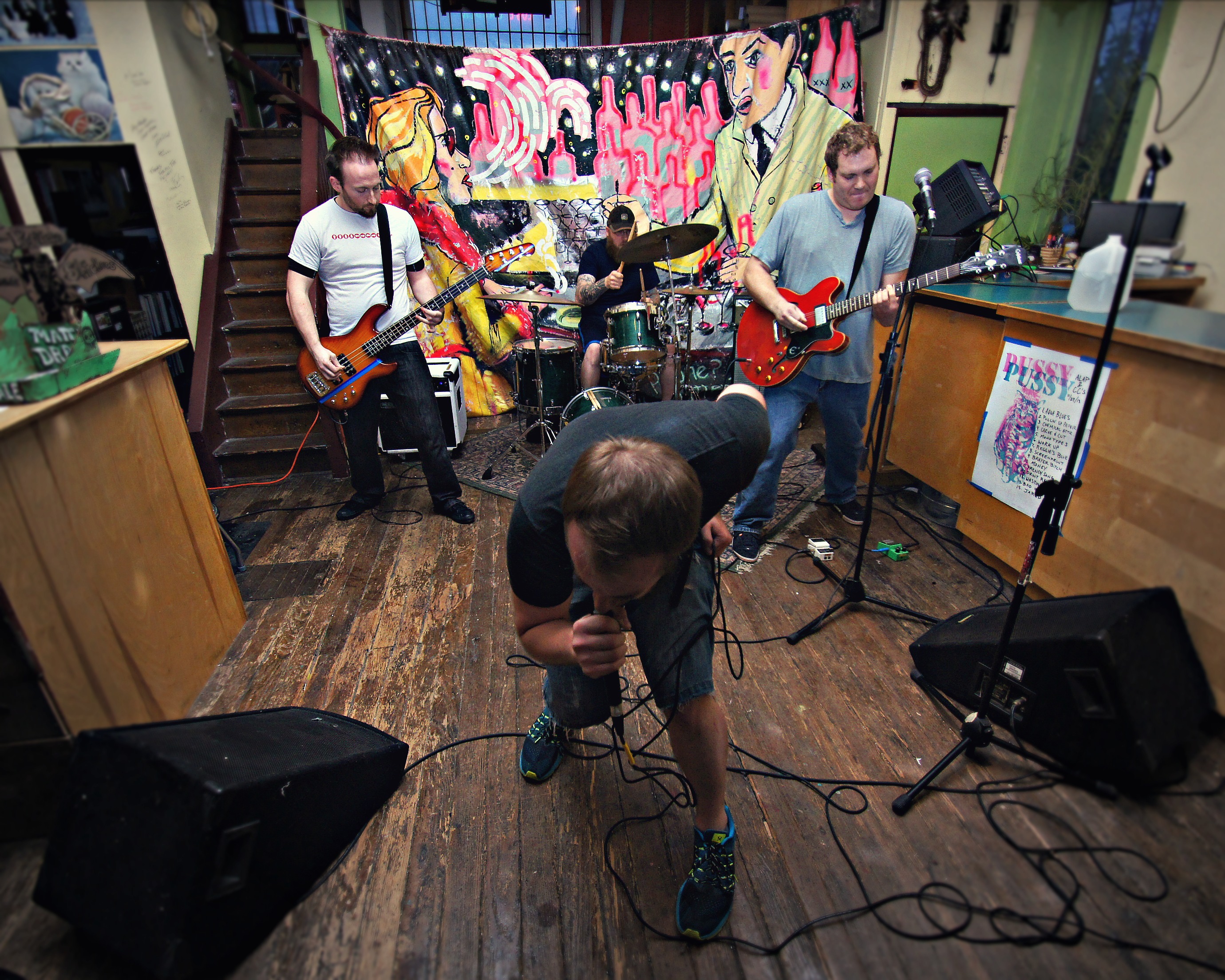 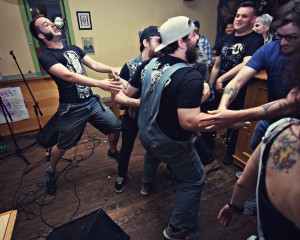 The first time we saw Stiff Middle Fingers, the punk band’s frontman was stuck the to the tinted glass windows of the Replay, like a decal. He was half screaming, half singing at a man using the ATM outside until he noticed. The startled passerby giggled, pointed at Arey, looked at his friends and shrugged. This was a classic maneuver from Stiff Middle Fingers. The band always seems to be pushing it when trying to get their audience’s attention. Saturday, October 10th, will be no different. That’s when, for the first time, Stiff Middle Fingers will perform four shows in four cities in one day.

“We’ve always wanted to do the thing where you do it guerilla style and play random shows around town,” says guitarist Cameron Hawk, who pointed out that the band decided to say “fuck it” and play four shows in one day instead. They’ll start at a house venue in Manhattan, then playing Boom Comics in Topeka in the afternoon. In the early evening, they’ll play the Replay before going to Holy Cow Market in Kansas City for a “traditional” night show. The day will no doubt be full of those fast and furious, under two-minute songs peppered in with physical antics from Arey (who almost always finds a way to stretch the mic chord outside and serenade passers-by). 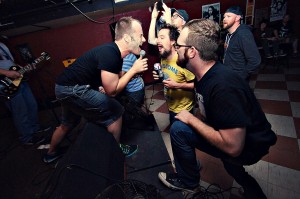 It’s going to take a lot of stamina, but this is nothing new to Arey. The very definition of stamina was modeled after him. Like many of his punk rock peers, the man with endless energy learned how to channel all his frustrations into the punk scene. “I used to streak a lot in high school. We used to get books from dumpsters and throw them in people’s lawns and spell dirty words. But I feel like once you turn 18 and you can be legally prosecuted as an adult, a lot of that stuff becomes less fun,” says Arey, who was also a viola player during his tten years. “I missed performing. I’ve always loved going to shows, that’s always been my outlet, my ‘sports ball,’ going to shows. I loved that community.”A Weird Al and Anti-Flag show later (separate events), Arey found his calling. “I liked that everybody could be rowdy, but nobody was trying to hurt anyone. It’s neat to walk into a place and know there’s that feeling of unspoken community, and it’s a much more spoken and generous community.” 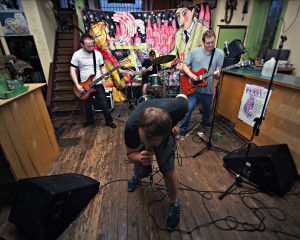 Arey then decided that being nice and polite, to him, was the new punk. This, in turn, garnered tons of fans for the band. “Our fans love Travis,” admits Hawk. “He gets stopped on the street all the time.” The always-smiling Arey (even his eyes are smiling, most of the time) calls this act “getting stiff middle fingered,” which is humorous considering it revolves around acts of kindness. “I always try to be polite and considerate,” he says. “That’s anti-society and anti-capitalist. So that’s my personal rebellion.” Both Hawk and Arey was quick to point out the same trait applies to Fucked Up, one of their favorite bands. “When I saw Fucked Up at Riot Room a few years ago, he sounds like the angriest motherfucker in the world. Then, between songs, he’s nice,” says Hawk, who’s been accused of being “not punk enough” (a beloved pastime amongst punk rockers) for this type of behavior. “But I love punk music. I just love fast, but jarring riffs.” 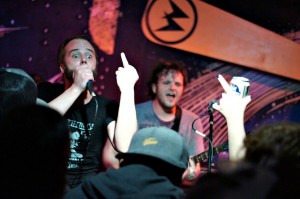 But for Hawk, the music can’t stop and won’t stop. It couldn’t’ even if he tried. “As you get older, it changes. You gotta worry about other shit,” he says. “For me, it’s the best way to express myself, and expressing oneself is really important.” Naturally, Arey agrees. “I think it’s multi-layered for me. It’s always been my outlet. There’s not a lot of places in society where you can really let loose and scream at the top of your lungs,” he says. “I try to take something that, if it’s bothering me, then I pour it all into this song. Then I don’t have to talk about it anymore. I can just scream about it. Then other people can relate to it. That was important to me when I was finding that outlet, songs that I could relate to. Instead of letting it be something that destroys you, you can make something that people can relate to.”

See how you relate to the band this Saturday when they play an early show at the Replay as part of their marathon, four-show-day, to celebrate their EP release.

Photo Gallery: Built to Spill at the Bottleneck