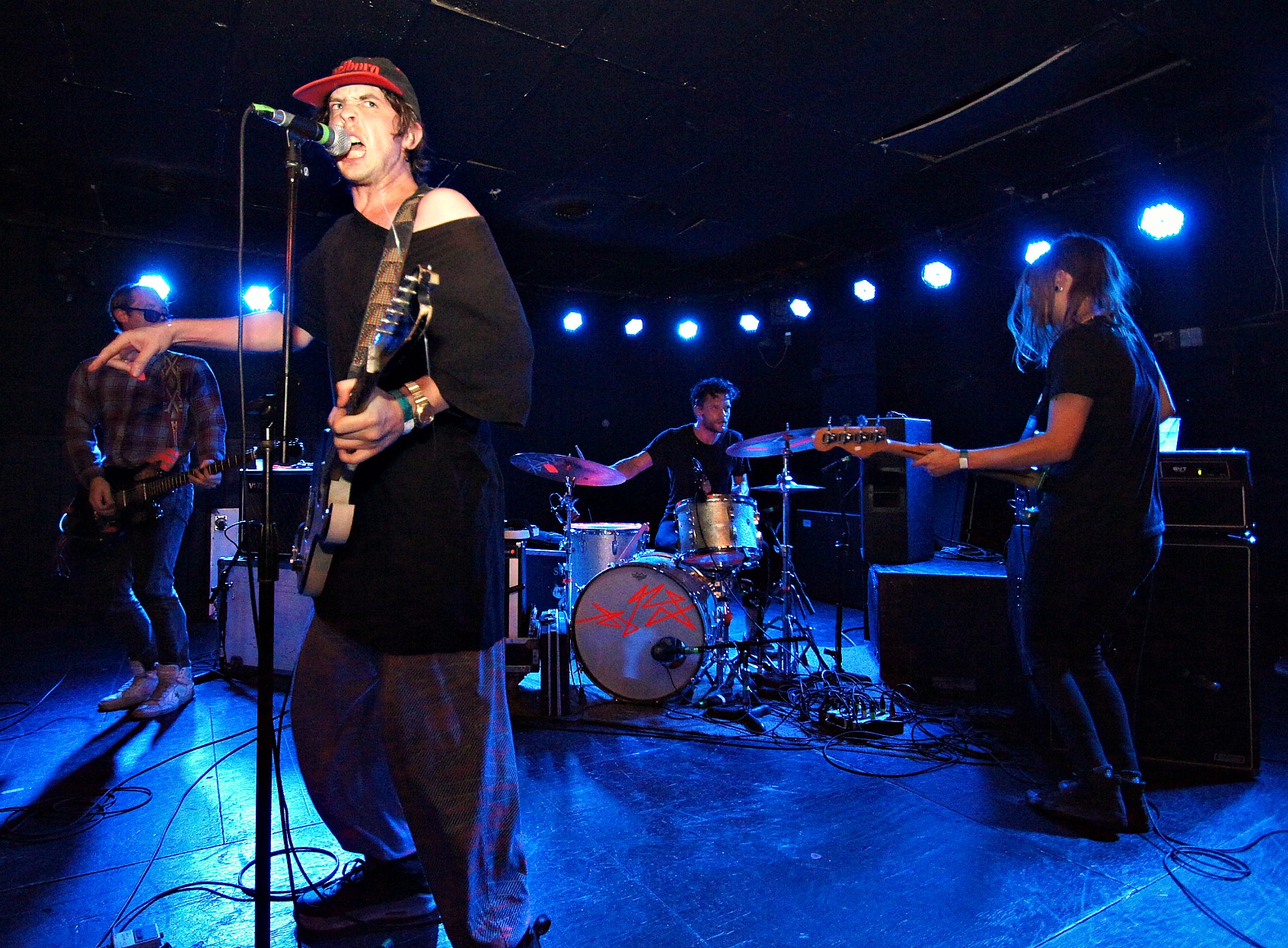 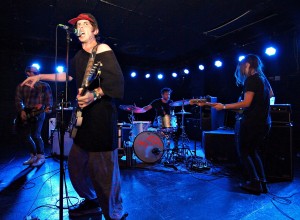 After a nearly three-year absence, Broncho returned to their Lawrence fanbase on Thursday night. This time, they moved up to the Bottleneck stage, where the rockers had more room to flail and jitter along to their catchy tunes.

“Infectious” may not be a strong enough word when describing the songs off of the band’s most recent album, Just Enough Hip To Be Woman. Every riff is memorable, every song is danceable, and most words were shouted back to the band by the excitable crowd. The band effortlessly toes the lines between punk, garage rock, and maybe even new wave. There’s something wonderfully nostalgic about what Broncho does to music, and years of nonstop touring on heavy songs have helped them up the grunge level on those songs. With so many genres in tow, it’s easy to see why they’ve gathered several fans out of various sections of the scene. 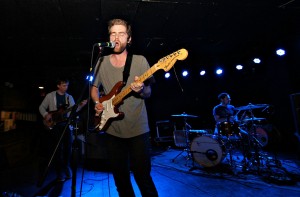 For this tour, Broncho brought along Omaha’s Twinsmith, a band that’s heavy on the synth and laced with beautiful vocals that often hit falsetto peaks. Using the word “hazy” isn’t too clever of a term to describe bands, but it fits fairly well with Twinsmith thanks to their rich tones. With just a hint of pop, the band is easy to love and could very well be enjoyed on a refreshing Autumn drive with the windows down. Consider Twinsmith cheery music for listeners who enjoy dark brooding. You wont’ have to wait long to catch them again, the’ll be back in Kansas City at recordBar on November 5. 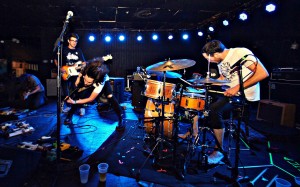 Psychic Heat opened up the show fresh off the end of their tour, and it showed. The band wailed, flailed, and raised hell in what seemed like one dizzying, continuous song. The psych-heavy set felt like one big jam, and left revelers happily disoriented and wondering where one song ended and the next song began. This is the band’s first time with a new lineup, featuring Arc Flash’s James Thomblison on bass and Mark Osman (the busiest drummer in Lawrence, if you’ll recall). We’ve heard a fellow scenester refer to these two as “the rhythm section of Lawrence,” and they’re not far off. The duo can now add this to the list of many bands crowding up their resume.

Here’s a taste of their new, hypnotic sound.