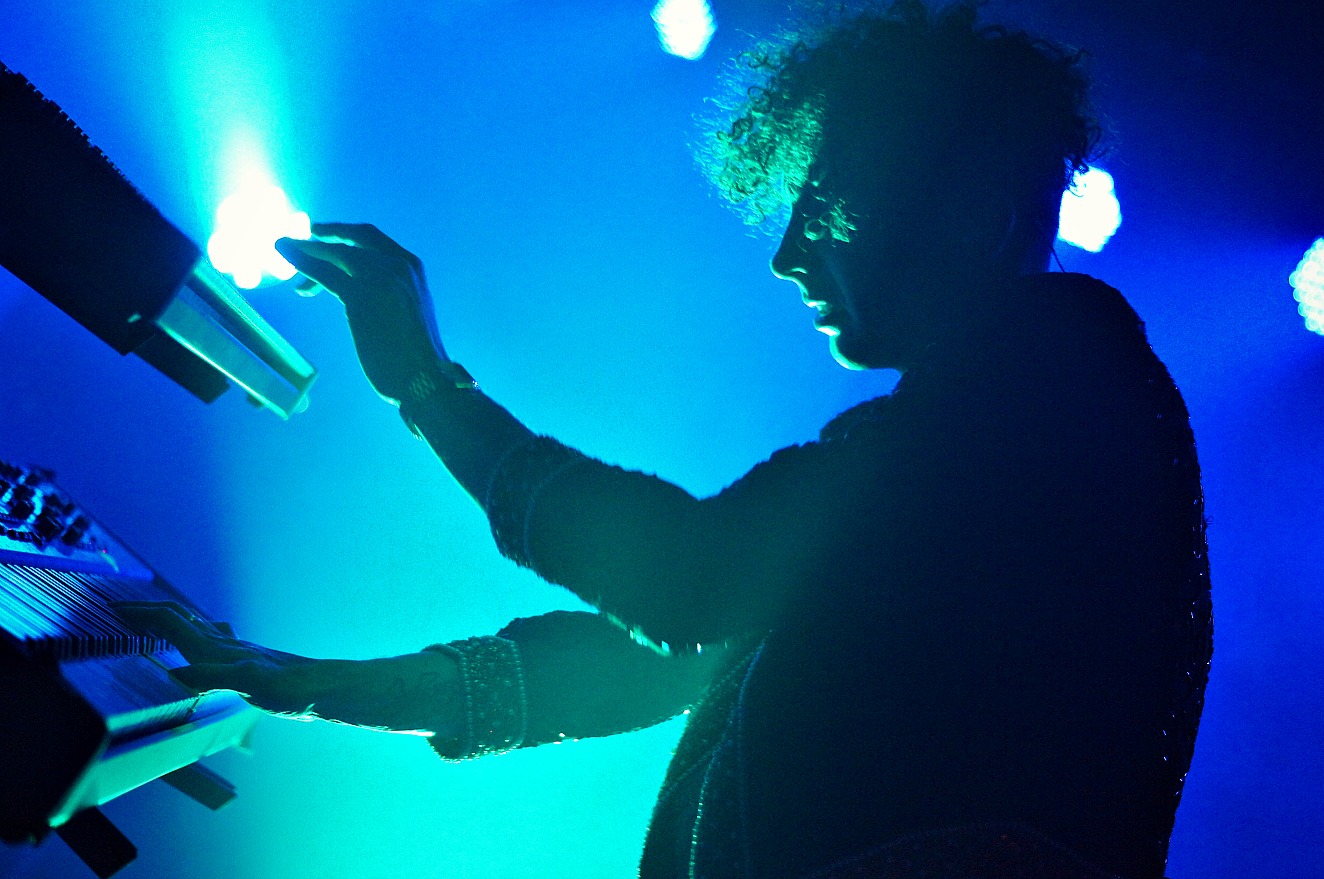 It felt like a dream when Youth Lagoon took the stage at the Bottleneck Saturday night for a continuation of student-run radio KJHK’s 40th birthday celebration. The fog hung in the air, resting on the shoulders of every young student who made it out for the festivities, and giving quite a heavenly, dream-like feel to the place. Then, the musicians took the stage, outlined only by their shimmering, sequined jackets.

Trevor Powers and his bandmates were only visible as glittering silhouettes against the glowing and vibrant lights behind them. They indulged in a wide range of songs, old and new. You could hardly see the musicians, but you could see the perimeter of Powers’ fingers stretch out towards his keyboards while his reverb-rich vocals spread across the audience.

Moon King opened up the festivities and promptly displayed the most fun anyone can have with maracas. The Canadian invasion continues this year with this poppy duo, who gleefully engaged the audience throughout the set. Daniel Benjamin occasionally would hover over the edge of the stage, waving his arms towards the crowd, inviting them to move to the music. Maddy Wilde stayed busy on the guitar and leant her vocals while synths rang out in the background. Moon King is an excellent prescription for a day filled with blues, and can surely put the spring back in your step in no time at all.