The regional reach: Why Sub Pop is the label that wants you to “think local”

The regional reach: Why Sub Pop is the label that wants you to “think local” 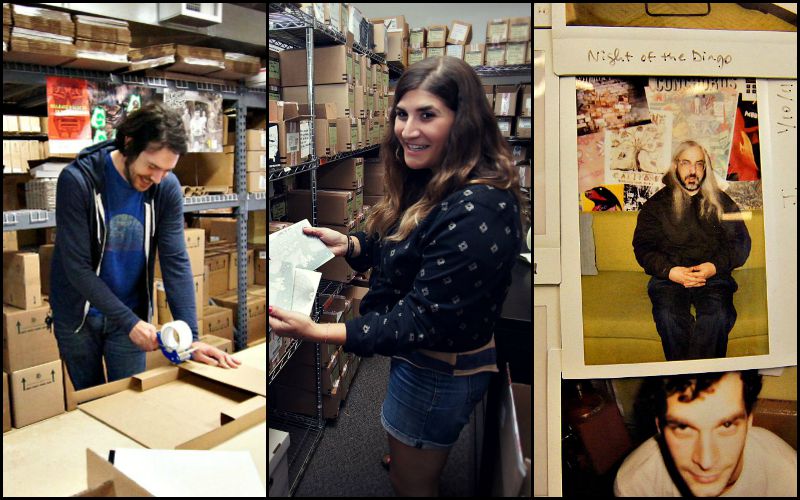 Facebook0Tweet0LinkedIn0Pin0
Editor’s note: I Heart Local Music spent time in Seattle this Summer and spoke with some influential players in the music scene. This is the second in a two-part series on how local bands can get exposure far beyond their region. Here, we meet with Sub Pop and discuss what a local band has to do to get the label’s attention.

On a Monday in Seattle, Bekah Zietz happily has her hands full. The busy publicist works at Sub Pop, a music label that boasts some of the most compelling musical acts in the nation. On this day, she’s bolting between two rooms, constantly connecting Father John Misty to journalists over the phone to promote an overseas tour. This is just one of the many items on her agenda for the day. She also set up promotions for other bands on the label and connected interviews for Beach House. Their album is set to be released on Friday (you can also catch them at Liberty Hall September 26th). In the middle of all this, she sat down with I Heart Local Music to talk shop.

There’s a reason Zietz made time to talk to a journalist from Kansas while connecting Father John Misty to journalists in New Zealand. In her eyes, every region counts. “I think what’s awesome about press is you can send a record to the New York Times, which is considered an international publication, but you could also send a record out to Nylon, SPIN, or Rolling Stone. But regionally, I think what’s awesome is when the bands play shows there,” she notes. “Our artists do make an effort. They know it’s important to not just play major market cities in the Midwest. Even if their show has five people, those are five people who could talk to their friends about that band.” The Midwest Market

Every listener counts, and no market is too small. That’s the mentality Sub Pop is looking for in bands. If a musician doesn’t put in the work for even the smallest show, they don’t want it. “I think it’s even more important for artists to play in places like that,” Zietz says, recalling how far younger music fans travel to see shows. “I remember seeing a show outside a major market city, and it feels special. Especially when you live in a college town, it feels more like an event. It’s important for our artists to play and tour the Midwest, and they do often.”

Zietz is being 100% honest. In just 2015 alone, Lawrence has seen (and will see) live shows from several well-known artists on Sub Pop’s label, including Beach House, Father John Misty, and King Tuff. Even J Mascis stopped by late last year. The label is big on keeping the roster pretty diverse, putting out albums for rockers, rappers, and comedians.

The reason for this variance in releases is because everything goes to a vote. Sometimes a label signs only what the owner likes, but that’s not the case at Sub Pop. “We have a committee of people that are listening, and we’re constantly talking. But it’s a democratic vote,” says Zietz. “A lot of times at labels, there’s just one person who votes, but at Sub Pop it’s a group of people that have to vote on the record.” This tends to get more employees on board with the end product. “What I love about our system is I think everyone is really passionate about what they’re releasing. Anyone at Sub Pop, even if you’re not on A&R staff, can pitch a band,” she says. “It’s a slow process in many cases, but it makes it so we’re focusing on the releases that we really want.” The Local Level

So if a Lawrence band wants to make that coveted list of Sub Pop releases, they may already be on the right path because it starts on the local level. “I think that the most important thing is to build a community for yourself locally, think local,” Zietz stresses. “I tell that to people all the time. That is how everything should work, if you can build out from your scene.” After countless local shows, it’s time to take on the media. “If a band is playing shows and getting written up in local papers, that’s when I start paying attention,” says Zietz, who notes that no community is too small to make this happen. “Take advantage of your surroundings. Even if you’re from a really small place, there are always bigger towns and cities next to you. If you live in a very small town in the Midwest, try to go to places like Omaha or Kansas City, or places that you can build a name for yourself and go out from there.” After tackling local stations (including college radio stations) and getting mentioned in the weekly publications regularly, Zietz says then you can start sending it off to magazines and labels (and you didn’t even have to leave the Midwest).

Zietz admits that often, getting recognized by the label is a matter of personal taste. But considering her wide range of musical tastes (anything from “Turkish psych rock to Katy Perry”), bands have a fighting chance. I want to work with people who are genuine hard workers who realize the amount of work I’m putting into it is the same that they’re putting into it. Because I want it,” she declares. “When we sign a band, we equally believe in that vision.” Then, with a statement that solidifies her dedication to bands working to make a name for themselves, she says “I love working in the music industry, but I love music more.”