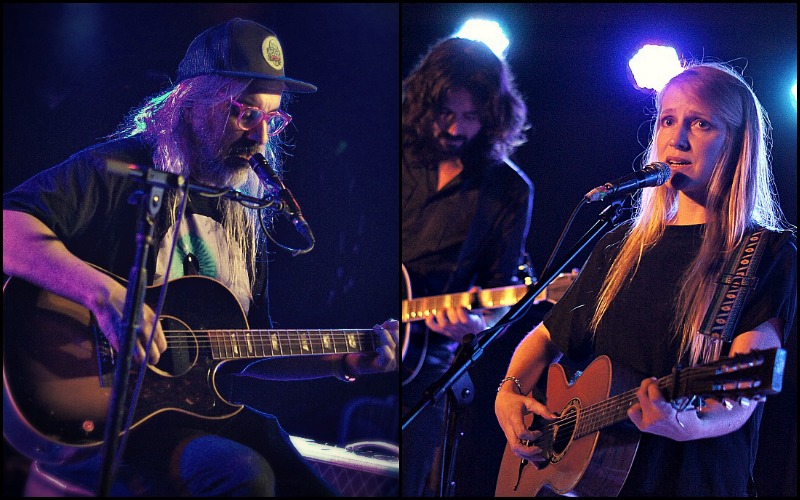 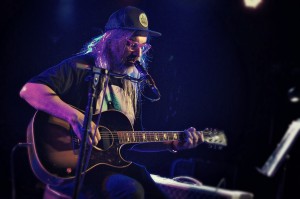 A legend blew through Lawrence this week, but it didn’t come with the usual boisterousness associated with acts this renown.

J Mascis, of Dinosaur Jr. fame, is currently on a tour that’s showcasing his dulcet side. The man known for his impeccable guitar fuzz got the crowd to cool their jets with an intriguing performance. Those fuzzy and heavily distorted guitar noises were still at the forefront, and their sudden (and frequent) arrivals in the middle of songs always prompted an eruption of applause and whistles from the Bottleneck crowd. But Mascis’ delivery was so mellow and tender, it felt like a personal invitation to get intimate with the performer… almost as though he invited you over on a quiet Sunday evening to watch him jam out in his bedroom.

Firmly planted in a chair, surrounded by gear, and keeping his head bowed, Mascis dived head-first into the mic while the doting crowd remained absolutely transfixed on the sole performer onstage. His fans’ expressions said it all. They got lost in the strumming and captivated by the noises Mascis has become so famous for. 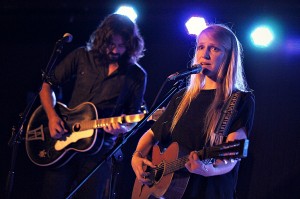 Joining Mascis on Tuesday night were Luluc, a soothing indie-folk duo that pack a pretty hard punch. The two figures onstage gently strummed, hummed and harmonized through their set while perfectly intertwining acoustic and electric guitars. The puppy-eyed Zoë Randell took command of the stage withs somber, harrowing, and beautiful numbers. The songs, despite their short length, left a lingering effect in your heart thanks to those low tones.

This was the Australian group’s first time in Kansas, and they indulged their new fans in music off the recently released Passerby. The varying styles between Randell and Steve Hassett complimented each other so majestically, we can hardly imagine room for any other musicians in this act.