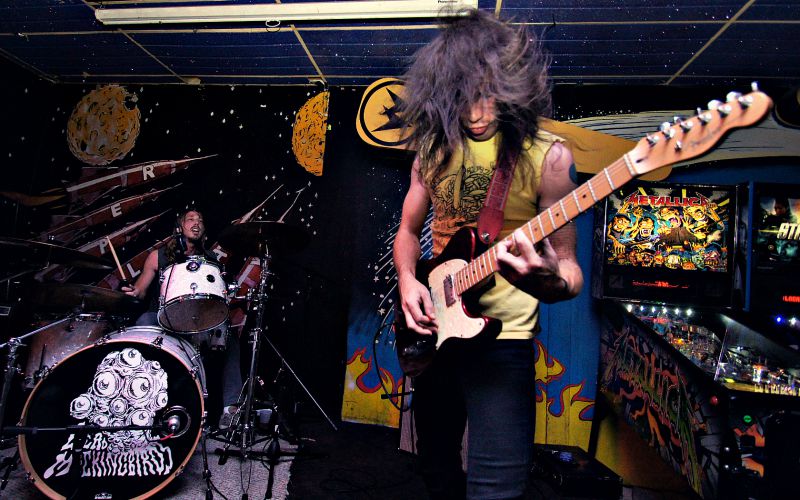 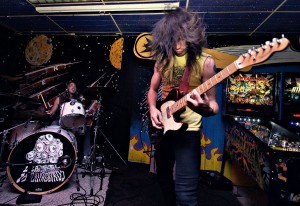 Dead Mockingbirds are about as fun as they come.

The band calls Dallas home, but is well loved in Lawrence thanks to some highly likable antics. Equal parts garage and psychedelic, this band has mastered an upbeat sound that is always welcome at the Replay. They could be some of the fastest fingers on the fret to grace the venue, which only adds to their spritely demeanor. 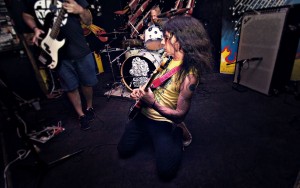 The fiery ball of energy that is the frontman goes full throttle with his cheekiness. In between songs, his comments and stage banter get well more than just giggles from the audience. The band’s frontman only half-jokingly showered Lawrence in compliments, but the feeling is mutual. The fan base here is strong, and they get booked here on a yearly basis. In fact, they tend to end their tours here so that they can return home on a high note.

Dead Mockingbirds really ought to play with Psychic Heat, and word has it that they met at a show in Texas and naturally hit it off. You’ll understand why when you hear what they sound like below:

The regional reach: Why Sub Pop is the label that wants you to "think local"