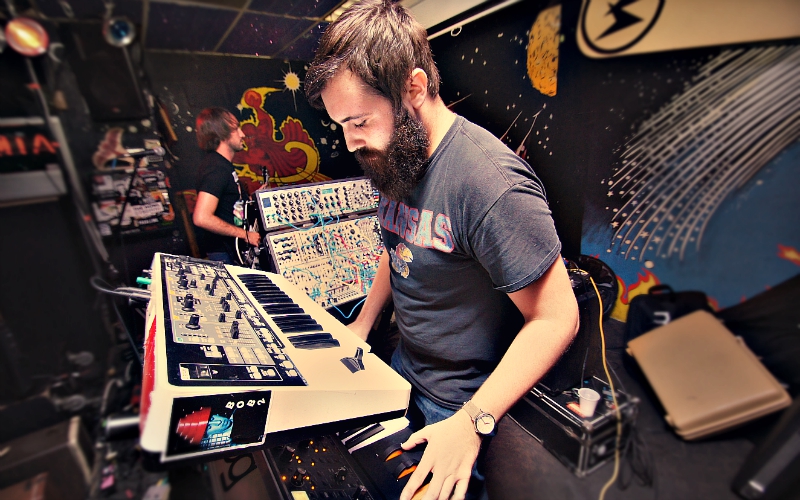 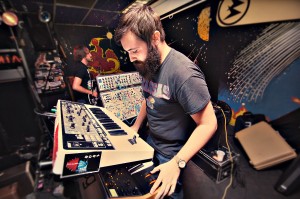 It’s been a while since Narkalark has played as a trio, but Stella got her groove back.

The Lawrence electronic act upped their game with a Thursday night set at the Replay. What’s nice about this band is that they use a manner of machines to produce their electronic sounds, rather than giving in to a program on a laptop.

Joe Shoemaker is a mad scientist of sorts, constantly twisting knobs and messing with his synths. The drum and bass manage to get jazzy without getting dweeby. The band still commands stunts from the audience, making them partake in an interesting version of “Simon Says,” but it’s an activity the audience is always happy to partake in.

At one point in between songs, Shoemaker was fiddling with wires and what not when he muttered “I should have just bought a laptop, this thing is too confusing.” He’s joking, of course. Because if Narkalark pulled out a laptop, even for a second, they’re finished. The allure of this act is that they put actual effort into making pleasant instrumental electronic music (although they do have vocal tracks every now and then) completely from scratch. It’s no easy task, but one you should definitely give your attention at their next show at the Replay on September 19.