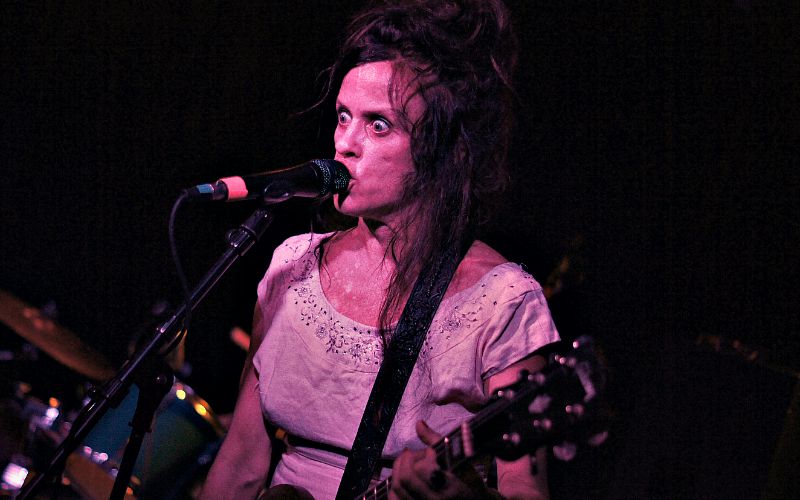 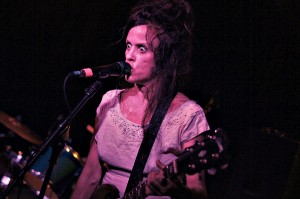 Kansas City got to indulge in some punk rock legends with an impeccably executed set at the Riot Room on Friday from Babes In Toyland.

The night began with Fea, a self-descrbed “Chicano punk rock” band from San Antonio. This might be one of the funnest punk bands we’ve seen onstage. Everything from their coordinated jumps to gorgeous yet fierce vocals from the frontwoman kept everyone’s eyes (and ears) fixated on the stage. We were particularly fond of the wildly entertaining drummer.

Fea brings so much personality to the stage. They can do this since they’ve got the expert technicality down pat, thanks to some members’ time spent in Girl In A Coma. The band is touring heavily right now, and could return to these parts before too long.

Babes In Toyland began their set by acknowledging a super fan in the audience, a man who has been to nearly 50 of their shows since the 90’s. This was a pretty good point to note with Babes In Toyland. Their fans are the type to adore them, doting on their songs and personalities. With eyes that flailed open wildly during the show, Babes in Toyland brought a physical presence to the Riot Room stage that felt like a lightning bolt bringing Frankenstein’s monster to life.