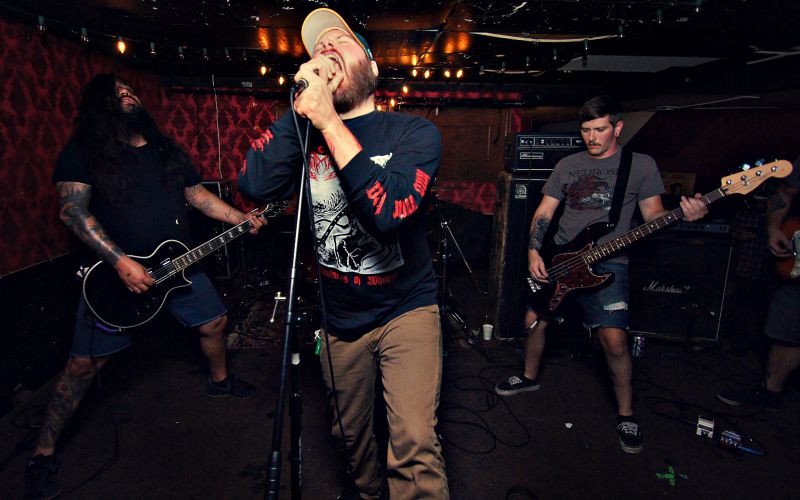 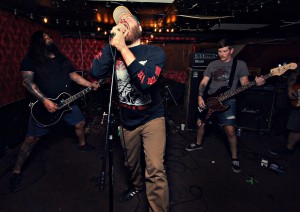 There was a lot of serious metal at the Jakckpot over the weekend, but you’ll want to take note of Amenaza.

The Lawrence band is establishing a solid spot amongst their grungy peers with an impressively brutal set executed impeccably in the key of doom. Normally, when a band starts their set, various musicians hop onstage with beers in their hands to help quench their thirst during the performance. Amenaza’s vocalist, however, showed up with an entire gallon of water because he was about to do work. 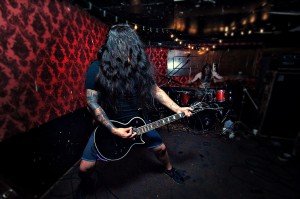 This guy’s vocals were damn near flawless. We were already impressed with the menacing tracks they threw up online. That stuff will make you crawl out of your skin. So one can only imagine how vicious the live show is. The band teases with tempos, ranging from sludgy to severe while the vocalist stomps around and savagely paces about the stage. 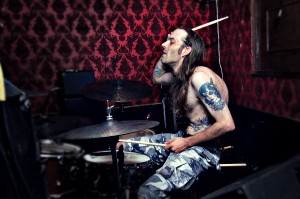 Amenaza has a growing audience, and all the right ingredients for a metal band. Thanks to a last minute cancellation they got to show some of that off at the Jackpot on Saturday. You can catch a glimpse of their callousness below:

Next post The regional reach: Why Sub Pop is the label that wants you to "think local"

Previous Article We don't mean to beat a dead horse, but...