We don’t mean to beat a dead horse, but…

We don’t mean to beat a dead horse, but… 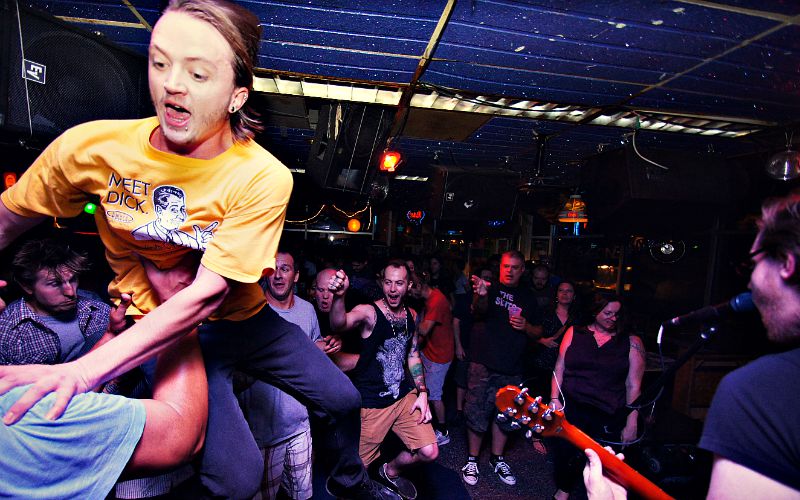 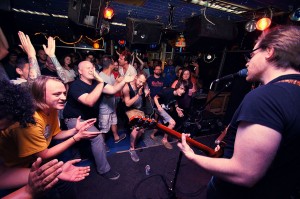 We don’t mean to beat a dead horse, but The Sluts’ fans are fucking crazy.

Yes, we know there is more to Lawrence than the Replay or The Sluts. We make a point to get to several venues a week. But when The Sluts play a show, Lawrence shows up… and apparently so does Kansas City. 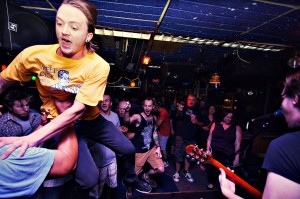 The band’s been gaining so much of a following with our neighbors out East, that (for once) Kansas City fans are now meandering into Larryville for shows at smaller venues. Last year, you could pretty much spot the usual suspects at Sluts shows. The band has sarcastically understated that their fans tend to “lightly toss each other around.” But on Friday night when they hit up the Replay, we saw tons of new faces (some of it due to the return of KU students). 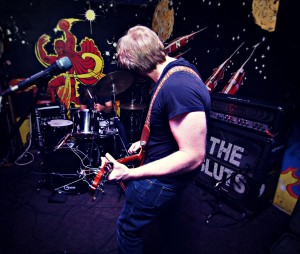 There’s no denying it. The Sluts are getting big. Huge things are in store for them. Small venues can barely contain the band and their outrageous fans. You used to be able to back up against the sides or the walls and enjoy the show, while the middle was left to the more zealous concert-goers. Now, however, the thrashers are unavoidable while their circle continues to grow and fill the venue. At most points in the show, they’re tempting fate and putting half their bodies onstage. Some are even “jumping” off of it (as much as you can jump off of such a small stage).

We had no intention of covering this show on Friday night. But for shits and giggles, here’s a clip of the malarkey that went down:

Watch: Maps for Travelers at the Jackpot